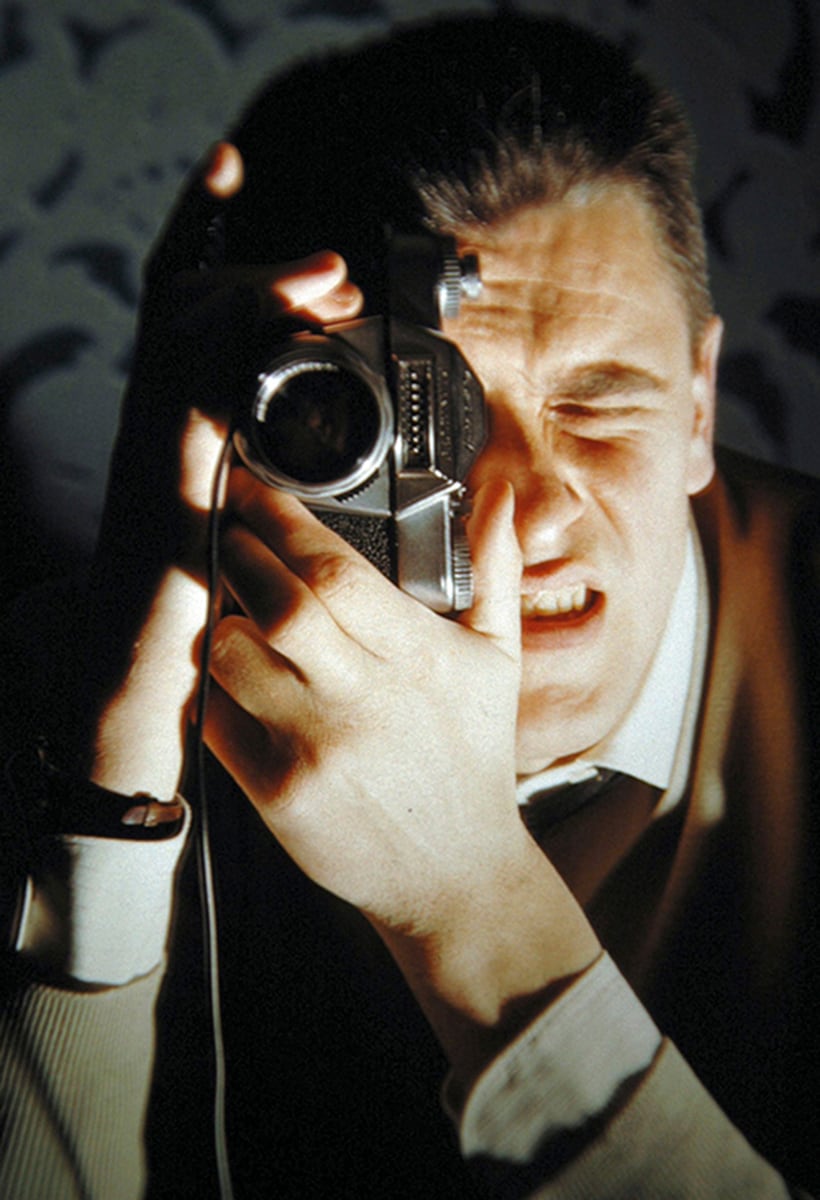 Alberto di Lenardo, a rediscovered photographer
From February 5 to May 8, 2022, at WeGil in Rome, an absolute preview of the unprecedented gaze of an Italian photographer who remained "hidden in the attic" for years

We are what we photograph. In our shots we are there, our way of seeing reality, our vision of the world. Photographing is often an act of knowledge. A much more intimate gesture than we believe that allows us to better understand the subject (people, objects, events ...) in front of us. Photographing is also an art of escape, a pretext to travel and take home a piece of the world, with curiosity, pleasure, a taste for discovery, openness to amazement. 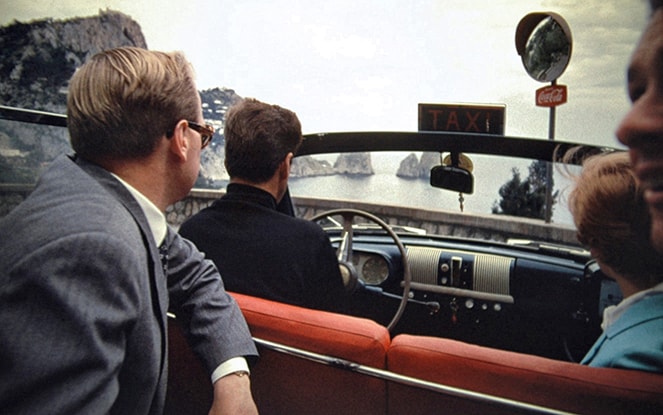 This is striking looking at the photographs exhibited at the WeGil in Rome, the cultural hub of the Lazio Region in the Trastevere district, which hosts the exhibition Alberto di Lenardo. Lo sguardo inedito di un grande fotografo italiano dedicated to a late twentieth-century author who was literally "hidden" in the attic (a detail that unites him with another great twentieth-century photography artist: Vivian Maier) and whose work is being proposed for the first time to the public in this unprecedented exhibition. 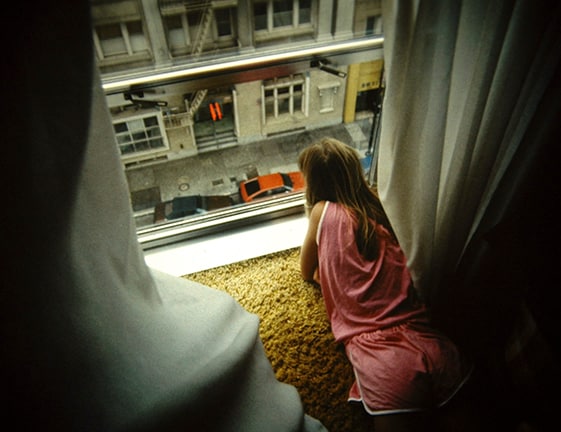 The project is curated by Carlotta di Lenardo, niece of the photographer, who revealed his talent after his death in 2018, publishing An Attic Full of Trains for the types of the London publishing house Mack, which contains a selection of the immense archive of images inherited from his grandfather. A glimpse of the Italy of the recent past through the gaze of a photographer who remained unknown until his death. With this retrospective, WeGil returns to host great photography but this time it does so by focusing the lens on the hidden artistic heritage of our country. 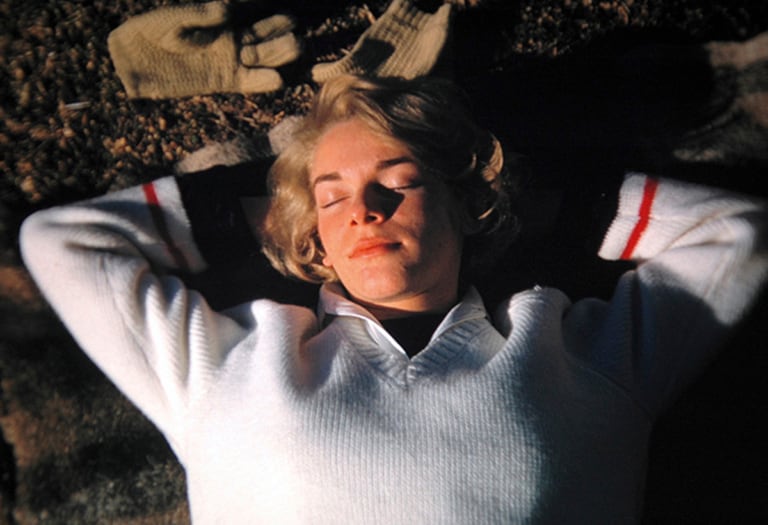 “My grandfather has always loved photography and has continued to do so throughout his life. It was his way of communicating his feelings and allowed him to reveal emotions that his generation struggled to put into words. His images accurately reflect his inner serenity, a state of mind that he has always tried to convey to us, and at the same time manifest his constant search for a stolen and never banal shot. In fact, he preferred that his subjects were almost always unaware of the camera, so as to be spontaneous and real, a pure reflection of the moment ". With these words Carlotta di Lenardo tells of when, just sixteen, during a family lunch, her grandfather wanted to talk to her about his passion for photography and share with her his archive of over 10 thousand shots. 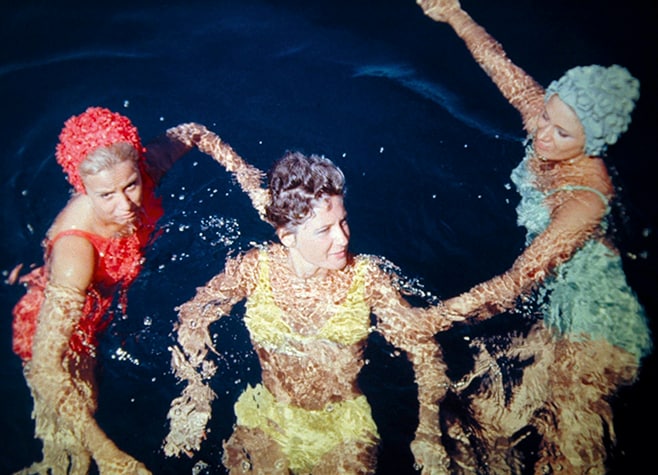 Born in 1930 in Ontagnano (Ud), di Lenardo spent his adolescence between Trieste and Udine and then moved to Bologna, due to the war. There, in August 1948, he took his first photograph inheriting the passion from his father. In his diary he notes: “Bologna: view from my house in viale Risorgimento. In the house opposite, on the top floor, lives a girl I would like to meet ... "From that moment on, she will never be separated from her faithful camera, a Pentax that she will carry with her everywhere, using it at any free moment, without a tripod, in search of the perfect moment, at the right angle. At the age of 24, he returned to Ontagnano with his parents and began working in the family business. Here he will live until 2018, the year in which he passed away. 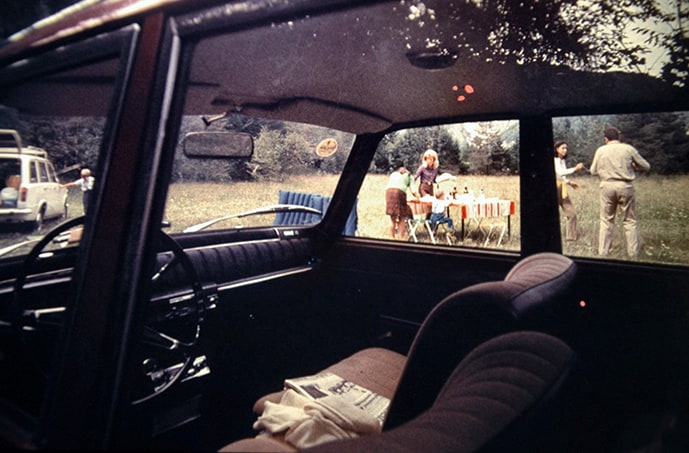 “These images and the way he got excited as he shared them with me, drawing them in his incredible and detailed memory, made me fall in love with photography and conditioned my professional life in this industry. Photography was something of ours, something he and I shared and jealously treasured ”, continues Carlotta. 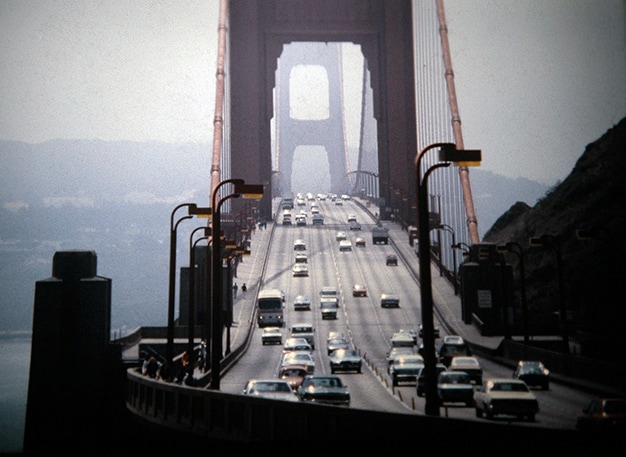 Return to San Francisco via the Golden Gate Bridge, 1979.

The exhibition brings together 154 images that tell a glimpse of the photographer's personal life: beaches, mountains, cafes, car journeys captured in their most vivid colors and which carry with them the sign and beauty of the time passed. In Lenardo's shots we find the poetry of feelings that cannot be expressed in words but that, through the film, are fixed in a memory, sharing the same emotions that the photographer felt in showing his memories to his niece. 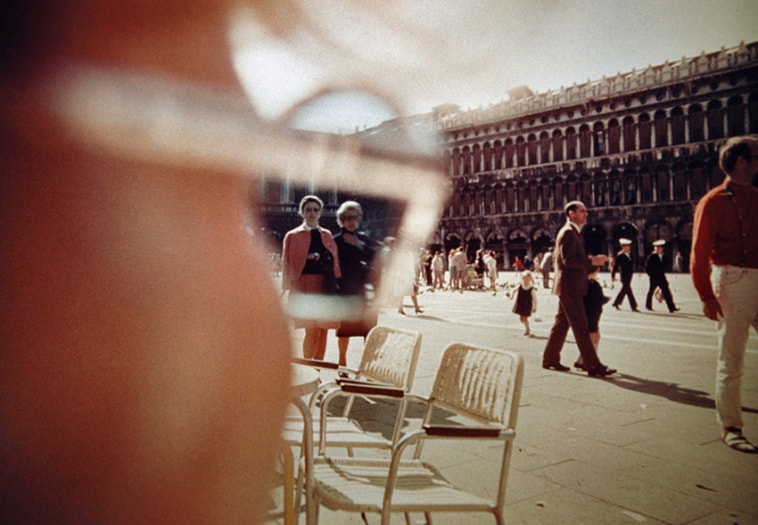 The exhibition project reveals an intimate and colorful portrait of Alberto Di Lenardo's photographic work in over sixty years of activity. The unique opportunity to give a new name to the history of photography: in an era that sees the multiplication of exhibitions dedicated to the great masters or interpreters of visual art inspired by them, Lenardo's gaze emerges for his very personal style . Characterized by a simplicity that is never banality, superficiality, lack of depth, but essentiality, desire to aim at the substance of the image: qualities that technically translate into softness, low contrast, avoiding the risk of repetition and standardization, of the beautiful photo glossy but the same as hundreds of others that often make photography a souvenir. 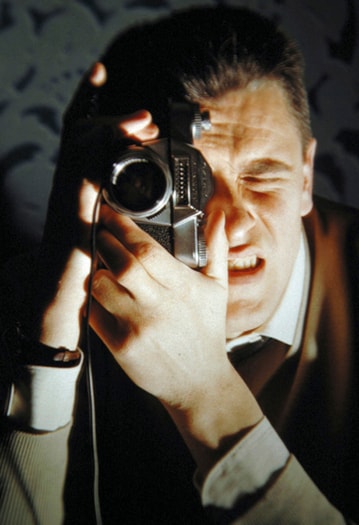