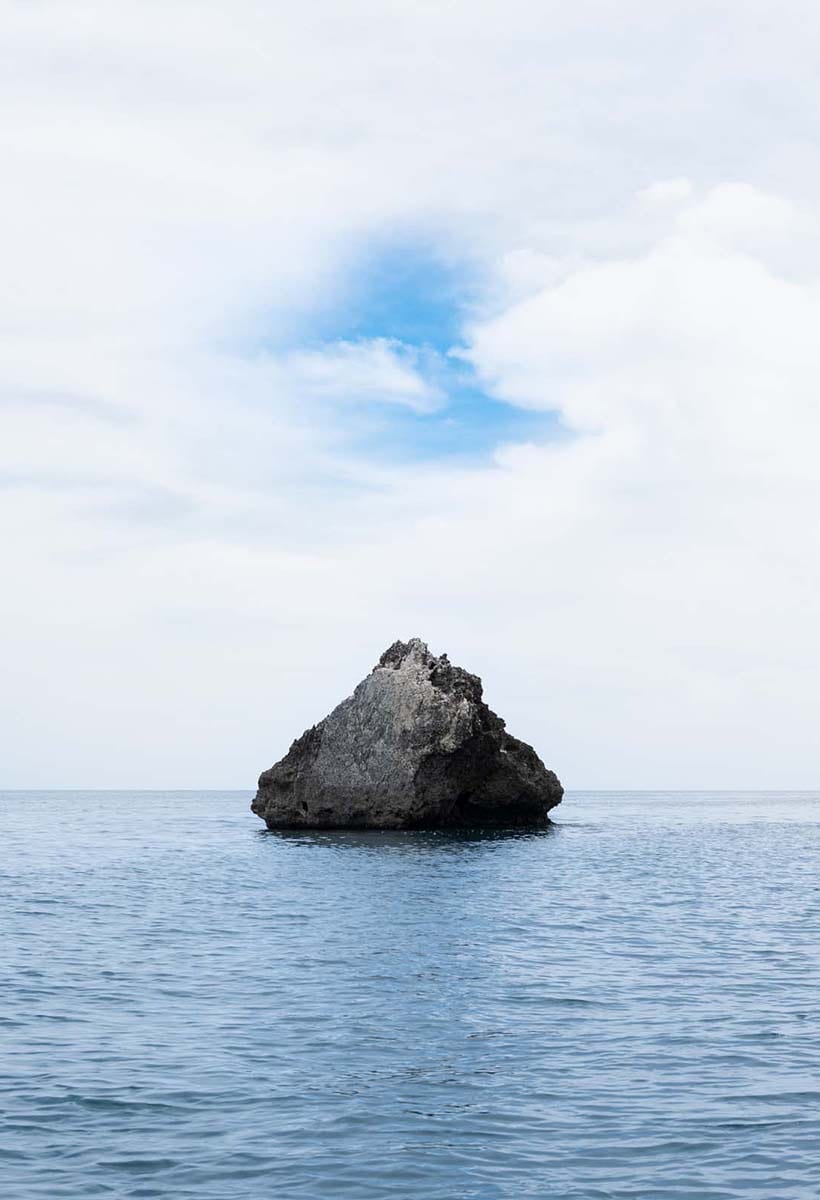 ArtNoble Gallery presents, at the headquarters in via Ponte di Legno 9 in Milan, the personal exhibition of the Turin artist which includes an anthology of archival works and new unpublished works. From May 25th to July 28th

Quantum physics has shown, in the recent past, the image of a fluid, unitary reality, in which mind and matter form an inseparable whole. But the ancient human way of thinking and perceiving still shows a fragmented reality, a divided world, a world in which every human being is separated from himself, from other human beings, from all other forms of life, from the rest of nature. In Frammentazione e unità, inspired by the title of the opening chapter of David Bohm's historic volume, “Universe. Mind. Materia ”, in the exhibition at ArtNoble Galler Selvestrel explores the contrast between the natural world and the human world. 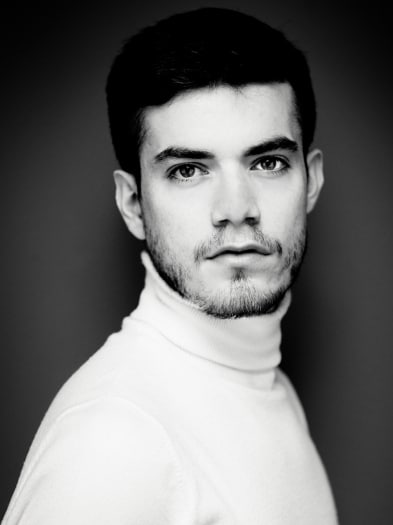 Alberto Selvestrel in a photographic portrait by Giovanni Gastel.

From birth, people find themselves living in a society where everything speaks of fragmentation and borders: the world is divided into nations, regions, cities and countries, languages, cultures, codes. Cities are agglomerations of houses where the walls create boundaries between one family unit and another, between one human being and another. Science, art and professions are moving towards an increasingly sectoral and specialist knowledge: architecture is a language that highlights the phenomenon of fragmentation that involves this historical era. The architectural work has now become accustomed to the idea of the border, forcing you to cross gates, open doors, move between walls and buildings, interact with private and public spaces. Only when thought is able to grasp the fundamental unity of the whole universe will humanity be able to make a leap of civilization, an evolutionary leap. 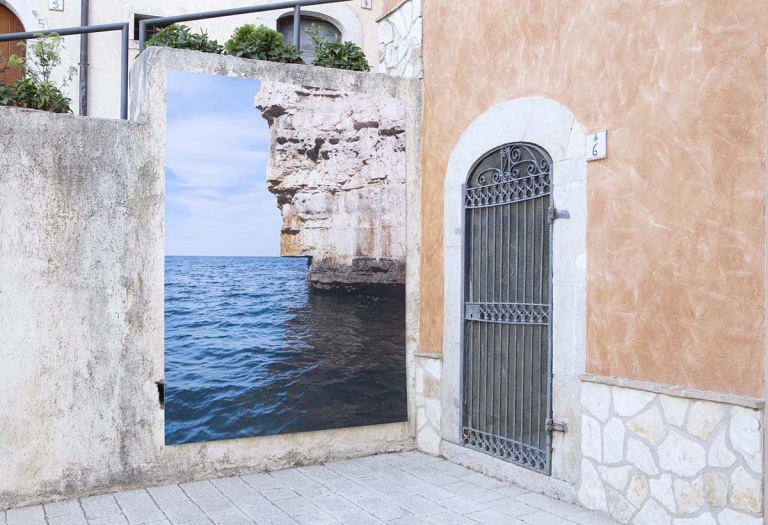 Piedmontese, born in 1996, Alberto Selvestrel starts from these assumptions and focuses his photographic research on the anthropic landscape and its modifications, through geometric and minimal compositions. The artist condenses the maximum of his conceptual expression into the minimum of form, developing photographs that establish a link between the reality of the landscape and the one he imagined. Exploring the concept of landscape in a nostalgic way, Selvestrel's works fascinate with the clarity of content and an uncompromising attitude towards conceptual and minimal art. 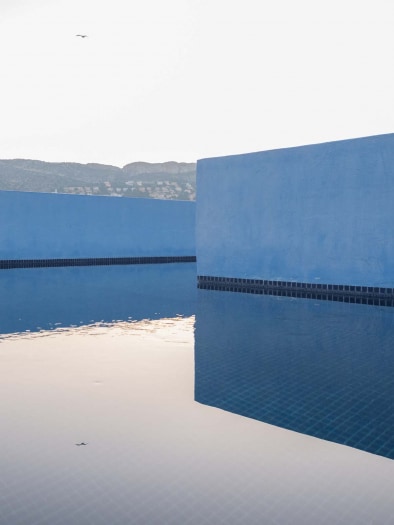 The role of photography

Continuing his research, Selvestrel underlines how: “We have become accustomed to conceiving the world as an organic set of separate parts that perform different functions as in any mechanical body. Photography, like any language, focuses attention on the particular, highlighting it and tearing it away from its context. This fragmentation process reveals to the viewer an altered vision of the world as it offers a subjective point of view. Photography therefore lends itself very well to highlight the phenomenon of fragmentation so rooted in our time ". According to the artist, it is necessary to overcome this altered vision, returning photography to its fundamental characteristic, the universal, without which photography itself would not exist. 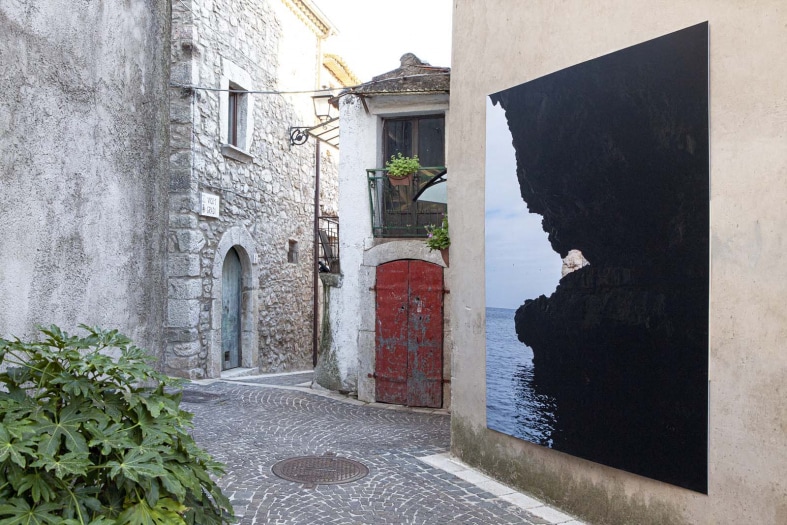 The photographs exhibited in the first part of the exhibition are made up of edges of walls that stratify the landscape and constant references to the natural world through glimpses of sea and sky. The individual parts of each work behave like pieces of a mosaic that by composing themselves restore the image of a world where architecture and nature seek a synthesis and a profound union. In contrast, in the second part, the photographs move in a different direction. The reflection shifts to the natural world and its behavior. In nature, nothing if taken individually is self-sufficient since each element is connected to all the others. By carefully observing the natural world, it is possible to intuit a connection that arises from the depths, which permeates everything and promotes the changes we perceive. It is precisely through this interconnection that the whole of existence finds its meaning. 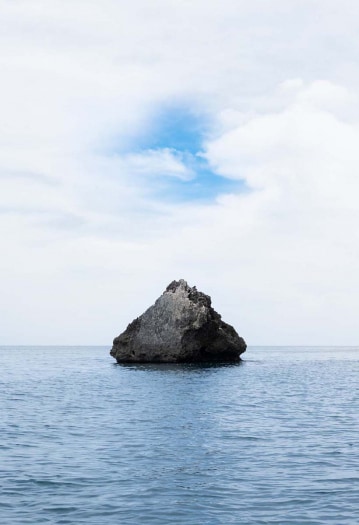 William Blake in "The marriage of heaven and hell" writes: "If the doors of perception were opened, everything would appear to man as it truly is, infinite. Because man has locked himself up by himself, until he no longer sees things than through the narrow crevices of his cave ". The final part of the exhibition draws inspiration from this suggestion: here photographs of sea caves seem to open the doors to a world where nothing is made up of parts but everything is permeated by a single light. Contemporary man is halfway between an artificial world that speaks of fragmentation and a natural world that speaks of unity. And it is precisely in the right relationship between these two dimensions that we will be able to find a balance in existing. 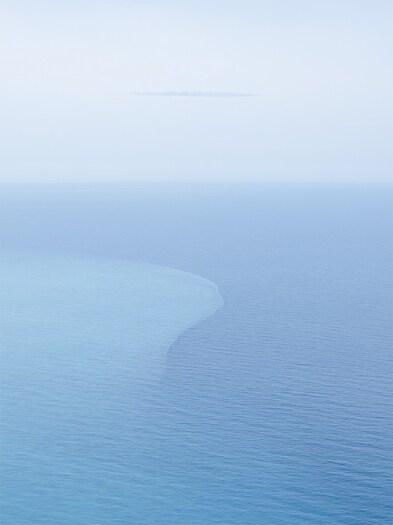