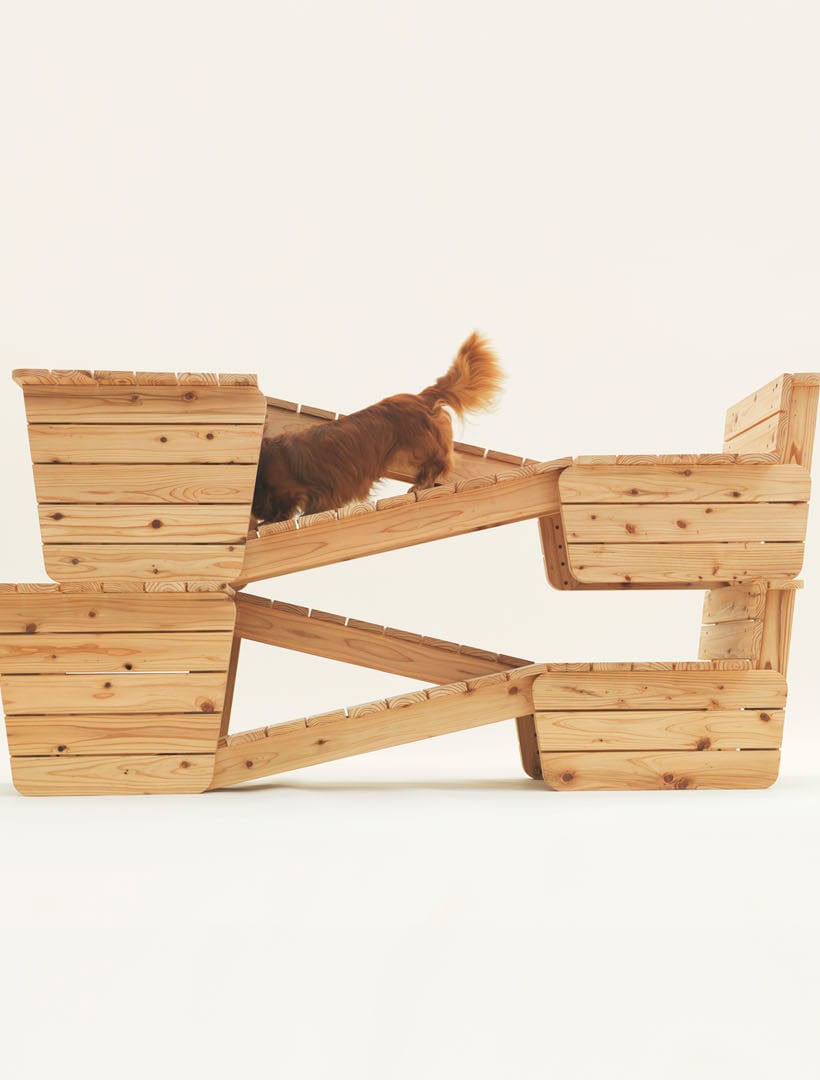 The project on design beds for dogs reaches Brazil for the first time, presenting the Cocoon by FGMF Arquitetos

The project Architecture for Dogs has been presented for the first time in Brazil in an exhibition at Japan House São Paulo, curated by the Japanese designer Kenya Hara and organized by the North American Imprint Venture Lab.

For the occasion, the Brazilian firm FGMF Arquitetos, the first Latin American studio to take part in the unusual project, has created The Cocoon, a doghouse specifically for Yorkshire Terriers.

More than just doghouses, the show sheds light on interesting research in projects on an intermediate scale involving both space (architecture) and furnishings (design).