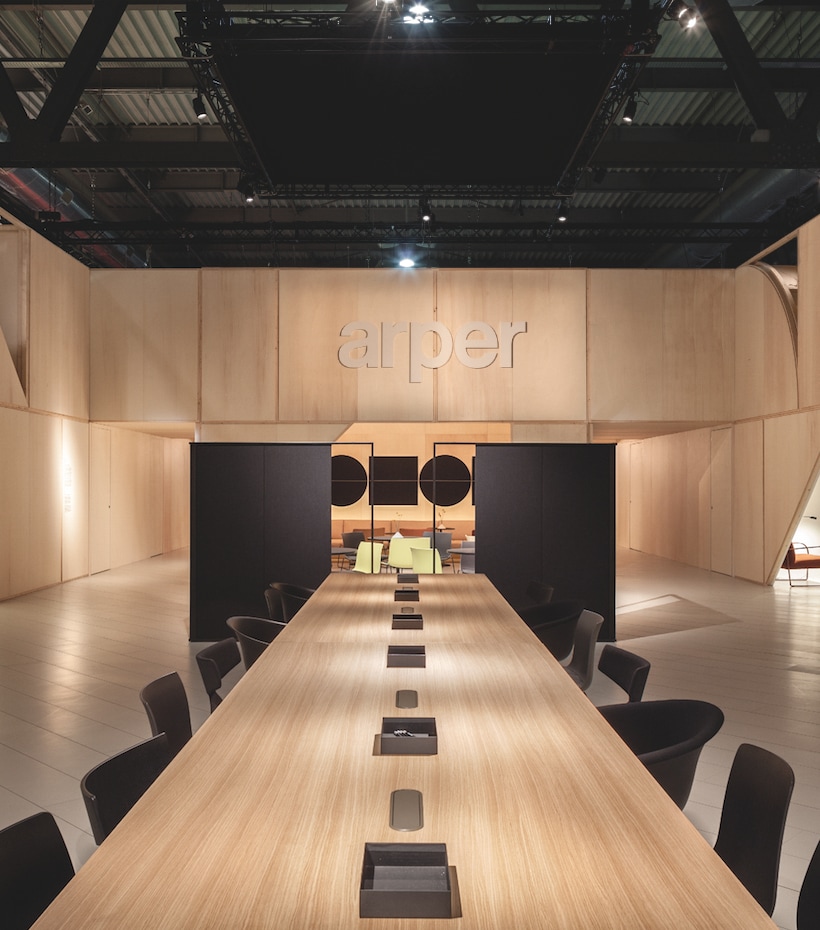 The architecture firm MAIO has designed the booth for Arper – together with Jeannette Altherr/Studio Lievore Altherr, creative director of the brand’s visual concept – by interpreting a system capable of creating a suitable space of dialogue between architecture and the collections.

«For Arper, we have designed a system of basic components that can be reorganized, to adapt to the different types of spaces where it will be used. These elements are the structure itself, self-supporting, easy to assemble, and very efficient.»

The various rooms could be accessed from a main court and crossed, passing from one space to the next. The project by MAIO at Pavilion 16 featured spaces that could be shaped, compressed or expanded, in relation to the display dynamics of the collections.

The ceilings with unusual, variable forms contributed to set the tone of each individual space, in an effective narrative sequence.

At the same time, at Pavilion 22 Workplace 3.0, the same display system took on another guise, in terms of both forms and materials. The booth was like a play of shadows and transparencies to bring out the continuity of the space, thanks to facings made with a translucent material.