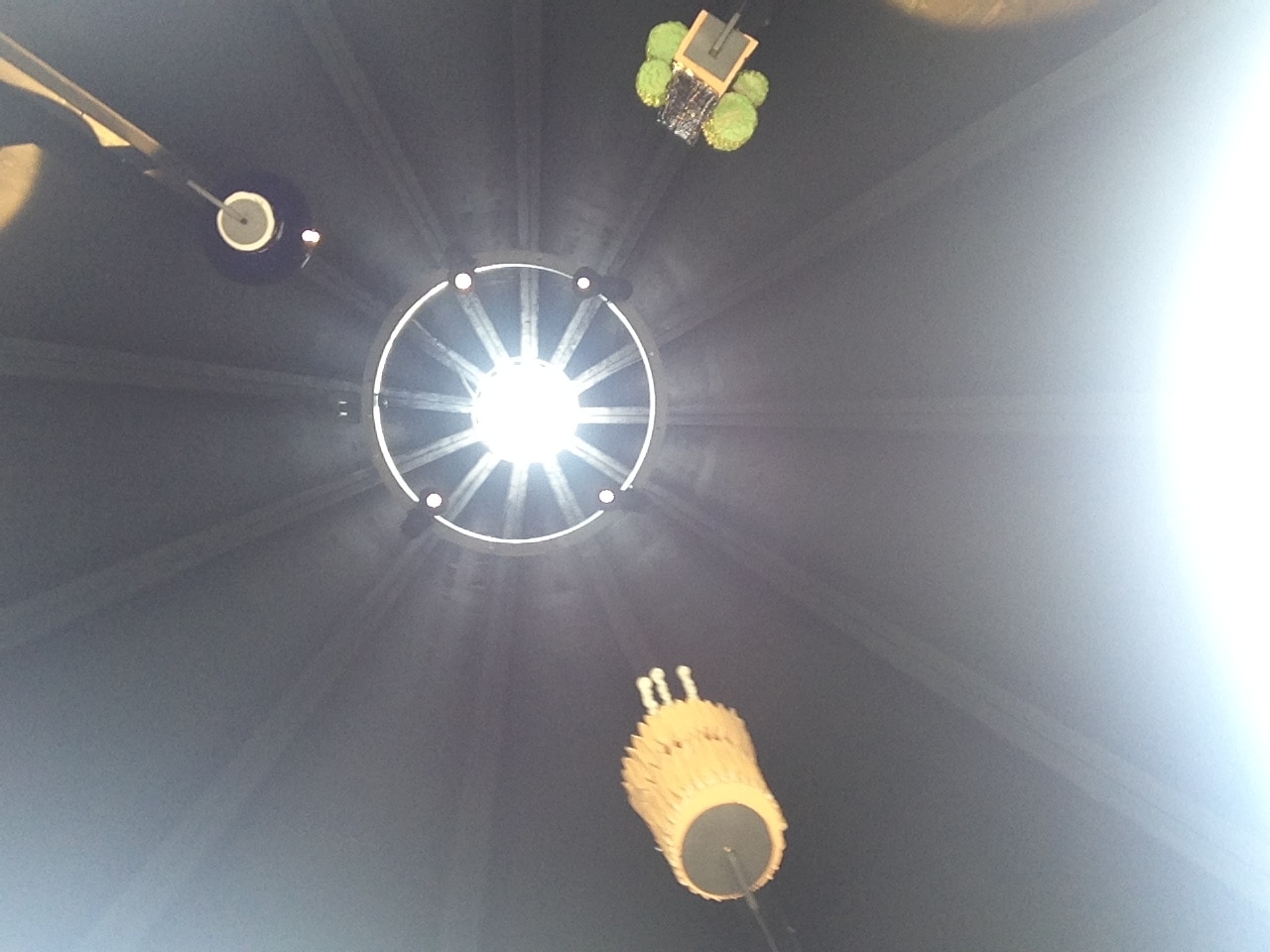 Lighting by Artemide in the project “Arch and Art” set up in the gardens of the Triennale. A project that bears witness to the ties between a work of architecture and a work of art: five pavilions designed by five architects and five artists. Including Michele De Lucchi with Enzo Cucchi.

The pavilion by Michele De Lucchi is a fireplace nine meters in height, a wind tower, an unusual chimney built to contain four terracotta works by Enzo Cucchi. It is conical in the lower part and cylindrical in the upper part.

The works of Enzo Cucchi seem to be suspended and attract the gaze due to their extraordinary force. During the day they are lit by the sun, entering through a porthole at the top of the, and from above by the Tycho spotlights of Artemide, designed by Michele De Lucchi, suspended from the structural ring.

“Tycho has the task of placing accents, doing it in the simplest way possible. I have designed a visor, an eyelid that directs the light and prevents glare,” Michele De Lucchi explains.