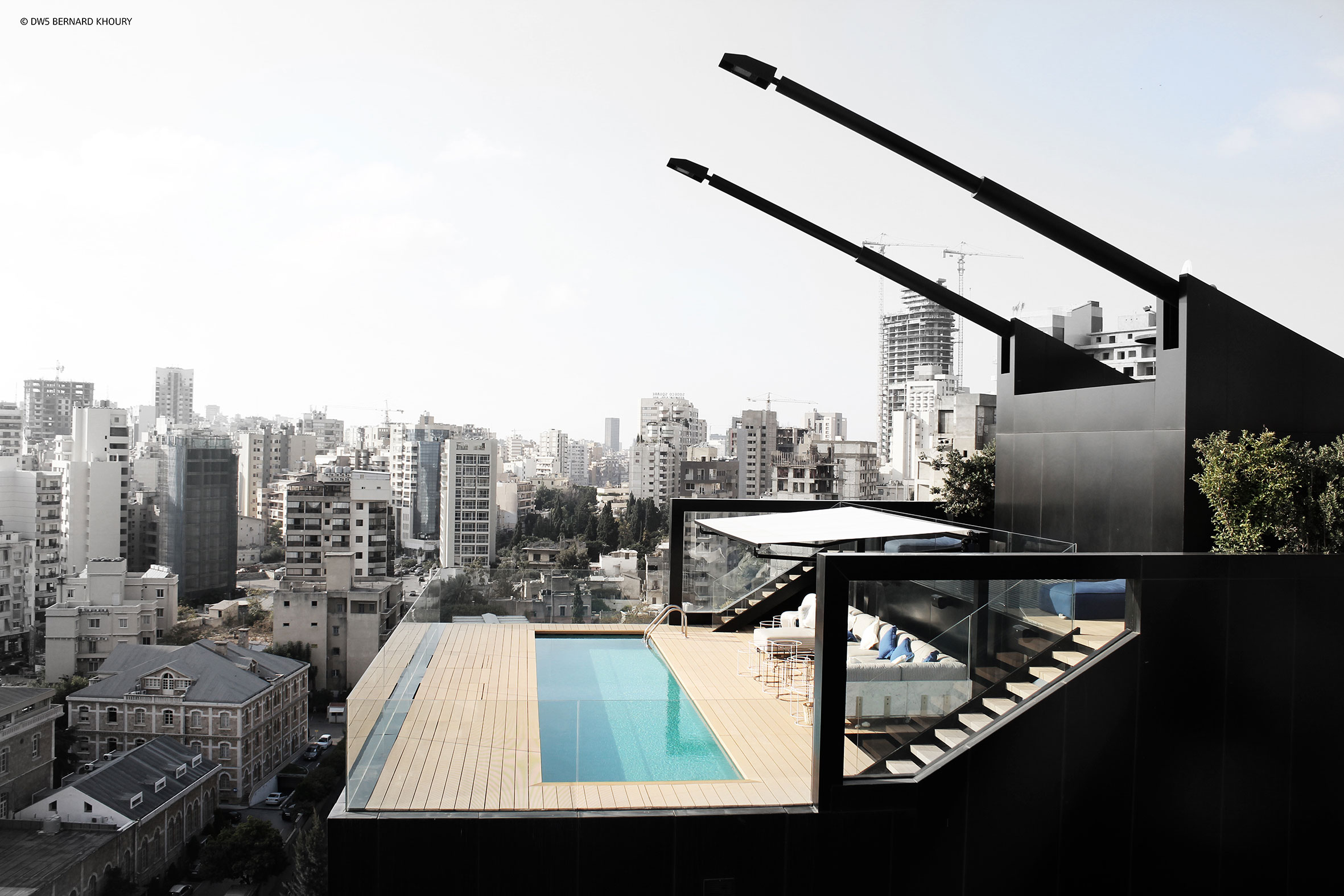 The exhibition space of Iris Ceramica e FMG Fabbrica Marmi e Graniti in Milan narrates the theoretical research and constructed works of one of the most brilliant, unpredictable and visionary Lebanese architects, Bernard Khoury.

Bernard Khoury. In order  of appearance, curated by Khoury himself with Luca  Molinari, in collaboration with Alessandro Benetti and Danielle Makhoul,  is a story told through drawings, images and words.

The buildings designed by Bernard Khoury / DW5, the professional practice founded in Beirut in 1993, are among the most spectacular landmarks of the city.

The B 018 underground disco (1998) celebrates the unbridled hedonism of Lebanese nightlife, while the poles that light the swimming pools of the N.B.K. Residence (2013) are like beacons on the Beirut skyline. The recent Plot #4371 (2015) concentrates 29  apartment-ateliers for the new creative elite of the capital around a colossal circular freight elevator of 30 square meters.

SpazioFMG and Bernard  Khoury have selected over 100 drawings, visions and photographs where the architecture and spaces of the city, real and imaginary, overlap, interact and blend together.

The exhibition directly engages visitors by telling 16 stories through the use of Talking Objects  suspended inside the gallery.