Housed in the Palazzo del Podestà of the enchanting medieval village, the exhibition 'Shape, structure, color. Paintings and drawings from 1936 to 1962 'is a tribute to the Piacenza artist Bruno Cassinari

Among the most beautiful villages in Italy, Castell’Arquato, in the province of Piacenza, pays tribute to Bruno Cassinari, an artist from Piacenza who had a dialogue with Picasso, Chagall Paul Eluard and Jean Cocteau, between the French coast and the native hills.

From Saturday 25 September 2021 to Sunday 31 October 2021, the Palazzo del Podestà, located in Piazza del Municipio 1, will host the Bruno Cassinari exhibition. Shape, structure, color. Paintings and drawings from 1936 to 1962 that traces the 40s and 50s, with a selection of works - about thirty in all, including oils, drawings and a sculpture - belonging to private collections. 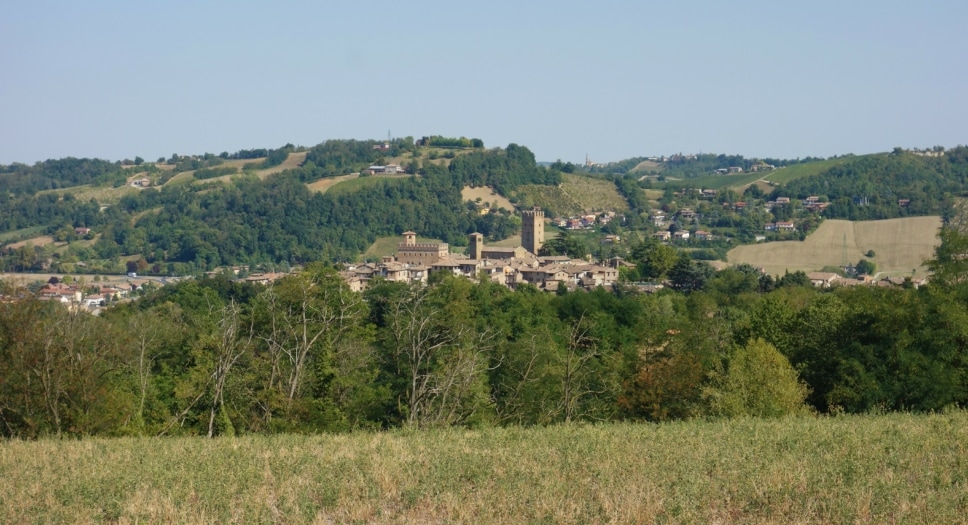 The exhibition therefore has a particular character that makes it unique: it traces the 40s and 50s through a selection of works and drawings belonging to private collections.

It also represents an exclusive opportunity to admire the art of Bruno Cassinari in the context of a suggestive and fascinating setting, that of Castell'Arquato, a medieval village located on the first hills of the Val d'Arda, between Piacenza and Parma, which blends perfectly harmony of culture, history and naturalistic riches. Specifically, the exhibition will be exhibited at the Palazzo del Podestà, a prestigious building dating back to 1292 which was the seat of the Podestà and the residence of the Count of Santa Fiora and which now houses the beautiful Council Chamber. 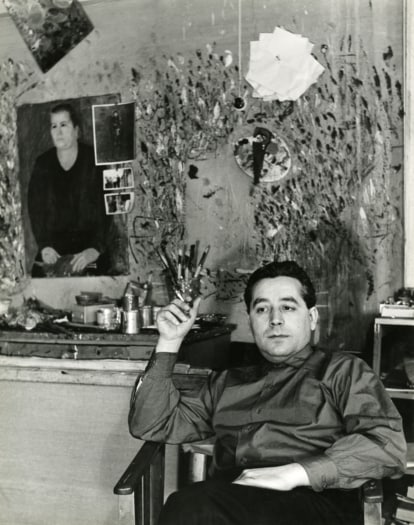 Bruno Cassinari. Ph. Paolo Monti, from a photo shoot in Milan in 1958

"This exhibition opens and closes with two portraits of the mother, a very important figure for my father, who had great adoration for her," says Giovanna Cassinari, daughter of the artist, as well as curator of the exhibition and catalog with Ivo Gori. "Not having known her, I imagine her through people's stories, my father's drawings and paintings, and her letters found in the studio, which were equivalent to our technological messages today, but were certainly more poetic and less synthetic".

“The exhibition intends to underline the highly original synthesis of neocubism in which lyricism and reflection on classicism are a high compositional exercise of forms” explains Ivo Iori. "Cassinari found its highest expression in the two decades 40s and 50s, respecting their respective particularities." 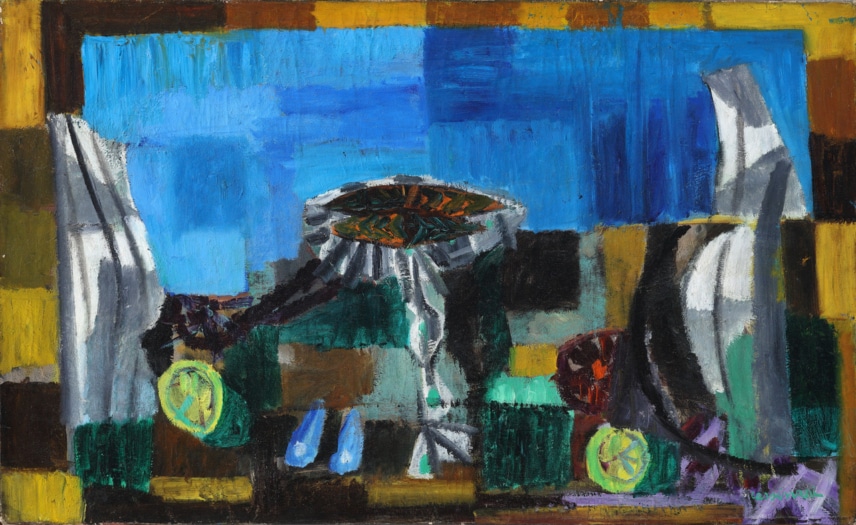 Bruno Cassinari (1912-1992), painter and sculptor from Piacenza, was one of the most important Italian artists of the second post-war period. Already at the end of the 1930s, the artistic quality of his works was widely recognized, but his work reached full maturity after the war, a period in which Cassinari received numerous awards, including the Grand Prix of Italian Painting, achieved in 1952 at the XXVI Venice Biennale.

After attending the Gazzola Art Institute in Piacenza for two years, Cassinari moved to Milan in 1929, where he has been intensely active since joining Corrente (1938), tying himself in particular to Renato Birolli, Ennio Morlotti and Ernesto Treccani: the group's goal is to break with the twentieth century tradition to affirm a new figurative poetics. 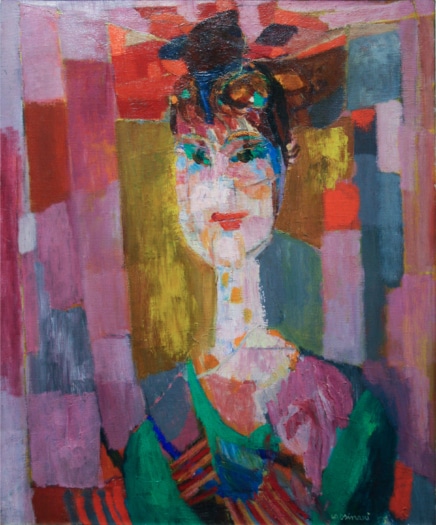 Since 1949, the year of the trip to Antibes, Cassinari combines his love for the native countryside with that for the French coast. He meets Pablo Picasso, Georges Braque, Marc Chagall, Paul Eluard, Jean Cocteau in Antibes, where he moves and, in 1949, opens a studio, already mentioned in 1953 in Lionello Venturi's Commentaries. In the 1960s he develops an intimate and personal, almost poetic realism, represented through new themes, including "figures" and "still lifes" are often present.

Cassinari obtains enormous success with the public and critics, so much so that he lives his life and travels to exhibit his works in countless Italian cities, museums and galleries (Venice, Piacenza, Florence, Milan, Rome, Palermo, Turin, Brescia) and foreign (Paris, Lausanne, New York, London, Munich, Berlin, Caracas, Buenos Aires); he will be the protagonist of the major contemporary art exhibitions (Venice Biennale 1952, Rome Quadriennale) and awarded with countless prizes. In 1962 he returned to Gropparello (PC), his native land, and opened the studio with Ernesto Treccani. From that moment on, the rural environment already investigated in the 40s has reappeared in his work, now moved and lit up in a dramatic sense. 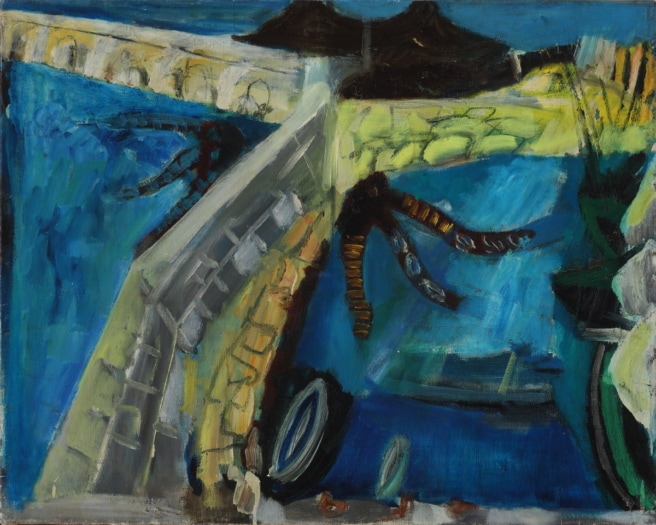 Born from an idea of ​​Giorgio Milani, supported by the Piacenza and Vigevano Foundation with the Municipality of Castell'Arquato, operationally welcomed by Gilda Bojardi and Sandra Bozzarelli, the exhibition displays thirty works of which 21 oils on canvas and 9 drawings, to which an equestrian statue is added.

Bruno Cassinari. Shape Structure Color. Paintings and drawings from 1936 to 1962, which is added to the exhibition that the Municipality of Piacenza dedicated to the Maestro in 1983, in Palazzo Farnese, represents a unique opportunity to see works belonging to private collections (Piacenza and Milanese) and to that of the Piacenza and Vigevano Foundation. 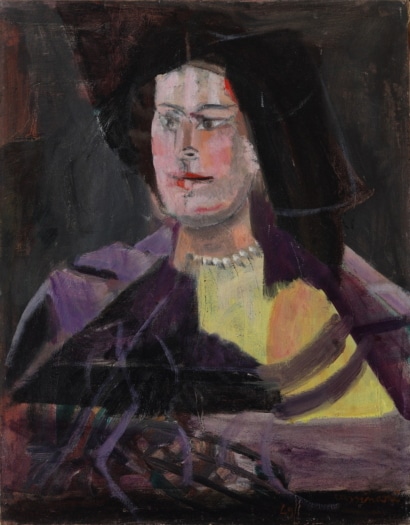 The exhibition focuses on a targeted selection of thirty works, including oils, drawings and a sculpture, relating to the historical period of the 1940s - 1950s, all published in the catalog.

In fact, the 1940s represent a period of fundamental transition in Cassinari's works. Both the current years (which ends in 1943) and those immediately after the Liberation (1945 - 1950) highlighted in Cassinari's production the approach to an art that could independently differentiate itself from the two major trends of the period : abstract and figurative art. This sought-after third way of his is a very original synthesis of neocubism in which lyricism and reflection on classicism turn out to be a compositional exercise of forms, which found its highest expression in the two decades 40s and 50s.

The exhibition Form, structure and color highlights Cassinari's painting as a synthesis of cubo-matissian structuring, luminous chromatism and contemplation of reality.

"Geometry", which Cassinari introduces more and more since the early 1950s, is considered by him to be the best way to get closer to reality and the sensations experienced. 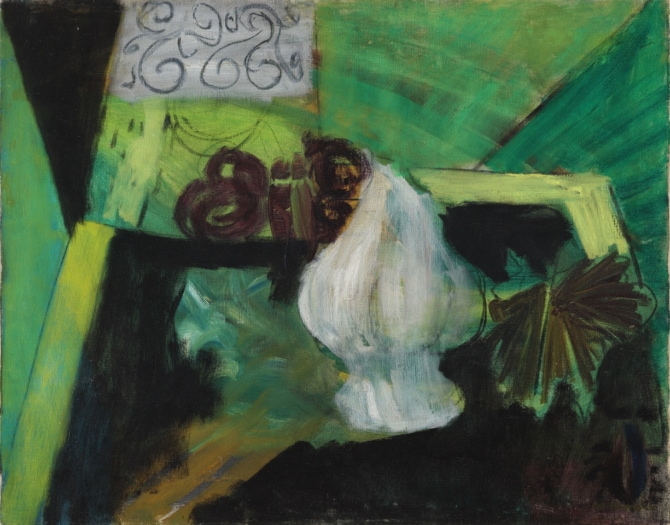 "My painting" said Cassinari "can never be 'abstract', in the sense that it can never be detached from the reality of sensations, nor detached from the joy and presence of things. I believe too much in the color of the sea, in front of which I work for so many months, I believe too much in the splendor of the leaves, in the warmth of human faces, I feel their weight too much, so that they do not come forward, with arrogance, in my work. I think it is necessary to better illuminate these presences. I strive to translate their weight into rhythm, their warmth into light more and more clearly ”(Ponente, N., 1958: Cassinari. La Bussola: Rome). 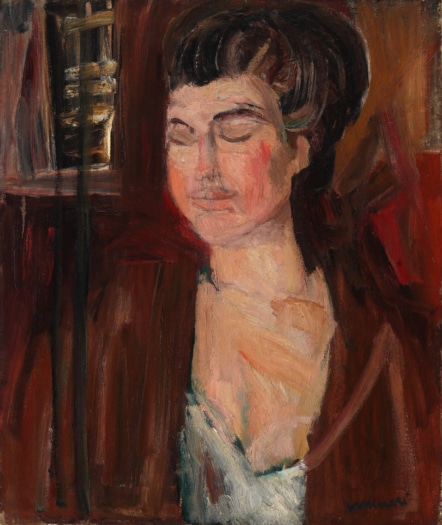