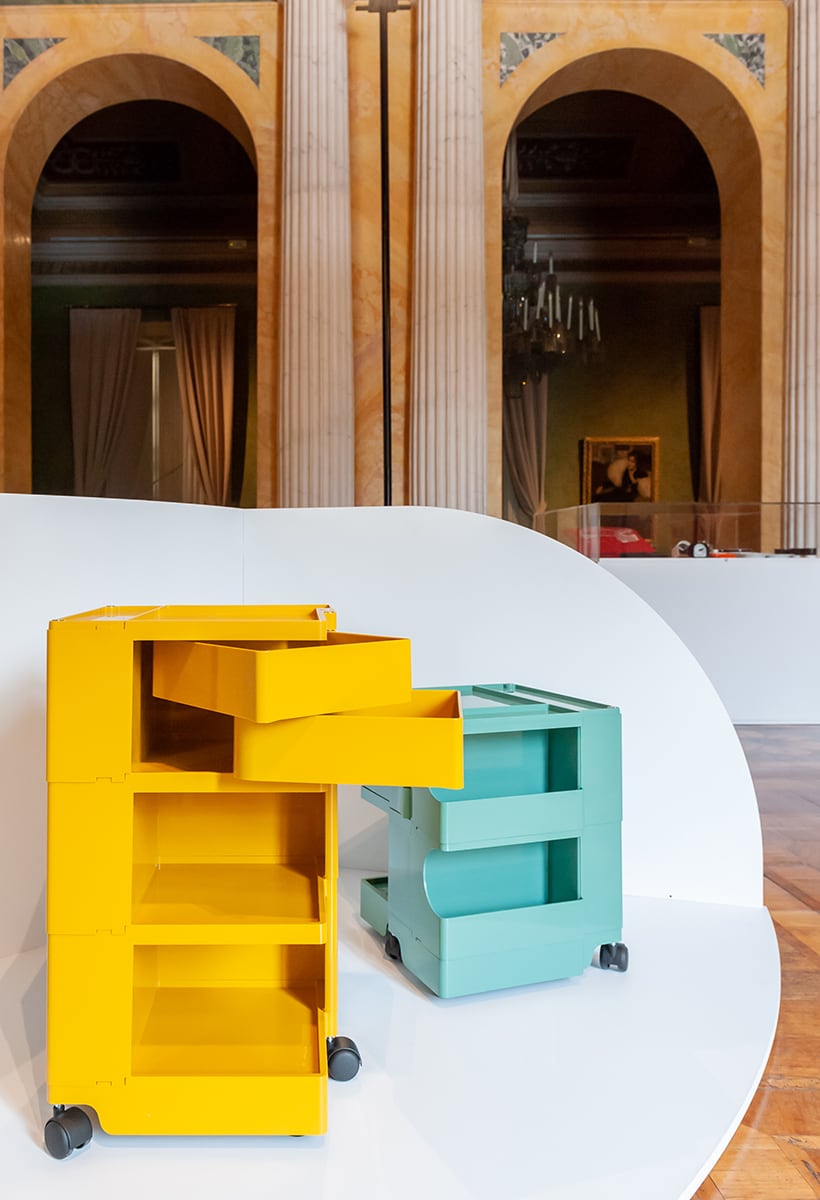 Who really was Joe Colombo, the designer who invented the future in the 70s? The curator of the exhibition “Dear Joe Colombo” (at the GAM in Milan until 4 September), Ignazia Favata, who was his assistant, explained it to us

Joe Colombo taught us how important it is to know change, look forward with optimism, transform continuously. For us, but also for the furnishings and objects that accompany us every day.

A philosophy that he has expressed in every project, starting with his home, a machine inhabited by small robots, to be transformed according to need. Anyone who entered was shocked, almost as much as the journalists of the New York Times, when, on the occasion of an exhibition on Italian design, they titled an article: "America discovers Colombo"and to her friend Gae Aulenti, to whom, during a trip by plane, she told us of when in the future we would all carry around with us a personal telephone, without wires. 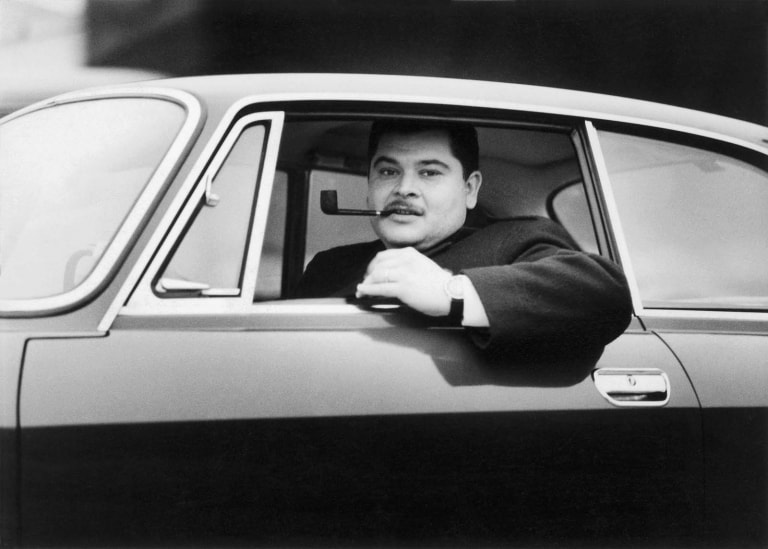 Joe Colombo, like many geniuses, had a truly transversal background. Is that why he was able to invent the future?

He was incredibly curious, he was interested in everything, he was his main quality, even before his extraordinary ability in technical drawing. And then, yes, for training him. he had studied in Brera and at the Polytechnic, he was interested in psychology, he played various instruments, from drums to sax, he loved jazz and the mountains, once he even told me that he had been a professional skier. He knew how to put together knowledge and experience and it was precisely this capacity of immersion in the present and, at the same time, of abstraction that made him visionary and anticipator.

The more experiences you have in life, in different environments, the more information is stratified and something is formed that allows you to see what so many others do not see. Alvar AAlto had designed furniture by working with wood in a totally different way precisely because he went boating.

Joe Colombo always looked forward, he even denied tradition, it was just a feeling of him, he was so interested in the future that even when he used traditional materials he designed them in an original way, which I wanted to highlight in exhibition. In the armchair of Bonacina, for example, he used the rush continuously, he joined the sticks and bent them without the need to make knots. 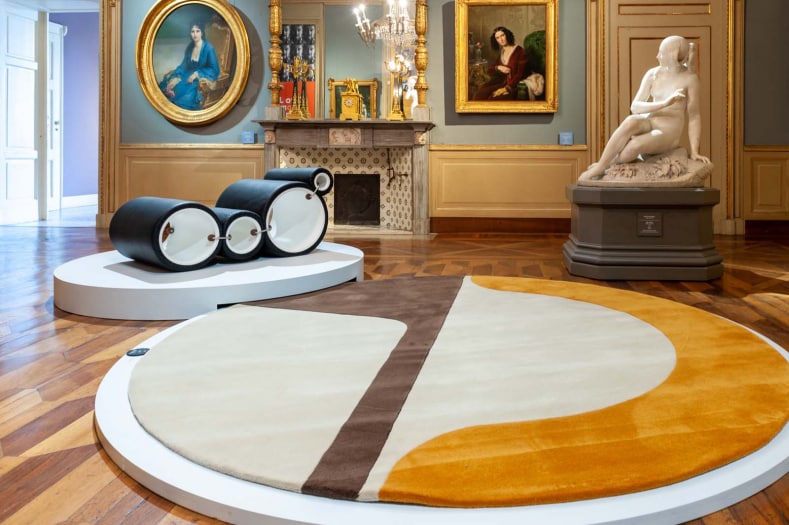 What remains of your way of designing today?

There remains a certain ability to start from functionality, what everyone should do, with the difference that today some designers start from image and aesthetics, something that Joe absolutely did not do, only in the very first sketches there was the search for a form. He proceeded as is done in industry, where one does not design from left to right, that is, one starts from one piece and attacks others, using much more than is necessary. He set the work to maximum functionality and based on that, he reduced all the pieces.

A skill he had learned when he took over the paternal industry, which made electrical cables. He certainly had an image in mind when he started designing, because he came from the artistic world, but he denied that period because he wanted to be a technician. In fact, he attended mechanics fairs in Germany, he brought catalogs of small parts, kitchen accessories and hinges to his studio. We didn't understand anything German, thank goodness there were illustrations.

They were our source of inspiration, but then we redesigned them by changing their shape, because everything was made to measure. One day he arrived in the studio with a 500 watt industrial light bulb, made a small sketch and the Colombo 626 halogen was born, an essential lamp with a reflector and a sheet folded with different cuts to disperse the heat, nothing more. His sketches were reasoning, the objects had to be extensions of the human body. 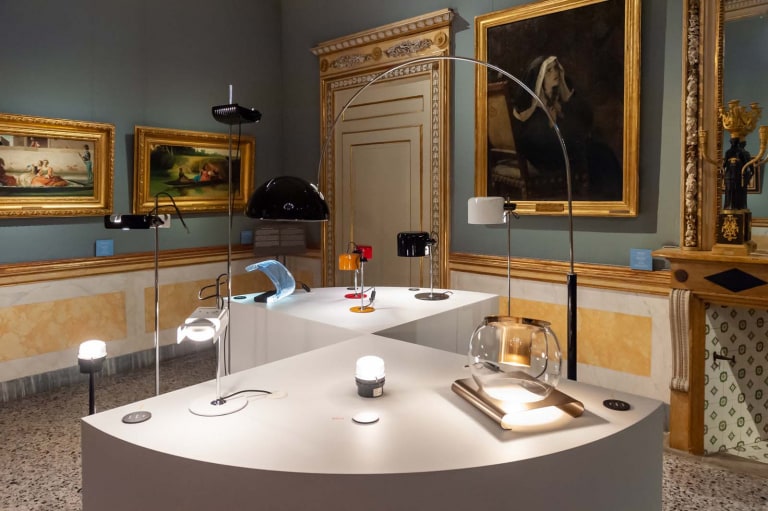 He was among the first to create work teams for his projects. Psychotherapists and doctors are cited as design consultants, why?

It was precisely at the time that the potential of psychology was being discovered, but everyone thought that talking to therapists meant being a little crazy, so we didn't talk around.

In the case of Joe Colombo it was the fruit of a friendship with Tullio Bonaretti (psychiatrist and expert in sensory experimentation, ed ) which influenced the his training in a transversal way, especially in the design of the future habitat Visiona 1 , conceived together with him and Antonio Grieco (ergonomist, ed), the then director of the prestigious Labor Clinic in Milan, which at the time was a new study discipline, the existing literature was only American.

He enlightened us on all the problems that could arise from the relationship between the human body and machines and on how to deal with them for any instrument we wanted to design. Joe Colombo taught us that every time you study something complex, you need a team of technicians to deal with. 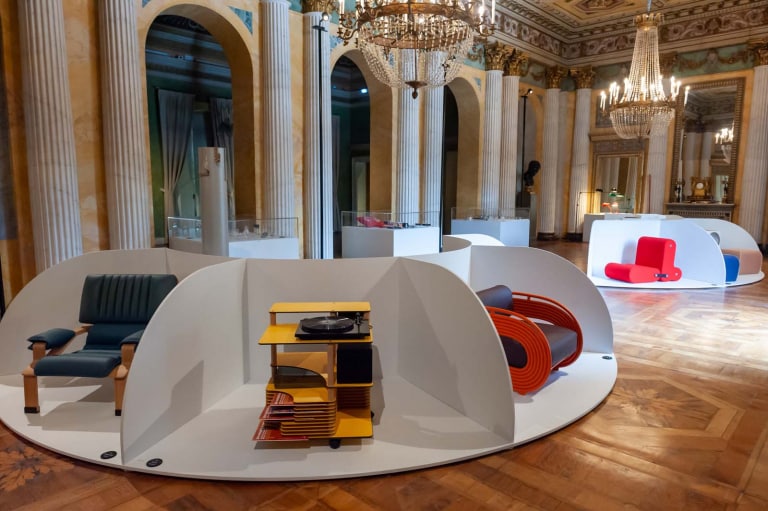 What impressed you the most about him?

He was a tireless mind, when she traveled she came with packs of sketches, she never stopped. Drawing relaxed him and helped him communicate. While he was working he was silent, calm, kind, he seemed very calm. In reality he was not seen, but he was very agitated, he had to do, do and do, he did not stay still for a moment, just when he closed himself in his study to make phone calls he was sitting.

But when he re-emerged there was something for everyone, we continually put our hand to the drawings to perfect them and to deliver the work we had to take the sheets out of his hand. In fact, all his corrections can be seen on the transparencies on display. He added special, new features. He drew everything in pencil sketches on A4 sheets, often they were cutouts of copies because we didn't throw anything away. 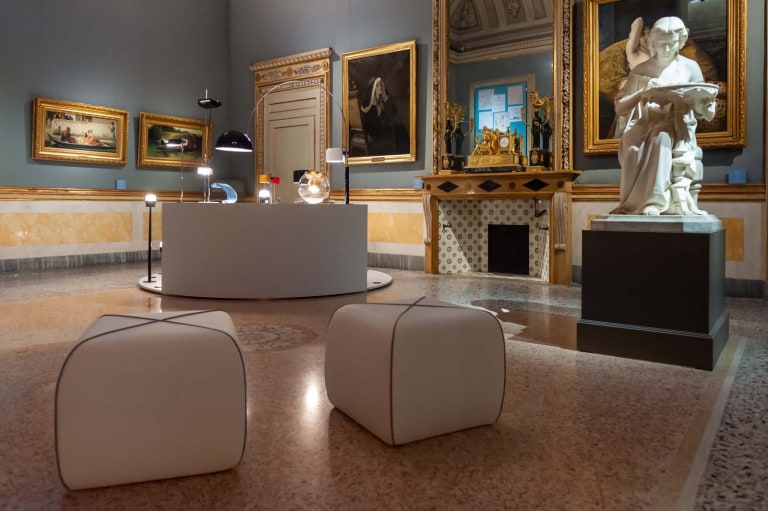 Was there a phrase that he repeated often when he was in the studio?

Yes, she still makes me laugh, she said "Cià, cià", Milanese style, as if to say come on, come on, let's move. Sometimes she just moved her hand. 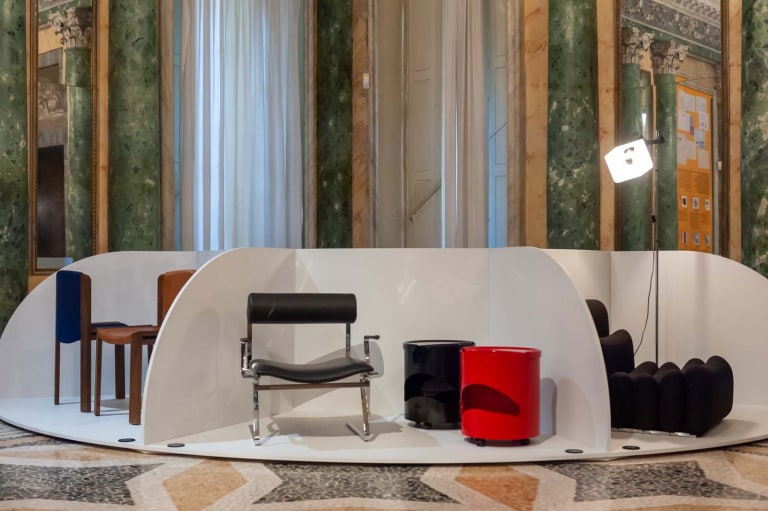 It strikes his joyful vision of the future, it's not dystopian like in today's series. Was he an optimist?

Absolutely, he was full of enthusiasm for everything he did, when he looked at something he had the ability to see another in it, he often said: "Look at how that object transforms if it gets smaller".

Thus, he reduced it in scale and with a few modifications changed its function. And this is his greatest legacy , knowing seeing the different and possible uses of the object he designed, integrating them, modifying them, overturning them, whether it was a home environment, a furniture modular or a transformable mini-kitchen (that of Boffi, still in production, ed).

One day he even called me Casa Buonarroti to relate the work of Michelangelo with that of various exponents of the twentieth century. They got so excited about  Joe Colombo that they posted multiple pages of comparisons between their two working methods. At first I thought they were making fun of me, then they sent me a sketch of him for a library lectern and I changed my mind.

On the one hand it represented the seated person and on the other standing. It was just the same method as Joe, who for every object, even the simplest, proposed some integration of functionality.

What house did you live in?

His house was the manifesto of his thought, anyone who entered was shocked. He had the internal walls demolished, creating a unique environment divided between night and day, with two large 'machines' for sleeping and eating, with dashboards, instruments, programs to activate. They were like two oversized appliances, with which to have fun experimenting with new functions.

On the one hand, the Cabriolet bed, with a hood and a bellows that could be closed to isolate oneself, on the other a piece of furniture with one equipped face in the living room and one at the dining room, it was enough to turn it over. The back of the bed was a wardrobe equipped to act as a wardrobe. he had also designed the first folding doors with two different tracks, one that could separate the whole living room, the other that came to isolate only a part.

Today, with the smart work, everyone has understood how difficult it is to live together, not so much to live in an environment. You can also stay in a space as small as a den, but success lies in the ability to adapt to each other and to know how to divide spaces, he had sensed this in unsuspecting times and so he had designed furniture that met this need. 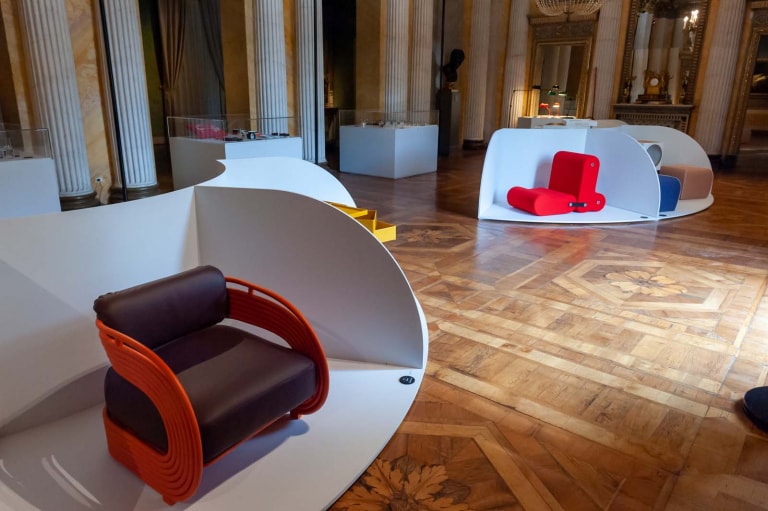 Where does the name Joe come from?

It is a story born after the war, as a boy, when he was in the Movement Nuclear. His friends called him Joe the Red, he was a nickname that came from the new contamination with the American world and from the fact that, as a boy, he had a beard and red hair. 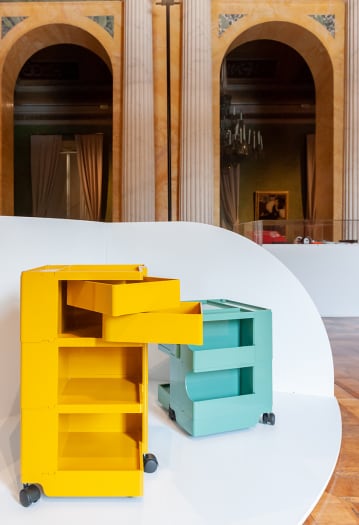 DiverCity: a festival for diversity