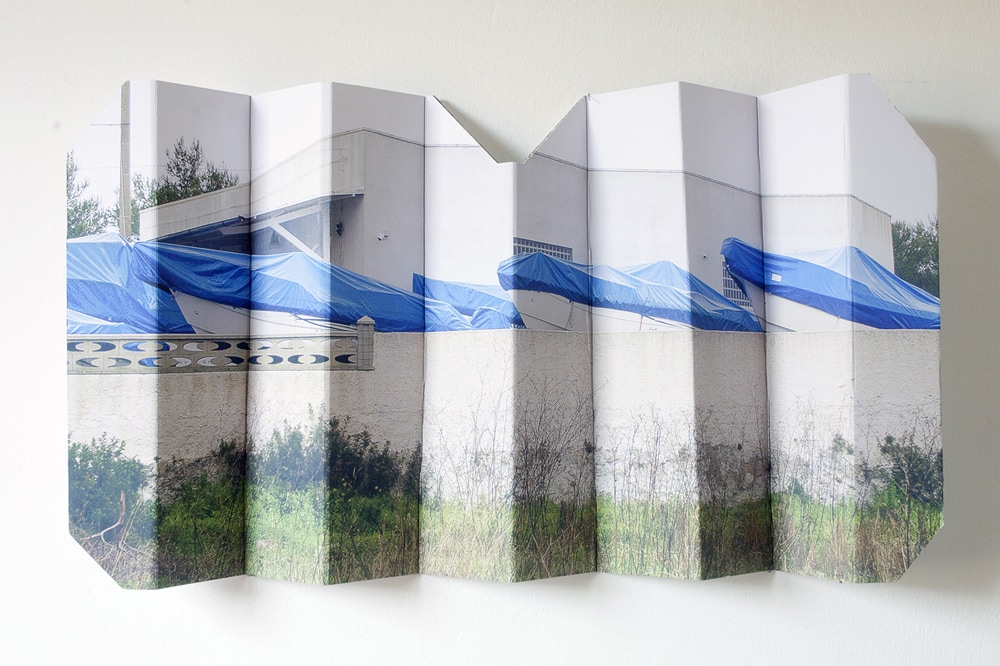 Opening on Saturday 5 September, the exhibition Dwelling Art is part of the project “Casa a Mare” by Luca Coclite and Giuseppe De Mattia, curated by Claudio Musso. Inside Studio Montespecchio (in the Apennines near Modena) specializing in rare books and magazines from the 20th century, the exhibition includes the participation of Jan van der Donk, owner of the Studio, and Danilo Montanari, the historic publisher of artists’ books.

Dwelling Art is the formula with which Van der Donk has defined the operation of Casa a Mare, alluding to the idea of habitation that forms its basis, creating a dwelling inside another already existing dwelling.

The project Casa a Mare is the container of a parallel imaginary. Precisely like a seaside house, it expresses the intention to create a habitat dimension through the use of “recovered” materials, already utilized but still fully viable in functional and aesthetic terms, generating evocative images. Objects that are granted another chance, a second life that replicates the habits and obsessions of the first, through a mechanism of conversion capable of establishing a new scale of values.

Like a real abode, Casa a Mare has “guestrooms” through which it opens to collaboration with other artists or figures whose research intersects the themes of the project, or whose contribution can serve to create the right atmosphere. Info: www.casaamare.net