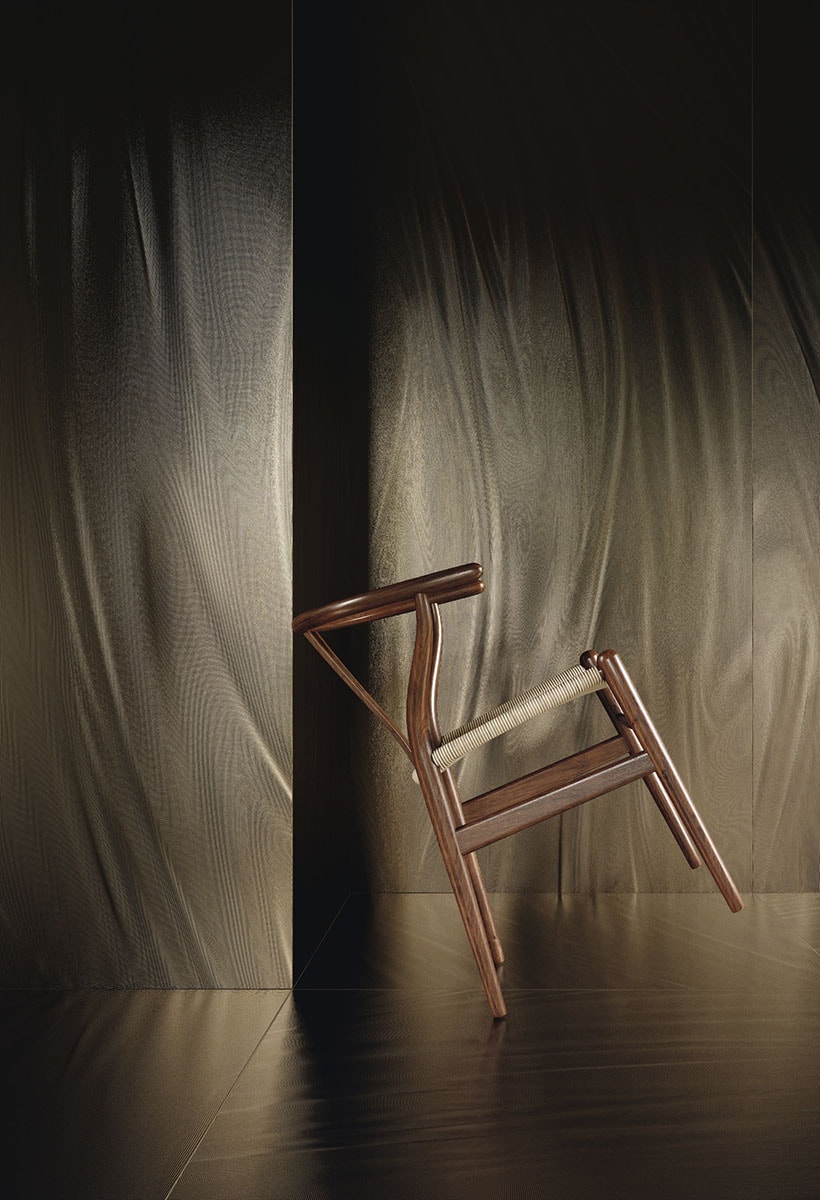 The 38th edition of Cersaie, the International Exhibition of Ceramics for Architecture and Bathroom Furnishings in Bologna from September 27th to October 1st, responded to the expectations of all those companies that believed in the possibility of investing in the fair and returning to do business by presenting itself with the latest product innovations. In the 15 pavilions of the exhibition center (150,000 square meters of total area) 623 companies exhibited, of which 361 in the ceramic tile sector, 87 in bathroom furnishings, 175 belonging to the sectors of installation, raw materials, new surfaces, of service. A show with a strong international connotation, confirmed by the 238 foreign exhibitors, equal to 38% of the total, and by the 28 countries represented. 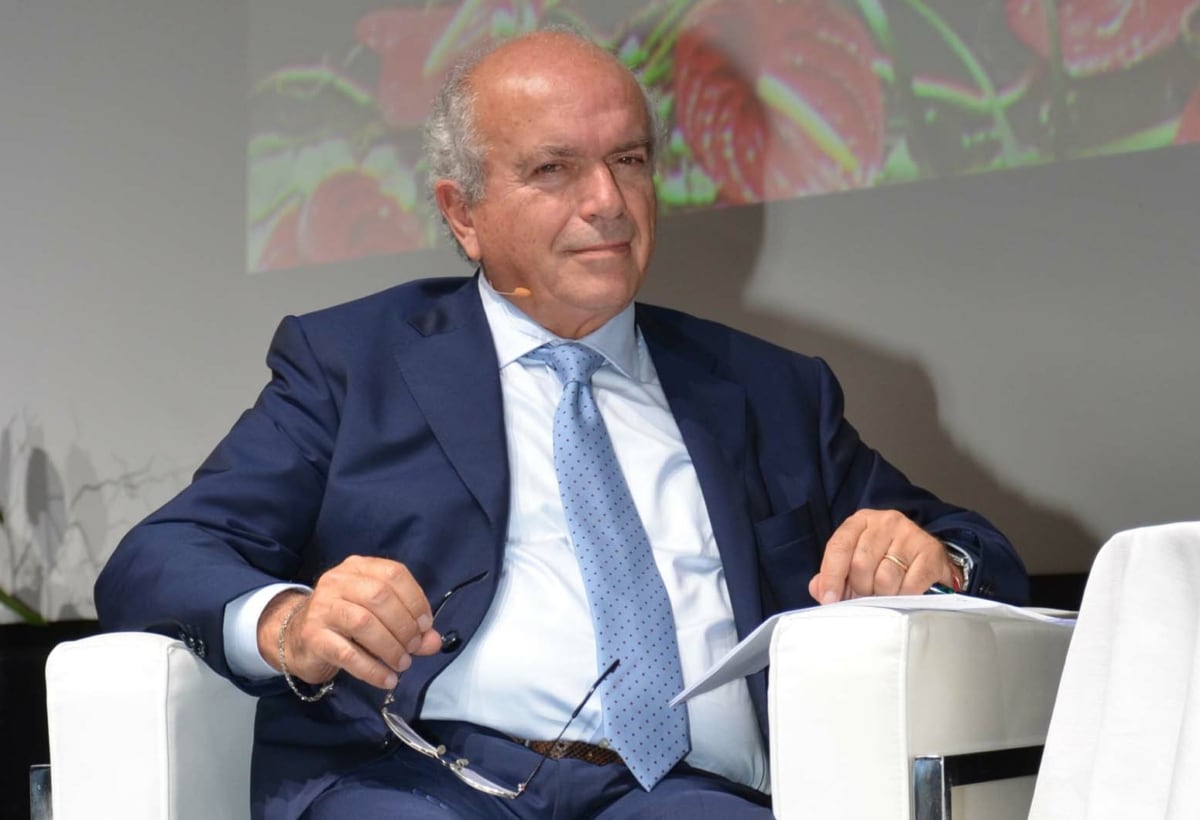 During the five days of the event, the Show recorded 62,943 visitors, with a constant influx over the various days. Despite the difficult context of international markets, still affected by the difficulties associated with the pandemic, especially for intercontinental travel, the number of visitors from abroad was 24,019, or 38% of the total, while Italian visitors were 38,924. Journalists registered a total of 464 admissions, of which 150 from abroad. The overall participation figure reaches 56% compared to the 2019 edition.

In the gallery below, a concise review of products and installations that tell the trends present at the fair. Read also: Cersaie 2021: in line for the bathroom. 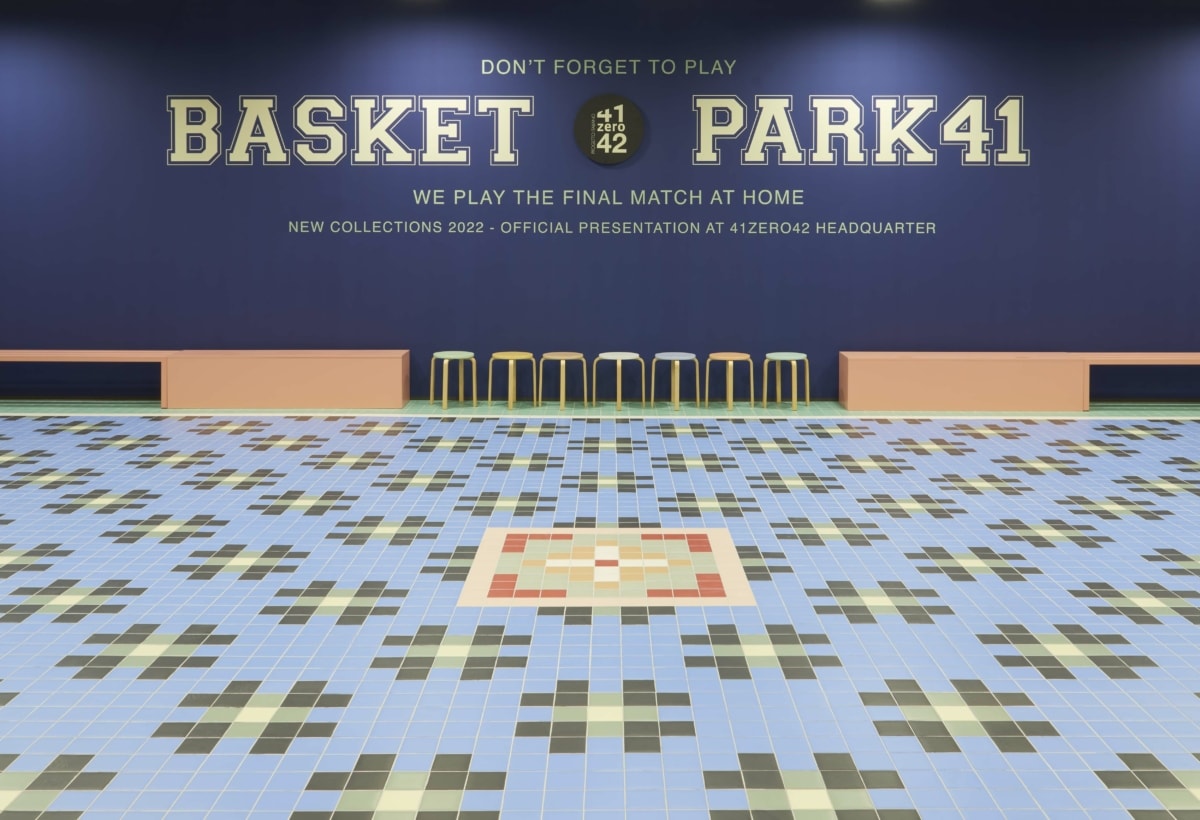 12
The stand of 41zero42. A wide range of colors to design infinite solutions. Countless atmospheres can be created with this collection: 40s motifs, 80s video games, Techno music equalizers, Soviet swimming pools. It is an alternation of pop and classic combinations, geometric games, monochromatic and abstract patterns, cold tones and warm tones.

"I am convinced that the investments made by the 623 exhibitors of Cersaie 2021 have had the best possible return from a fair that has confirmed its national and international importance among distributors, architects, installers, real estate operators" declared Giovanni Savorani, president of Confindustria Ceramica. "The ceramic market has been in good shape for several months on the various markets, thanks to the characteristics of healthiness, hygiene and environmental sustainability intrinsic to our materials and a growing attention to the quality of living, which our products are able to give to the home. and to other frequented environments. As we have shown to the exponents of national and local institutions who have paid us considerable attention with their visit to the fair, this recovery cannot be compromised by the levels reached by energy costs, which require urgent action at EU level ". 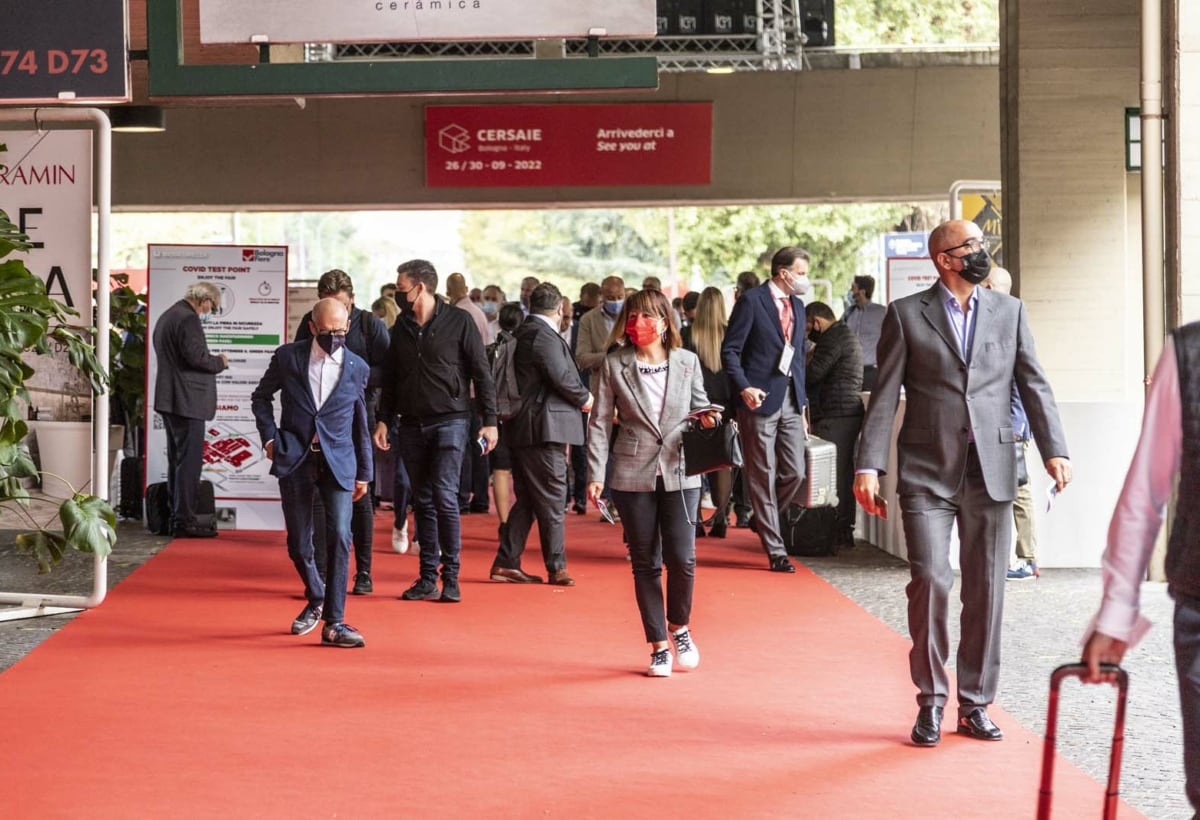 3
Visitors at the Fair for the 38th edition of Cersaie.

Emilio Mussini, vice president of Confindustria Ceramica at the helm of Promotional Activities and Fairs echoed him: “Cersaie's extensive program of events had a significant participation and effectiveness. The almost 600 participants in the Lectio Magistralis of the Pritzker Shigeru Ban who chose Cersaie in Bologna as their first trip abroad and was happy to return to speak in front of such an important audience, the Sensitive Architecture conference with the architects and designer Odile Decq and Benedetta Tagliabue moderated by the architectural historian Fulvio Irace, the presence in the Contract Hall of ten leading Italian and European architectural firms, the exhibition of the G124 project commissioned by Renzo Piano for the redevelopment of the suburbs with commitment of young architects, the eighteen Cafè della Stampa in the five days, the seminars on ceramic slabs at the Città della Posa, the 180 delegates of Cersaie Business - who came thanks to the precious collaboration with ICE from some of our main markets such as Germany, North America and the Gulf area - are some of the aspects that have characterized this edition. Cersaie continues until 8 October through Cersaie Digital, a showcase of products and a place for matching exhibitors and visitors, a valid support for the physical participation of visitors that will certainly be developed for the next editions ".

Also this year saw the Cafè della Stampa as protagonists, informal appointments, conversations, exchanges of opinion between the directors of the magazines and leading exponents of architecture and design. Interni was also present with the talk "Female creativity in the ceramic project. Design, Interior and Architecture". 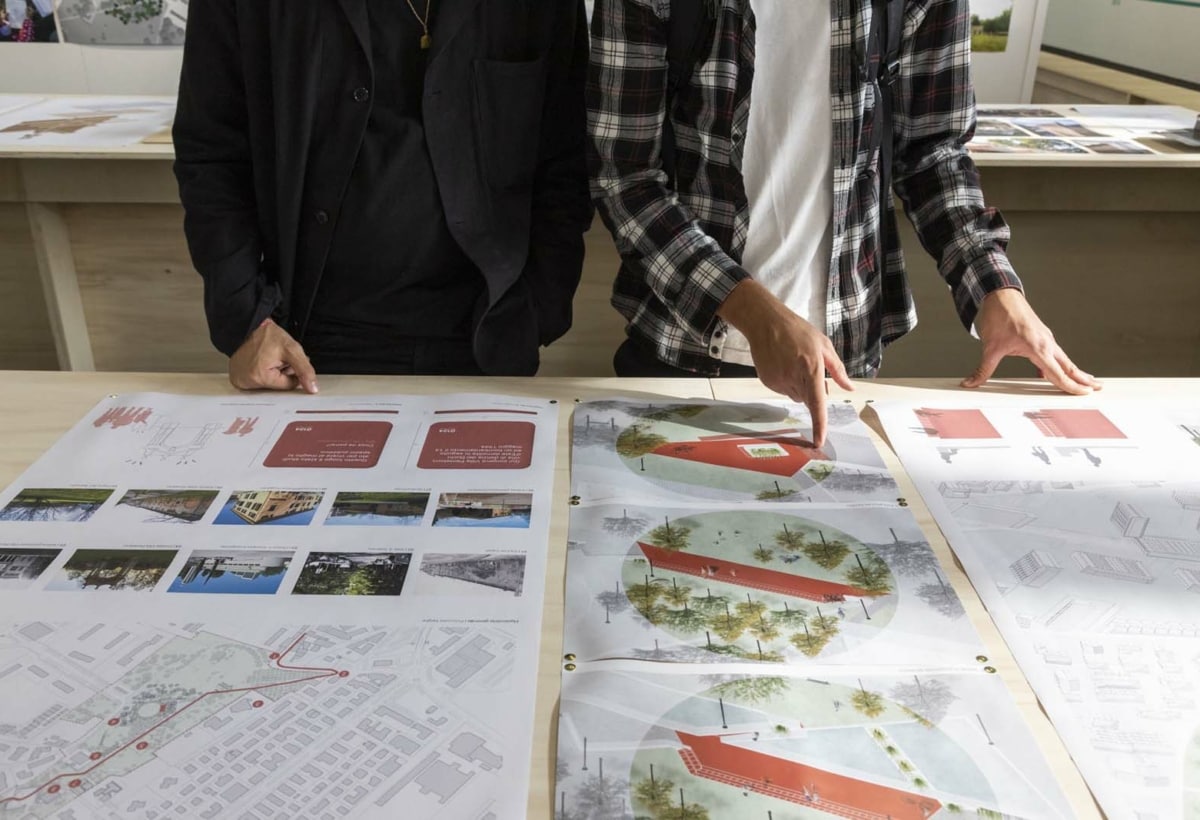 3
Set up in Pavilion 18 on an area of ​​240 square meters, the exhibition "G124 Renzo Piano: mending the suburbs. A journey between Italian cities" presents a selection of projects carried out from 2014 to today with a focus on those of 2020, now in completion route to the Parco XXII Aprile in Modena, the Parco dei Salici in Padua and the Zen in Palermo.

The great novelty of Cersaie for 2021 was the Contract Hall, 10,000 square meters of pavilion 18 dedicated to contract and its most important components. The heart was the Archincont (r) act, an exhibition format inaugurated in 2019 extending over 2,200 square meters, dedicated to international architectural firms active in the various real estate fields and sectors. Archincont(r)act 2021 was an area of ​​strong traffic, where a lounge was set up animated by events and presentations. New in this edition: each architecture studio had its own exhibition space in which to create a mockup, developing - in the form of a concept - a theme that is the same for everyone, the outdoor Spa.

The next edition of Cersaie will be held in Bologna from 26 to 30 September 2022.

Jaquar, the Indian way to well-being

Megius, a Spa in every home

Kaldewei, dance in the shower

Duravit, the bathroom is young

How to furnish a design bathroom in 2021?

Cersaie 2021: in line for the bathroom