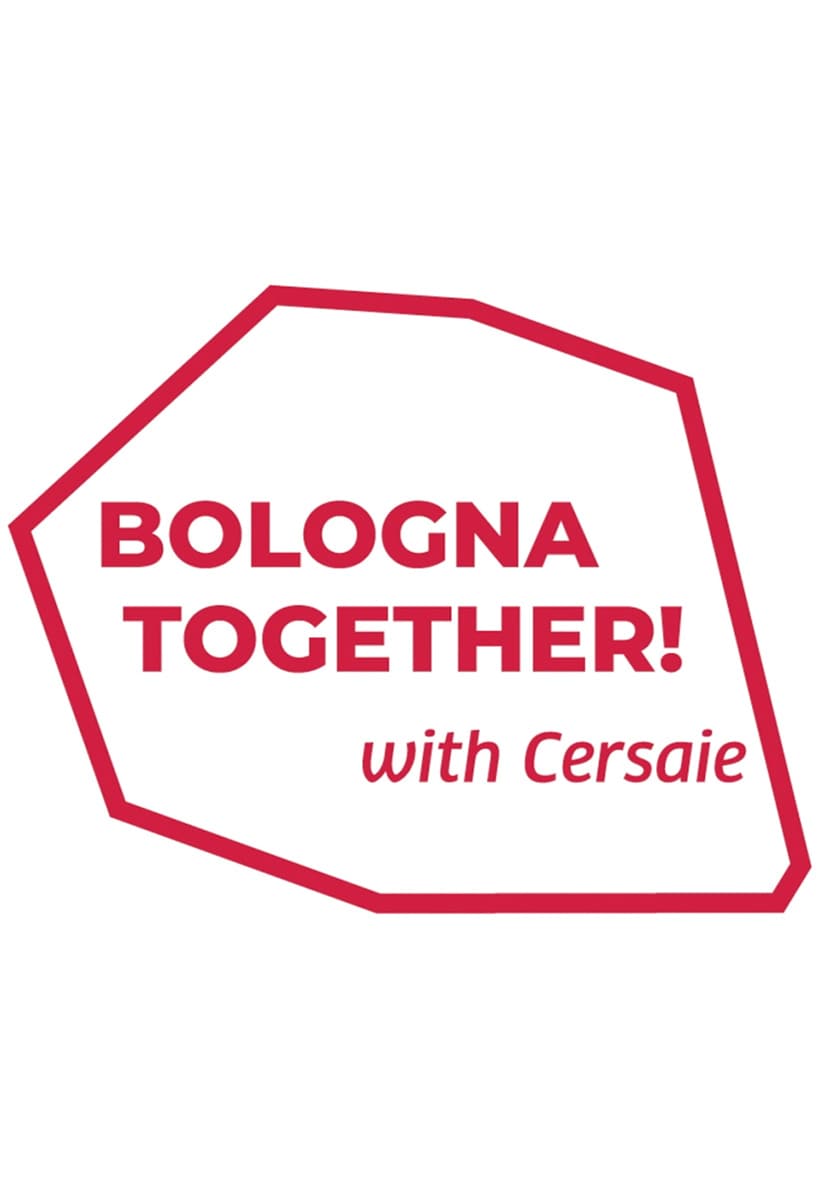 Between apps and anti-Covid protocols, the fair and Emilia launch a very clear message: visitors will find a territory ready to welcome them in total safety

Safety first of all. The live return of Cersaie, in Bologna from 27 September to 1 October, could not fail to find prepared a territory that has always made a programmatic point of hospitality, not only in terms of economic and development, but also of empathy and style . For this reason, the exhibitors and visitors of the fifteen fully occupied BolognaFiere pavilions will find a territory, its protagonists and all the operators in the sector ready to open their doors in compliance with anti-Covid regulations and protocols. Starting, for those arriving by flight, from landing at an airport, Guglielmo Marconi, "which was the first airport in Italy and the third in the world to obtain the international ACI Airport Health Accreditation", notes the president of the stop, Enrico Postacchini. To productively seal this pact in the name of safety, the main Emilian organizations and operators in the trade fair and tourism sector, together with the political leaders of the territory, have launched the Bologna together with Cersaie manifesto, which sounds like an invitation to put hesitations and uncertainties leave and to visit the 38th edition of the International Exhibition of Ceramics for Architecture and Bathroom Furnishings.

Bologna together with Cersaie

"Cersaie 2021 represents for ceramic and bathroom furnishing companies the appointment to consolidate and give a stable perspective to the resumption of activity: the fifteen entirely occupied pavilions of BolognaFiere with almost six hundred Italian and international exhibitors confirm this" says Giovanni Savorani, president of Confindustria Ceramica. "The importance of international fairs for the economy of our country and our territories has been further highlighted in this last year, heavily affected, on an international scale, by the pandemic emergency", underlines Gianpiero Calzolari, president of BolognaFiere. "With the resumption of activities, also thanks to the experiences and new tools finalized in this period, the contribution of our international events for the promotion of Made in Italy excellence will be even more incisive and the collaboration that sees us working will be even closer. , always with the organizers who choose BolognaFiere as their business partner ". 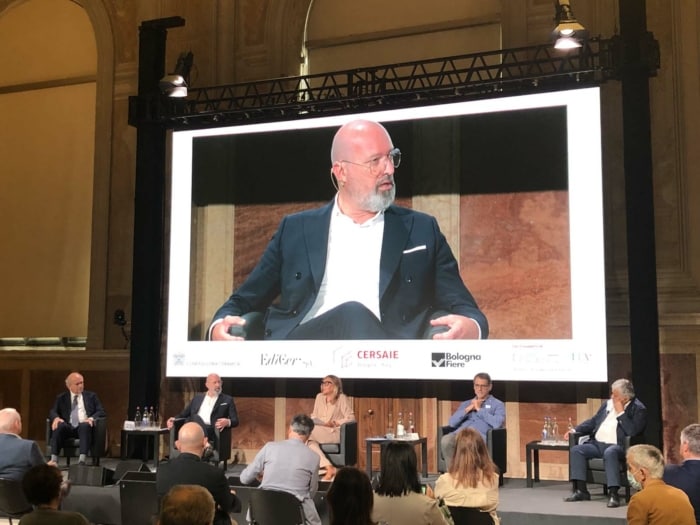 A moment of the presentation of the manifesto "Bologna together with Cersaie" at Palazzo Re Enzo in Bologna. From left, Giovanni Savorani, president of Confindustria Ceramica; Stefano Bonaccini, president of the Emilia Romagna Region; Maria Latella who moderated; Virginio Merola, mayor of Bologna; Gianpiero Calzolari, president of BolognaFiere.

Those who arrive in Bologna for Cersaie will have an app, MyBologna, at their disposal to purchase entrance tickets to the main attractions of the area in advance: "In the last year and a half we have worked to make Bologna even more organized, closer, simple to be used and therefore safe ”, says Giovanni Trombetti, president of Bologna Welcome. "In addition to MyBologna, we have enhanced the city's offer with new attractions, dedicated accommodation offers, training activities. All this was possible thanks to the strong collaboration between institutions and the whole private world, hoteliers, restaurateurs, traders, travel agencies and professional guides ”. 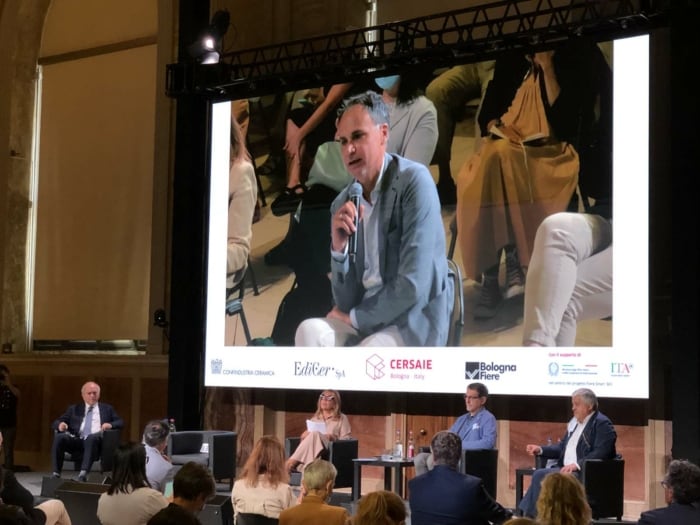 For the mayor of Bologna, Virginio Merola "this year's edition of Cersaie will be a great opportunity to launch, from this city, a message of restarting in safety", while for the president of the Emilia Romagna Region, Stefano Bonaccini "with the collaboration of all the parties in the field, as this Region is used to doing, together with the institutions, trade associations and companies operating in the field of transport and incoming, we will demonstrate to operators from all over the world that opening fairs in safety you can ". According to Valerio Veronesi, president of the Bologna Chamber of Commerce, "the event will be an opportunity to show the world a model of safe reception that everyone can admire and replicate". 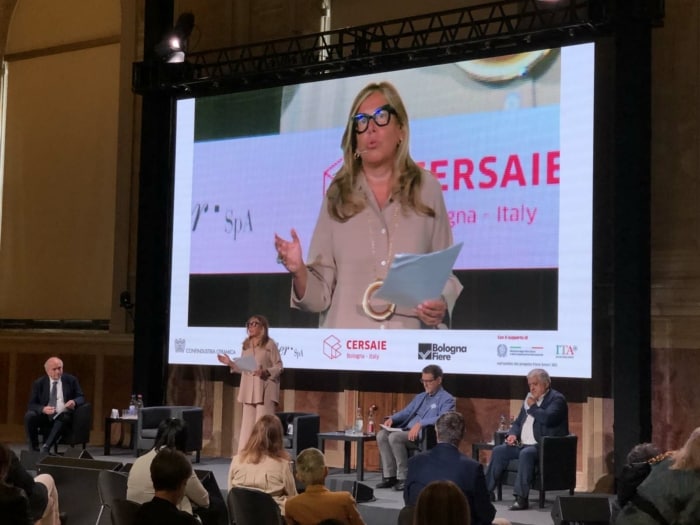 Also satisfied Patrizia Bauer, president of the Tourism and Culture Supply Chain Confindustria Emilia Area Centro: "Also thanks to the help of technological innovations, we can offer our services, from catering to overnight stays to congress services, in total safety and speed, offering, for example, check in and check out online. On the safety front, we have insisted with the institutions in charge that the employees of this sector be included in the vaccination schedule, and now most of them are carrying out the vaccination cycle. Our hotels are therefore ready to welcome exhibitors and visitors in complete safety and in compliance with all protocols, guaranteeing what is a consolidated and recognized quality of service and hospitality that characterizes our city and its surroundings ". 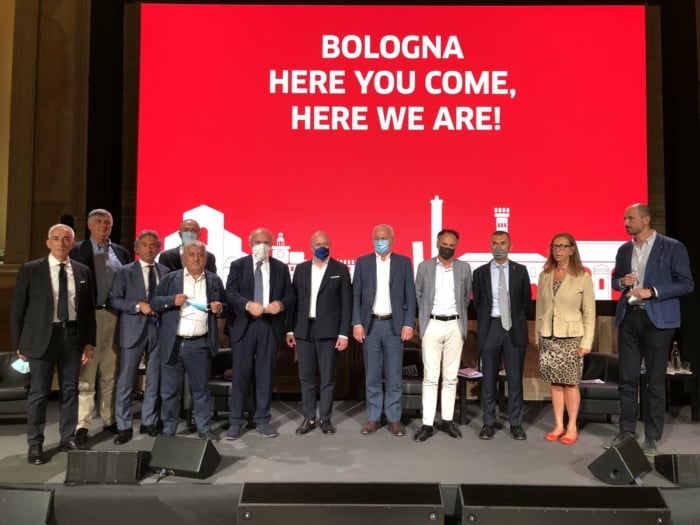 Celso De Scrilli, president of Federalberghi Bologna, underlines the value of the Accoglienza sicura / Safe Hospitality identification mark and the set of communication tools "useful to remind everyone of the precautions to be taken in order to enjoy a stay in total safety", and also Valentino Di Pisa, vice president of Confcommercio Ascom Bologna underlines the "utmost attention given to the activation of the anti-Covid-19 safety regulations in the visitor reception areas, including in the city's reception and recreational facilities".