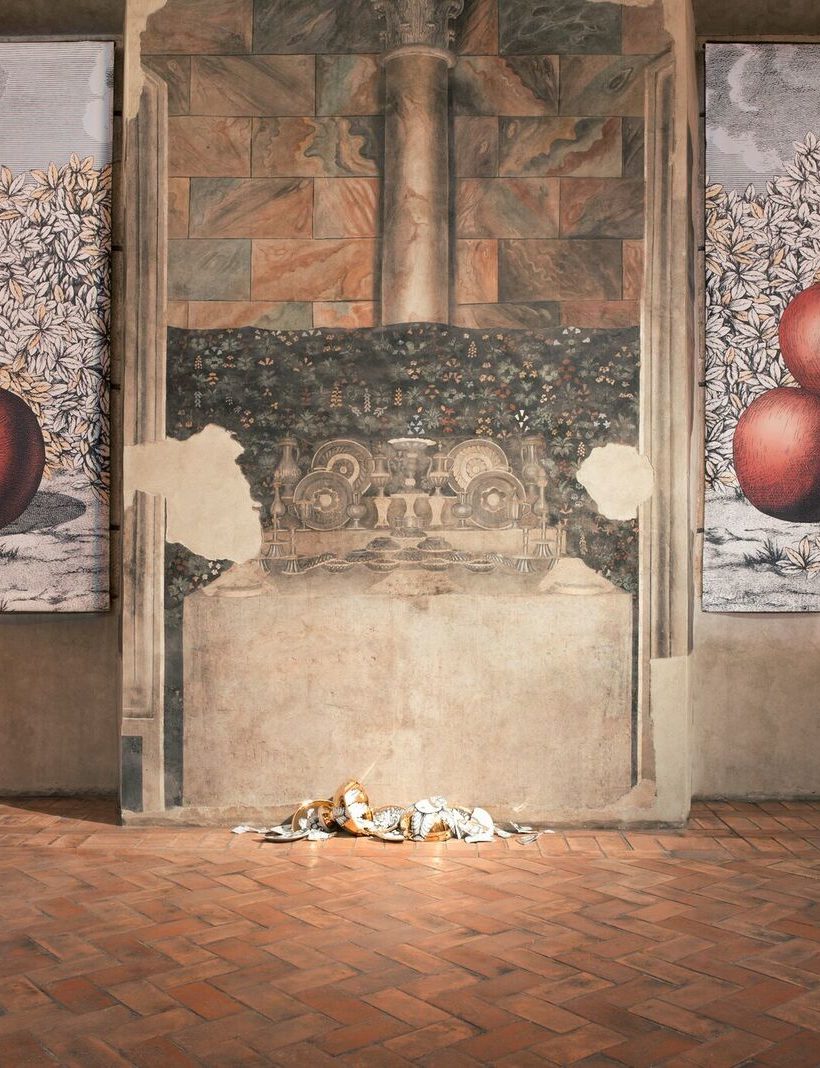 From space to space, the themes of classicism, ruins and antiquity generate a disorienting, at times irreverent, erudite and nimble interchange between the museum’s permanent collection and the surreal, inventive creations of Fornasetti.

The exhibition brings out the dual spirit of Palazzo Altemps.

First built as an aristocratic mansion inhabited over the years by members of the Riario, Medici, Orsini, Altemps and Hardouin families, in 1997 the building became the home of the Museo Nazionale Romano, near Piazza Navona. The palace now features exhibits of the antique statues of leading Roman families of the past.

The museum itinerary establishes a novel relationship with the eclectic decorations and objects created by Piero Fornasetti (1913-1988) and his son Barnaba (1950).

The show begins outdoors, in the courtyard, and then winds through the rooms of the museum, where sculptural masterpieces of the past meet the timeless creations of Fornasetti.

Drawings, furniture and accessories trace back through the production of Atelier Fornasetti, from the 1930s to the present.

The updated bookshop of the museum has been decorated with the Chiavi Segrete wallpaper by Fornasetti.

The show is accompanied by a handy guide designed by Fornasetti and published by Electa.

This event has been organized by Museo Nazionale Romano to celebrate the 20th anniversary of its opening, in collaboration with Electa, the Triennale Design Museum of Milan and Fornasetti.