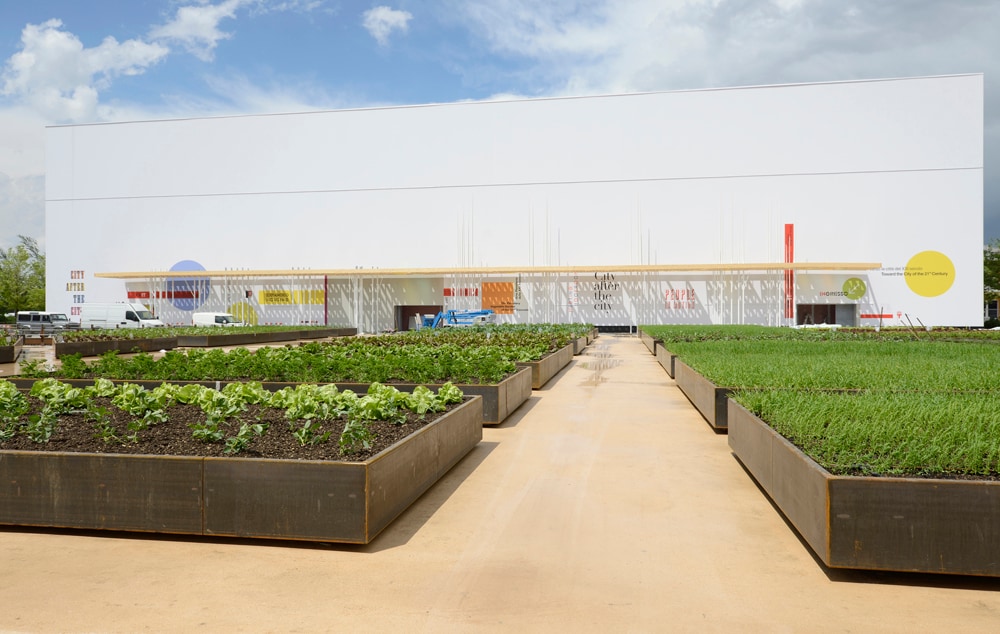 At the center of the debate on the future of urban planning in the 21st century, there is the idea that the city should go beyond its current combination of values ​​and motivations.

For the 21st Milan Triennale, the area of Expo Milano 2015 hosts the event entitled “City after the City.”

The group of exhibitions City after the City presents a succession of situations representative of the aspirations for a different city, without falling into nostalgia for a mythical ideal city, and without claiming to reach the roots of the city’s origins.

City after the City investigates the symptoms of a global trend leading beyond the conventional city, symptoms presented to the general public with effective methods of display.

In the two pavilions of the Expo site overlooking the entrance plaza to the Cardo from the footbridge of Cascina Merlata, the space of “City after the City” presents the exhibitions: Landscape Urbanism curated by Gaia Piccarolo; Urban Orchard curated by Maite Garcia Sanchis; Expanded Housing curated by Matteo Vercelloni; People in Motion curated by Michele Nastasi; and Street Art curated by Nina Bassoli.

Between the two pavilions, a large Planetary Garden will be installed.