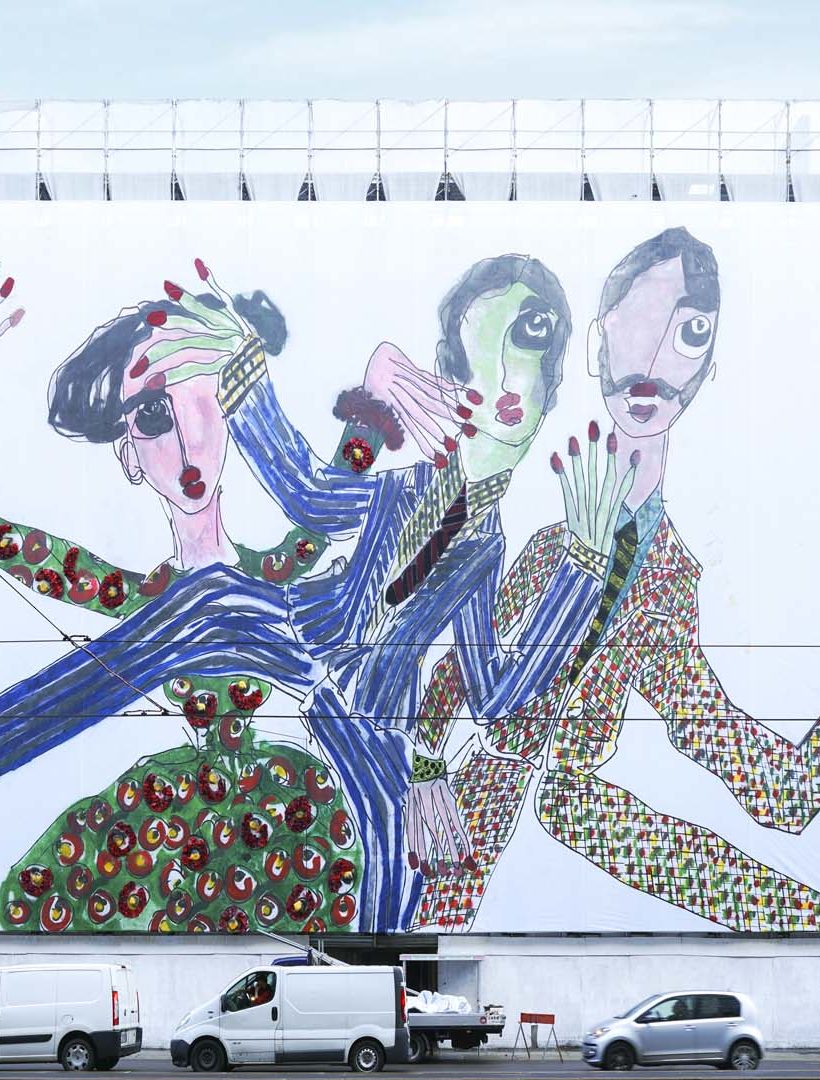 A work of over 500 square meters covers the scaffolding on the facade of Teatro Lirico, now in a phase of restoration; an impressive composition of colors, forms, drawings and fabrics to accompany the process of renewal of the theater.

The installation created by Antonio Marras (in collaboration with Marco Velli, Laboratorio Ilce Italia and Printable) depicts three large theatrical figures ideally placed on an urban stage; three striking characters that form a tribute to the theater itself and the Commedia dell’Arte.

The title of the work “Com’è bella la città” (How Beautiful is the City) pays homage to Giorgio Gaber to mark the 15th anniversary of his passing.