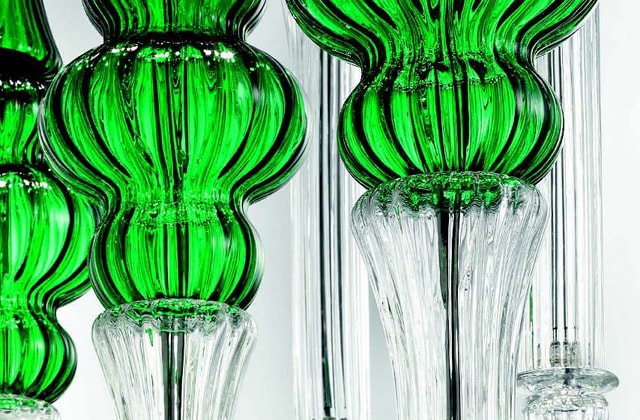 Born in 1979 at Badia Polesine, in the province of Rovigo, Giorgia Brusemini studied at the ISIA in Florence, where in 2004 she took a four-year diploma in Industrial Design, with a thesis on an environment in which to educate children about taste, done in collaboration with Slow Food.

As a student she already began to gain attention, participating in competitions, where she became a finalist thanks to very original projects. After graduating she moved to Milan and began to work in the studio of the architect Franco Raggi, her thesis advisor. In six years of collaboration she learned about the world of products, especially lighting and furnishings, as well as the fields of interior architecture, installations and communication. Raggi, in 2006, asked her to directly supervise certain works of the studio at the Barovier & Toso glassworks in Murano. Studying the material and the modules used to make the famous chandeliers, Giorgia Brusemini, in over three years of research at the company, devised new ways of using the various glass arms, drops and spheres. The results are six families of products that graft the complex spirit of the present onto the glassmaking tradition. In 2009 she won the competition LED Light Exhibitions Design promoted by the City of Milan, creating “L’orologio di Milano fa tic tac! Qual è il tuo tempo?”, a reflection on the individual and collective associations involved in the measuring of time. Since 2010 she has operated with her own powers, in a good balance of concrete and abstract pursuits, material and thought, design of things and design of situations.