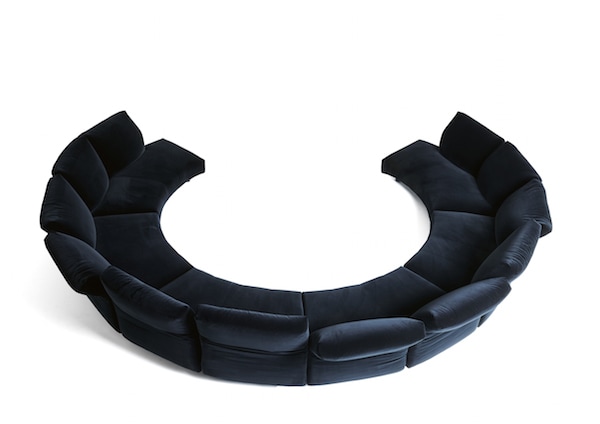 On 15 June (17.30), the opening of the encounters of Concreto Creativo, organized by the Association and Foundation of Architects of Florence together with the Design Museum of Tuscany to narrate collaborations between companies and designers that have led to the excellence of Made in Tuscany, from yachts to luxury furniture.

The encounters will be held at Palazzina Reale, the headquarters of the meetings will be hosted at the Royal house, seat of the Architects’ Association of Florence.

During the first conference the protagonists will be the sofas of Francesco Binfarè and Edra, a Tuscan company that represents an international benchmark for design.

Stories of insights that have led to designer products bordering on artworks, in which at least one of the two protagonists – the company or the designer/architect – has roots in Tuscany. Experiences narrated in the form of a dialogue to retrace the steps of historic collaborations, bringing examples of the first projects and the evolution of the lines over the years, with monthly encounters open to the public at Palazzina Reale di Santa Maria Novella.

Upcoming events will focus on bath furnishings and spas, kitchens and lighting: on 23 June the guests of “Concreto Creativo” will be the Florentine designer Simone Micheli and Aqua Special with their wellness line; 29 September is the turn of Emiliana Martinelli, who will reveal the secrets of lamps and lighting systems made with the Martinelli Luce; on 6 October Florentine designer Gioacchini Nile will talk about the health care line created for Hatria; on 20 October Florentine Mauro Lipparini will discuss the genesis of the seats made with Arketipo. On 3 November, the last appointment of the year is with the Archirivolto group, creators of the seating produced by Fasem.