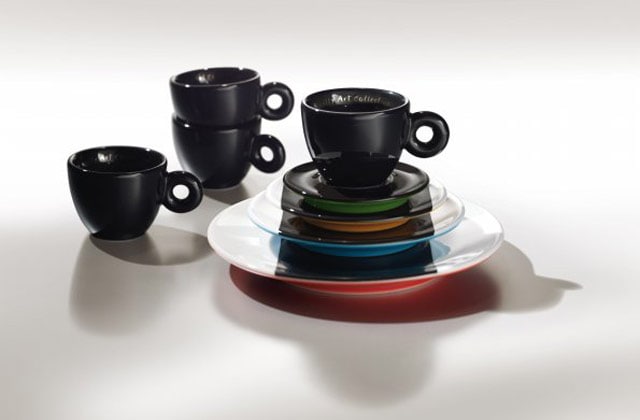 The artist is the protagonist of the event at the Gran Palais, with the work “Excentrique(s)”, done on site. Illy has collaborated as the partner of the Centre National des Arts Plastiques. The cafe space inside the nave has been developed as an integral part of the project, and Daniel Buren has created an illy Art Collection for the occasion: four cups in a limited numbered edition, based on the visual element chosen by the artist in 1965, which has become the recurring theme of his works: alternating white and colored stripes based on the design of a fabric often used at the time to make awnings, cots, mattresses and pillows. The four black cups rest on saucers with an increasingly large diameter; the black stripe at the center, like a story that is revealed little by little, leaves room for the white; and then the green, yellow, orange and blue colors of the hidden side of the saucers.