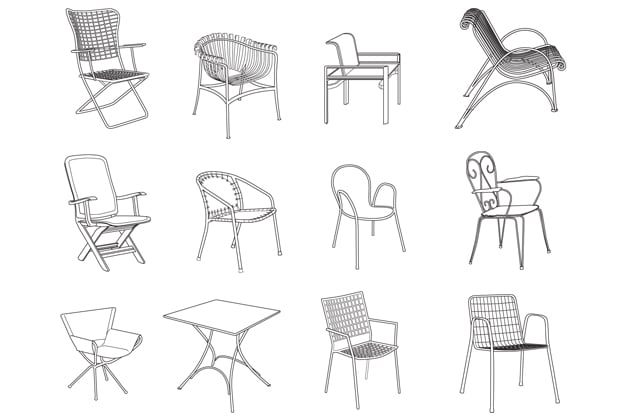 “Rio, Ronda and Round” is like a mantra for Emu. Those are the names of the metal chairs that have been the protagonists of sixty years of history of this Italian outdoor furniture leader. Rio, born in 1966, was the bestseller of the 1970s.

Today the hottest item is Ronda, created in 1994, but still growing. “The future number one will be Round, designed by Christophe Pillet”, says Roberto Ambroso, co-director of Emu along with Giorgio Comodi. For the anniversary Emu has created a small stylized logo to symbolize its continuing presence, also in terms of production, in the heart of Italy, at Marsciano in Umbria. “Producing in Italy – the director explains – is very important in the outdoor furniture sector, especially for companies like ours that specialize in working with steel, which must be of high quality to stand up to the weather. But the market in recent years has been flooded by Asian products, even for the high-end brands”. Emu, founded 60 years ago by the Biscarini family, was taken over in 2005 by the L Capital fund of LVMH, the French luxury group, which until 2009 focused on repositioning of the brand, under the manager Marco Dolcino. Those five years led to Emu’s true entry on the design scene, with the Advanced collection, designed by talents like Urquiola, Massaud, Pillet and Navone. “That was very positive for the brand’s positioning and visibility”, Ambroso explains, “but the shift of our core business from more traditional garden furniture to outdoor design objects was a bit too quick. Lots of coverage and visibility, but limited economic returns”. The loss of sales had an impact on earnings, and in 2009 the Biscarini family bought the firm back from its new owners. Then, at the end of 2010, they sold it to Fondo Opera. The managers Roberto Ambroso and Giorgio Comodi have the job of restoring the balance of Emu’s operation, basing it on classic, traditional products, but also continuing to explore the world of design. Last years sales grew by 20%, to 30 million euros. In 2010 the company introduced the collection by Arik Levy, and in September, in Paris, we’ll be seeing the debut of the new project with Jean Nouvel that should hit the market in 2012. Eighty new classic articles have been developed with the help of Christophe Pillet, for the more traditional Emu clientele, from restaurants to contract. “We want to widen the product base, to offer our clients classic garden complements, like the barbecue collection we have already launched”, Ambroso says, “and at the Salone del Mobile we will present an upgrade of all the fabrics. The idea is to continue to produce quality and design with a Scandinavian , modern and contemporary taste, which has been a characteristic of the company from the beginning”.