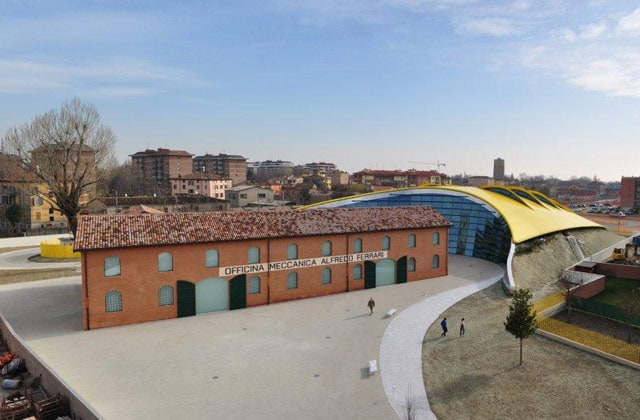 In 2004 Future Systemswas named the winner of an international competition set up to design a new museum in Modena. On the figure of the legendary Enzo Ferrari, the museum is composed of two separate spaces, using his birthplace, the building from the early 1800s where Ferrari was born in 1898, and a new building next door. Following the death of Jan Kaplický in 2009, the studio Future Systems was dissolved. Andrea Morgante, who was associate director of the studio, and is now the founder of Shiro Studio, was appointed for the artistic direction of the worksite. The new gallery was built according to Kaplický’s designs. It is sensitive to the historical context, combining the latest energy saving technologies with an approach that makes visual engagement with the aesthetic language of racing cars. The restoration and conversion as a museum of the old house, with exhibit design by Andrea Morgante, expands the cultural offering of the adjacent gallery. The sculptural yellow roof with ten openings, intentionally designed to underscore the similarity with the air intakes of a car hood – allowing natural light and ventilation to enter – reflects the aesthetic value of Modenese car design.