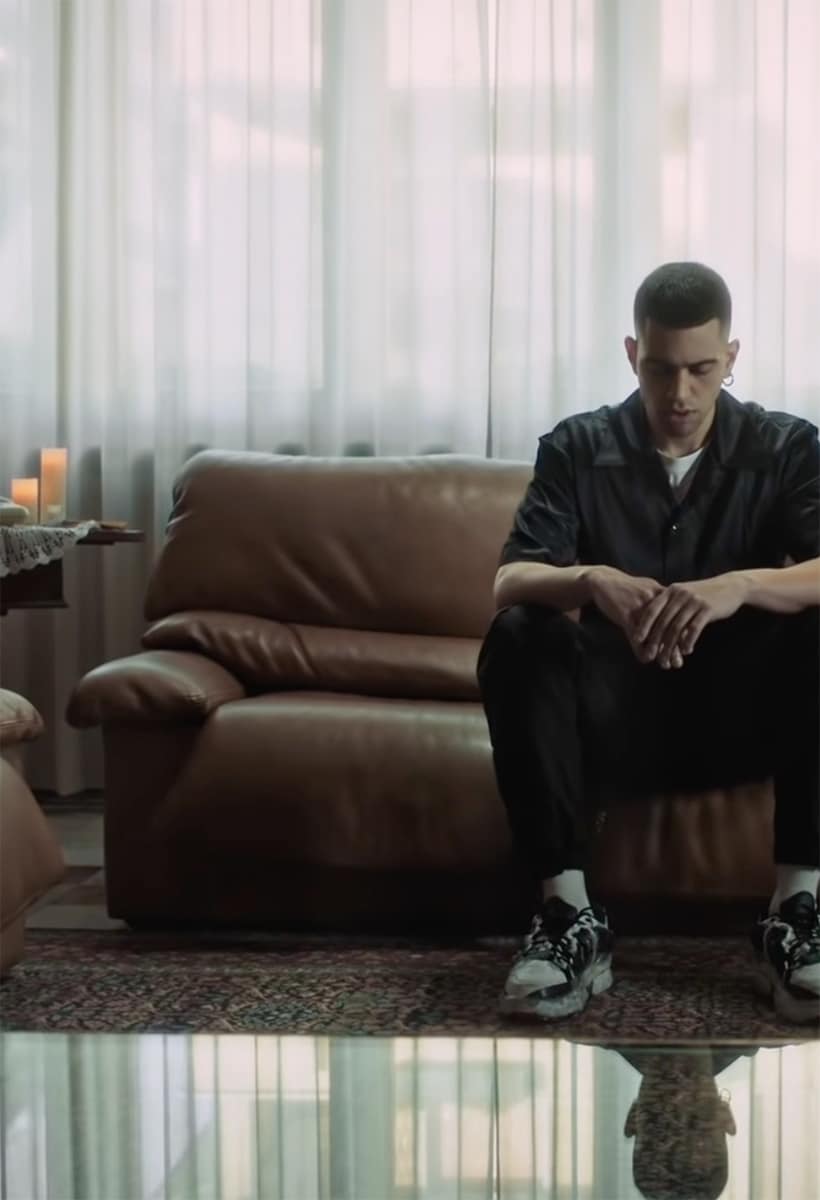 Eurovision returns to Italy for the first time in 30 years. Guests of the old Savoy capital, between 10 and 14 May, 40 artists will contend for the title as the Italians will battle to keep the trophy home

Eager to discover new stars, the eyes of fans are above all focused on costumes and performances: like those of the Australian Sheldon Riley, who presents himself to the public wrapped in a armour of metal feathers, and of the Italian Achille Lauro who, determined to amaze (and shock) at all costs the Eurovision audience, will run with San Marino.

Undoubtedly, the competition is - together with nights such as the Met Gala - one of the events to have most influenced the renewed attention of Italian artists and of the Sanremo Festival for stage performativity and mind-blowing costumes.

Mahmood and Blanco, the duo competing for Italy at Eurovision, are a brilliant example of such an approach to pop. Their sophisticated and social issues-conscious image is an instrumental part of their international success. A factor also shared by Maneskin, current holders of the Eurovision scepter. 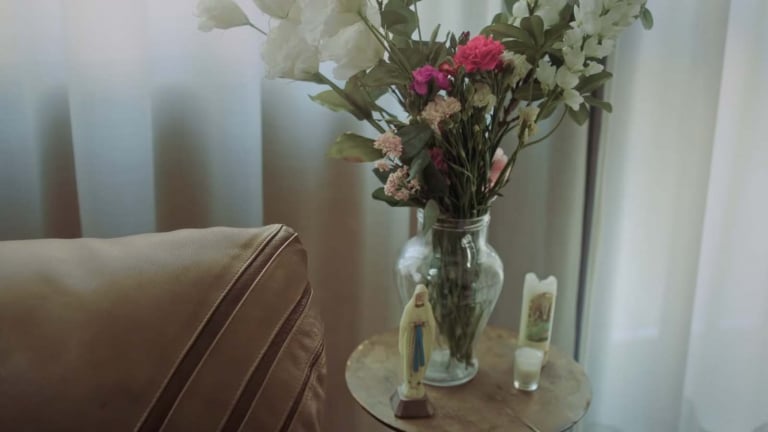 If the stage captures the essence of an artist through the means of choreography and costumes, it is the medium of the video that preserves it over time. Design is often key in helping artists in this mission. In fact, interiors have the extraordinary semantic potential of encapsulating and instantly conveying to the viewer the most intimate and profound vision of an artist.

Part of the video for Soldi, the song that gave Mahmood a brilliant Eurovision run in 2019, is set in a living room that - with its passè religious ephemera, lace decorations, and fake-leather sofas - aims to evoke the crucial role the family and the childhood in the troubled Milanese suburb of Gratosoglio played in shaping the artistic identity of the pop star.

Similarly, a long narrow bathroom with brown glazed tiles, typical of 1970s Italian flats, is the setting for some sequences of Brividi, the song with which the winner of Sanremo is now competing at Eurovision. 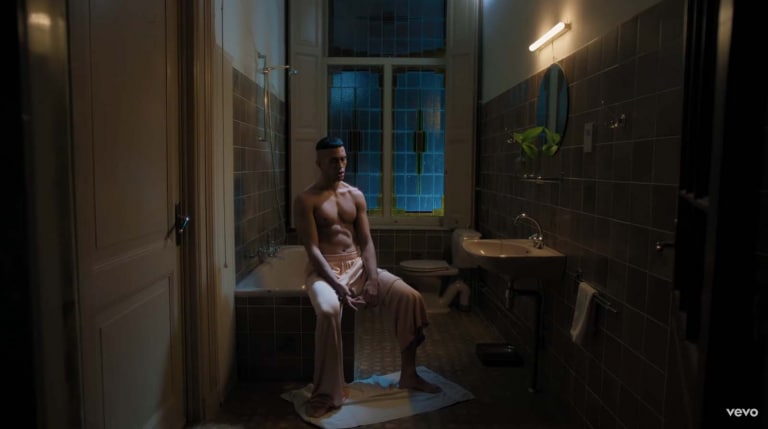 It is no coincidence, therefore, that Beyoncé and her husband Jay-Z have chosen to assign a dominant role to interiors, those of the Louvre, for the video of Apeshit, a single from their duo project The Carters.

The Parisian museum is effective in communicating the opulence embodied not only by R&B, but above all by the two artists who here become the spokespersons of a renewed Afrocentric vision of Western culture, in line with the Afrofuturist philosophy of which they can be considered contemporary trailblazers. The love of the two artists for African-American art is in fact well known, as proved by the 2013 acquisition of Basquiat’s Mecca by Jay-Z at a Sotheby's auction for $4.2 millions.

The great masters of art, after all, have long fueled the iconography of music. If Andy Warhol has made collaborations with rock stars his trademark - from The Velvet Underground to The Rolling Stones -, also inspiring the Italian Mario Schifano, references to works of art on album covers are equally frequent.

Two paintings preserved in the Louvre, The Raft of the Medusa by Théodore Géricault and Liberty Leading the People by Eugène Delacroix, as a matter of fact enrich the artworks of two equally famous albums: respectively Rum, Sodomy and the Lash (1985) by Pogues and Viva La Vida or Death and All His Friends (2008) by Coldplay. 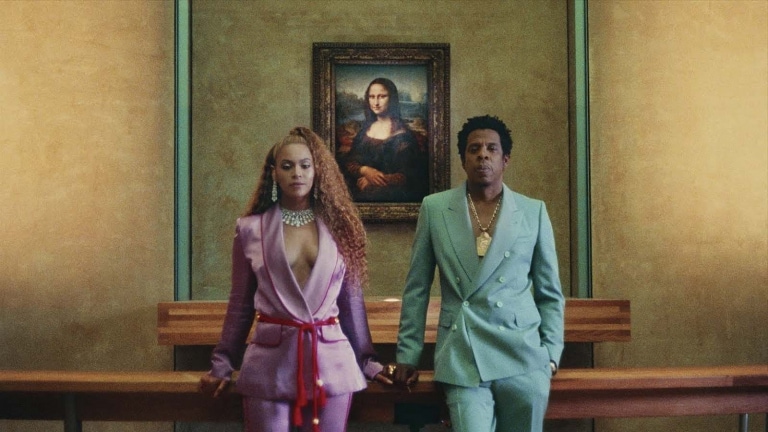 Interior design as an iconographic vehicle

It is not just art to enhance music videos. Interior design is in fact an essential tool for defining and accentuating the imagery sought by artists.

In the video for the hit song My Type by Saint Motel, the interiors of a refined mid-century villa à-la Frank Lloyd Wright help to evoke the neo-lounge elegance communicated by the track.

The Superonda sofas by Archizoom, produced by Poltronova, are instead instrumental in illustrating the concept of Superstudio, a single coming from Decade, an album where the Milanese band Calibro 35 propose a sonic interpretation, shifting between jazz and cinematic funk, of the utopias of Italian radical architects and designers.

A setting that seems to nod at another nightclub that made the history of music video: that of Common People by Pulp - elected anthem of Britpop by the listeners of BBC Radio 6 Music in a 2014 poll, as part of the celebrations for the twentieth anniversary of the genre. In the video, the backlit dancefloor - itself a reminder of that from Saturday Night Fever, the undisputed reference for disco interiors throughout the 1980s - almost assumed the role of a chessboard on which moved the characters narrated with sociological accuracy and British humor by the lead singer Jarvis Cocker.

Still in the context of Britpop, it is impossible not to think of the Kubrickian atmospheres evoked by Blur in the video for The Universal, which simultaneously referenced the Space-Age design of 2001: A Space Odyssey and the total white uniforms and interiors of the droogs of A Clockwork Orange and their beloved Milk-Plus served at the Korova Milk Bar.

Just about ten years earlier, the ska band Madness had even based the entire concept for the lyrics and the visual identity of their single Our House - one of their greatest hit numbers - around the domestic and vernacular dimension of the English house.

The architecture of rap

To recently remind us of how physical spaces are often at the roots of a whole music genre is the video for Propaganda - the new single by Italian rapper Fabri Fibra, featuring Colapesce and Dimartino - set in the Chamber of Commerce of Vercelli, a monumental and alienating modernist building designed by Enrico Villani.

The link between rap music and architecture is an integral part of the iconography adopted by the artists of what by the early ‘00s was London's burgeoning grime scene. In their videos the council estates of the English capital were erected as a symbol of identity. A genre that - one could argue - culminated aesthetically with the use of the Barbican Estate as the setting for Skepta's Shutdown video from 2015.

Just a few months later, the Casa Albero by Giuseppe Perugini in Fregene, Rome, was used for the video of Dark Boy by Dark Polo Gang, whose distinctive 777 tag can now be traced on the concrete shaping the radical volumes of the building, standing as a find of the subcultural archaeology of the future. 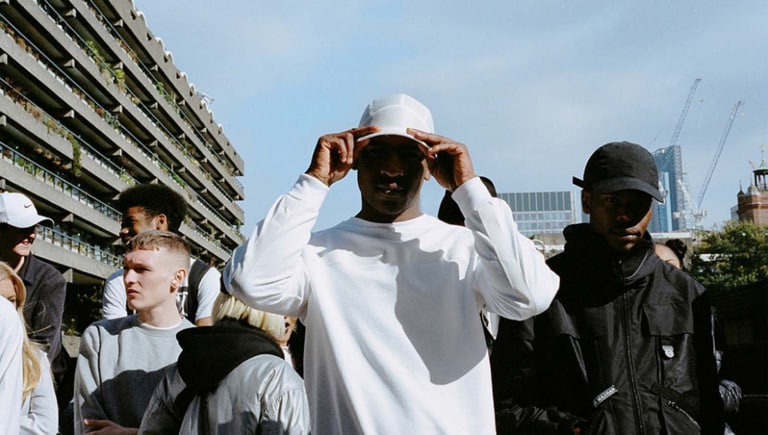 Similarly, these dynamics have been recently addressed by the social media-born project Forgotten Architecture (now out with its first book for Nero Edizioni) by architect Bianca Felicori. Her initiative (T)rap&Architecture, hosted at Triennale Milano with the partnership of Adidas Originals, involved artists such as Rkomi, Frah Quintale and the producer Night Skinny and put them in dialogue with a series of landmarks of Italian architecture, ranging from modernism to brutalism.

A leitmotif that is also found in the videos shot by Francesco Lettieri for the enigmatic Neapolitan rapper Liberato. His sonic as well as psychogeographic imagery nurtures a new Neapolitan epic, equally bitter and dreamy, by moving between folklore and the urban dimension of speculative construction and obliterated popular architecture.

The architecture that aspired to the development of a model society, and that over time became a disillusioned incubator of malaise, frustration and social and bureaucratic alienation, now acquires a necessary role in fulfilling the themes of rap artists. 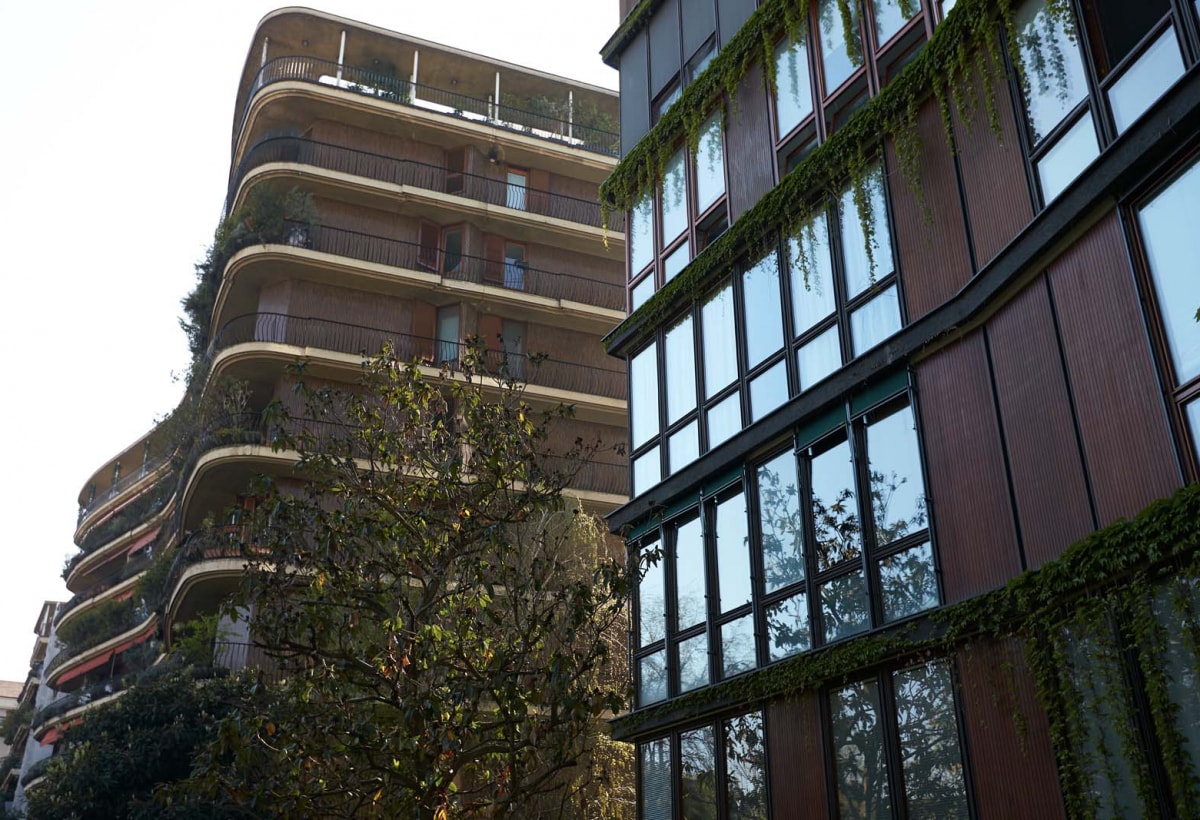 The magic of video

So is this ability to capture and instantly communicate the philosophy of an artistic journey through the universality of visual language the greatest value of music videos? In a historical period in which - to paraphrase the Buggles - streaming has avenged the radio, killing the television screen, music videos still continue to be an integral part of the communication vehicles of an artist, as reiterated by their declination on multiple platforms including Tik Tok, Instagram and Spotify.

Labels are actually determined to invest substantial funds on uber-aesthetic videos, even when, on a closer inspection, they would no longer be needed, as the bedroom pop wave demonstrated in the last decade. Think of when in 2019 Boy Pablo broke the YouTube algorithm with a song accompanied by a clip shot with a budget handycam, possibly belonging to the previous century.

After all, even when we are sitting at the bar or exercising at the gym and the television is on mute, it is the images that trigger our interest in an artist.