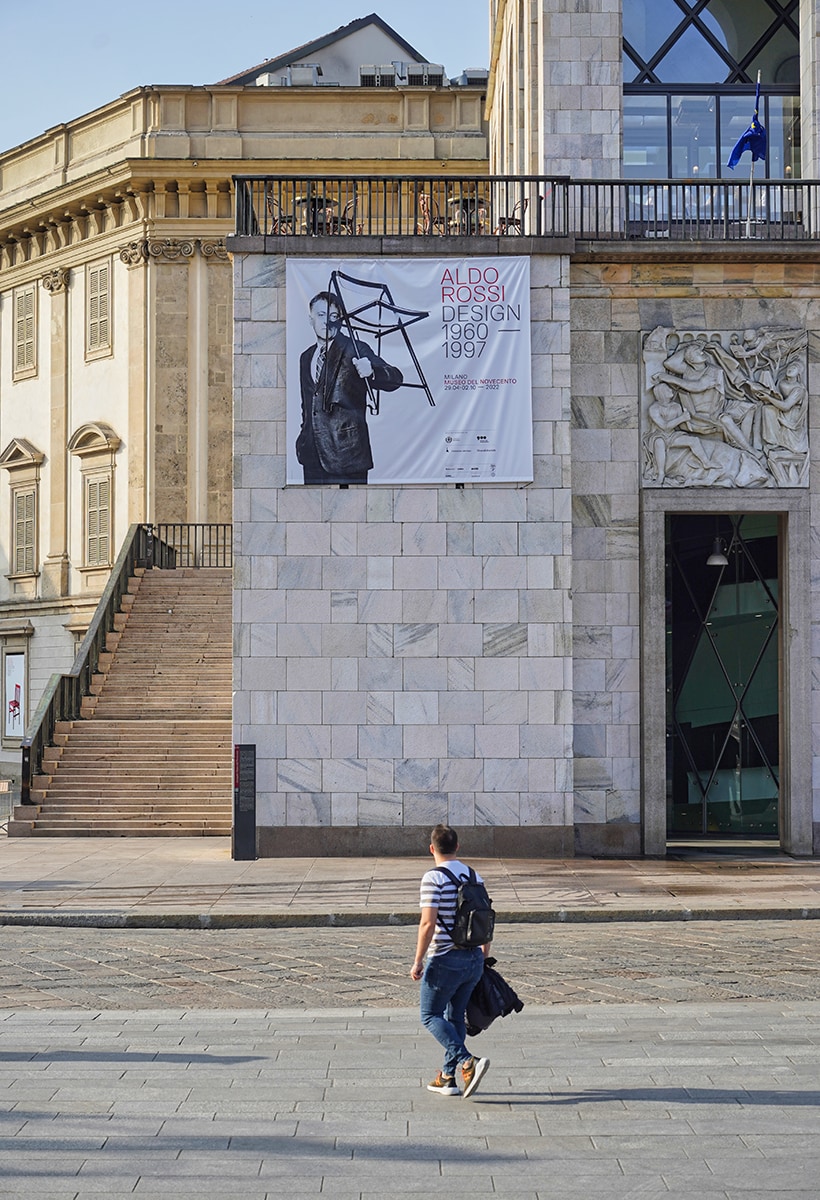 The exhibition dedicated to Aldo Rossi at the Museo del Novecento

The exhibition dedicated to Aldo Rossi at the Museo del Novecento

The Museo del Novecento presents a path that brings together over 350 projects conceived by Aldo Rossi from 1960 to 1997, deepening the relevant figure of the architect, designer, theorist and critic

A spectacular gallery, a visual testimony

A spectacular gallery offers visitors a unique chance to see over 350 items of furnishings and objects of everyday use, prototypes and models, paintings, drawings and studies, exploring Rossi’s achievements in the design world and linking them to his prowess as a theoretical architect. 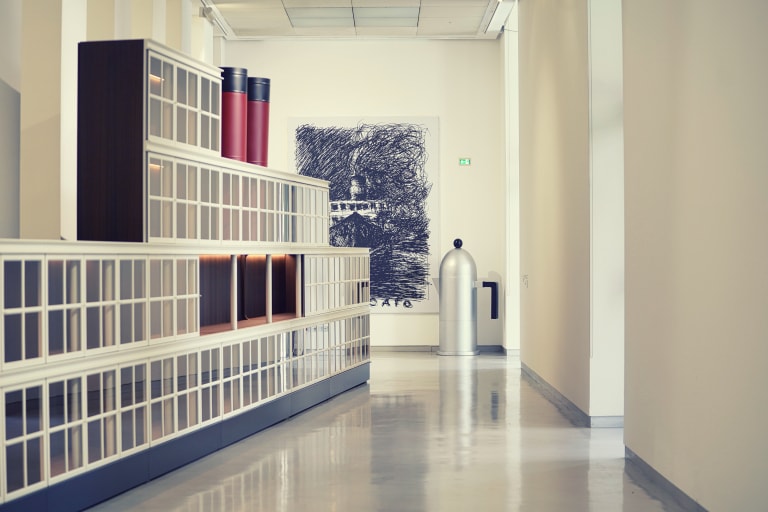 From the architectural and urban scale to the object one

Throughout his production, and starting from the very first items of furniture designed in 1960 with the architect Leonardo Ferrari, Aldo Rossi reflected on the relationship between architectural and urban scale and monumental and object scale and, from 1979, he approached the world of industrial production and quality handicrafts, making furniture/furnishings and objects of everyday use first with Alessi, and then with Artemide, DesignTex, Bruno Longoni Atelier d’Arredamento, Molteni&C|UniFor, Richard-Ginori, Rosenthal, Up&Up (now UpGroup). 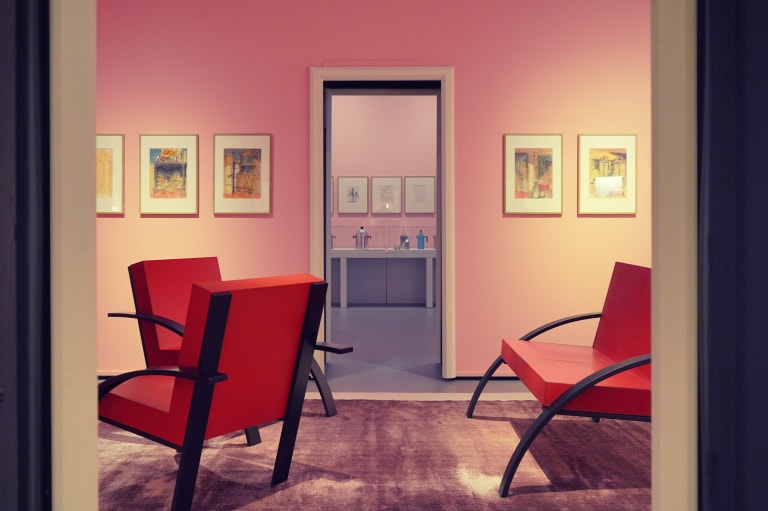 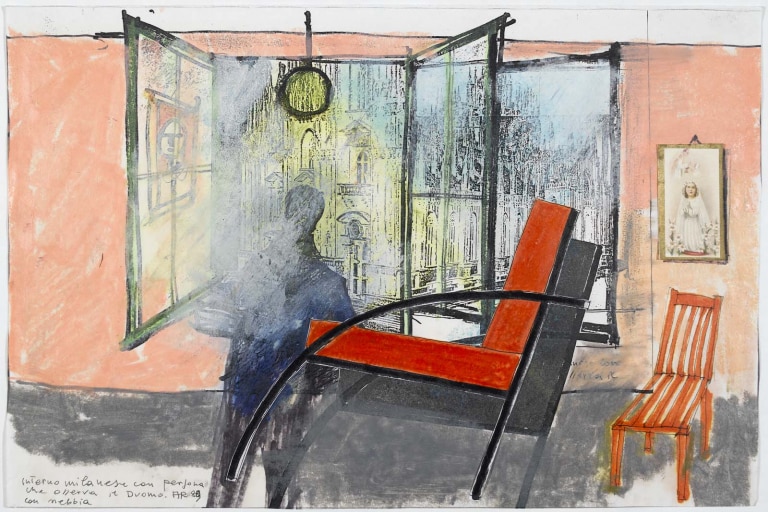 Experimentation in the field of design

In almost twenty years’ work he designed more than 70 items, many of which are still in production today, experimenting with shapes and shades of colour in the field of metals and wood, marble and stone, ceramics and porcelain, handwoven and industrial fabrics and plastic materials. 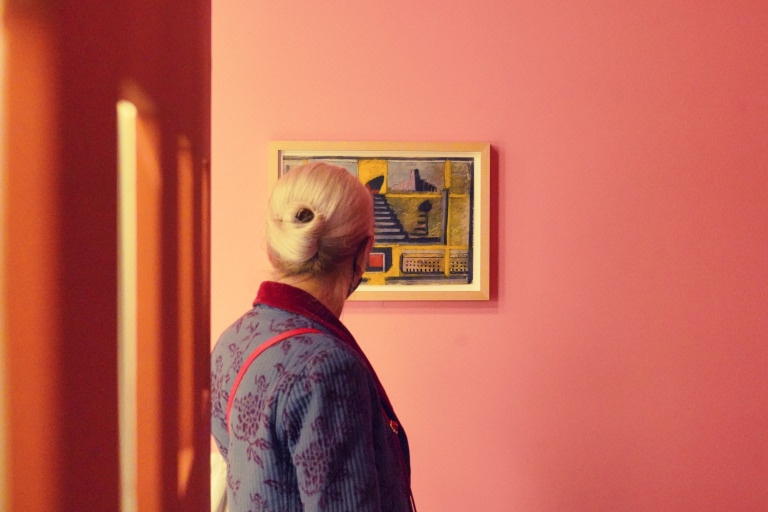 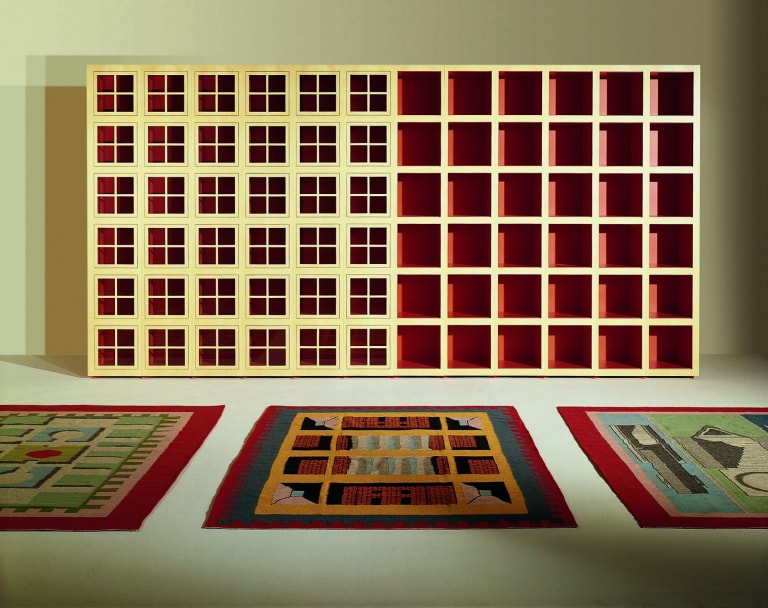 The exhibition, staged by Morris Adjmi – MA Architects, Rossi’s collaborator and later business partner in New York, illustrates Rossi’s design universe in nine rooms, each room a world in which the relationship between graphic designs and handcrafted and industrial products emerges, with references to Aldo Rossi’s architectural structures and his private space. 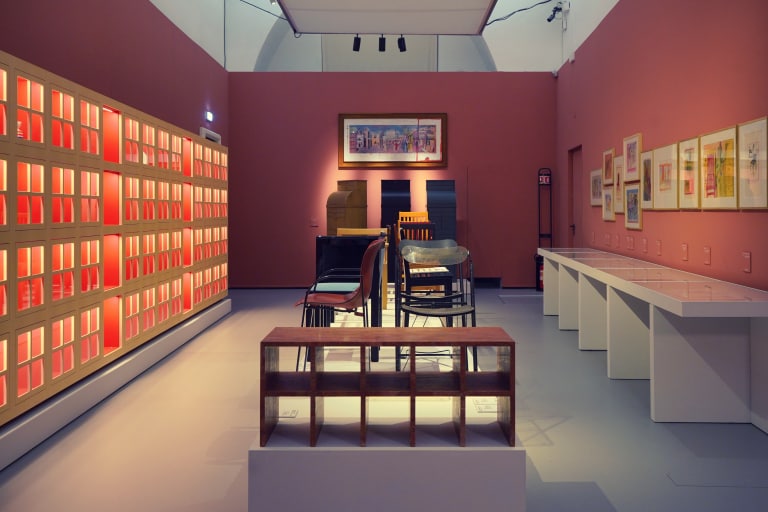 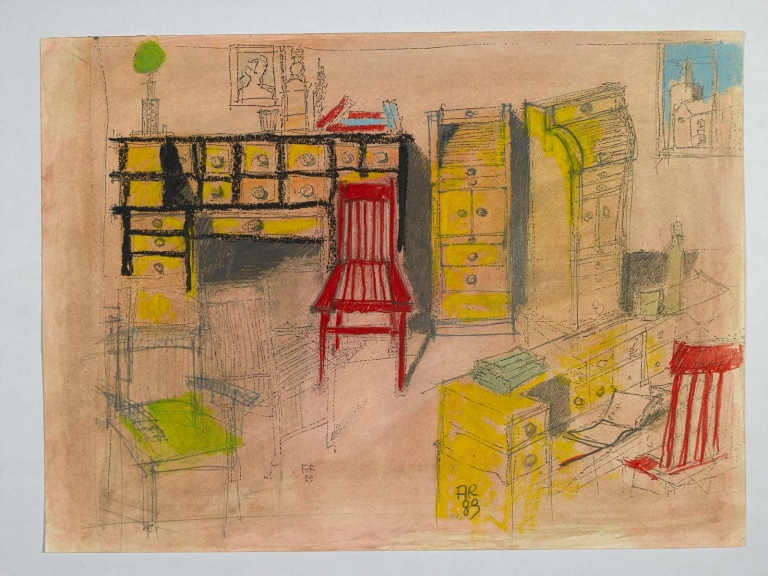 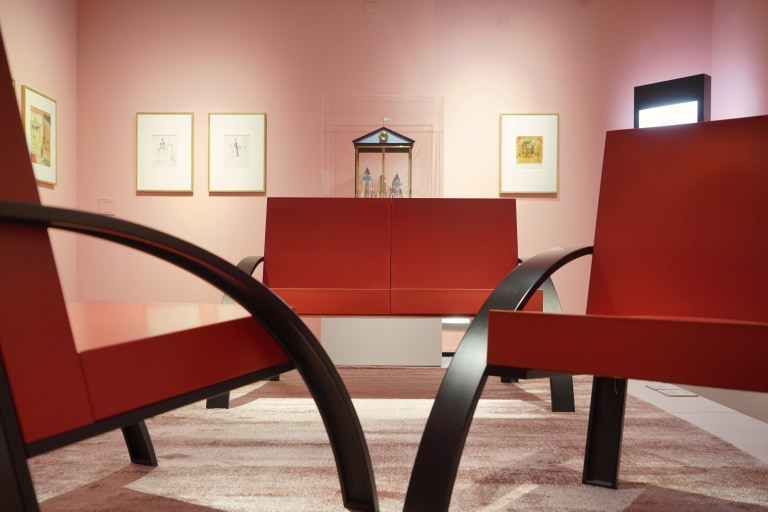 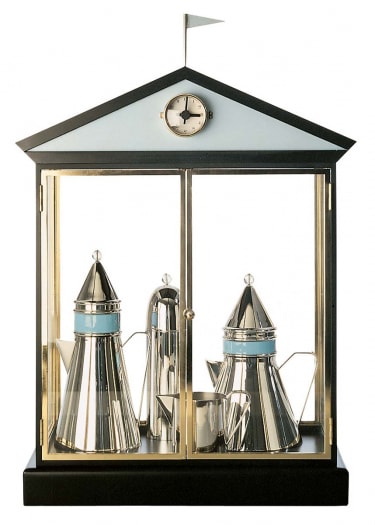 While the exhibition is open, it will be accompanied by a programme of collateral events devised by the Museo del Novecento in cooperation with Fondazione Aldo Rossi e MAXXI.

Alongside the exhibition, the catalogue raisonnè Aldo Rossi. Design 1960-1997 will be published by Silvana Editoriale, curated by Chiara Spangaro and with a critical essay by Domitilla Dardi. The first publication that brings together all the Rossi designer projects: the prototypes, the objects made, the unpublished works and the out-of-print catalogue designed by the Milanese architect-designer who won the Pritzker Prize in 1990. 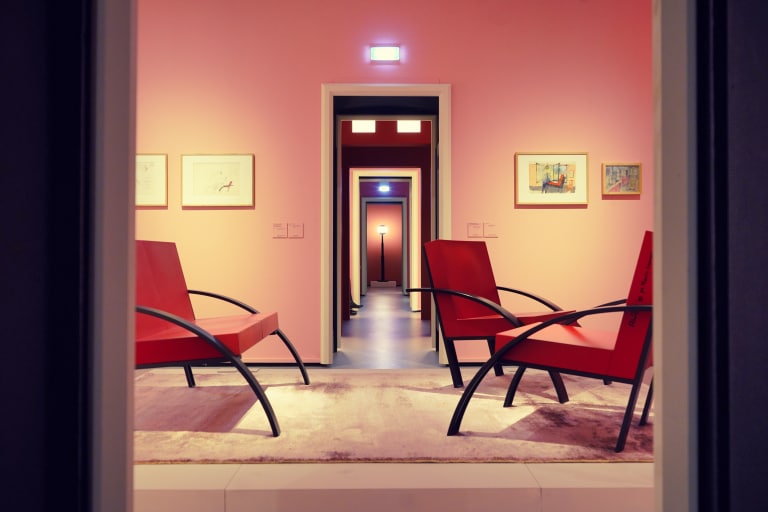 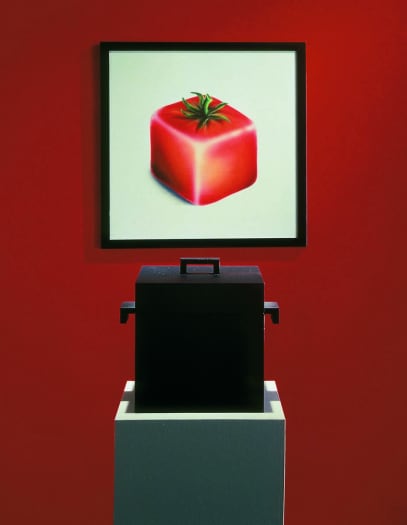 Aldo Rossi. Design 1960-1997 (working title) is a project is a project of the Museo del Novecento, the Aldo Rossi and Silvana Editoriale Foundation, supported by the Main Sponsors Alessi, Molteni&C|UniFor and Bruno Longoni Atelier d’Arredamento, and technically sponsored by Up Group. 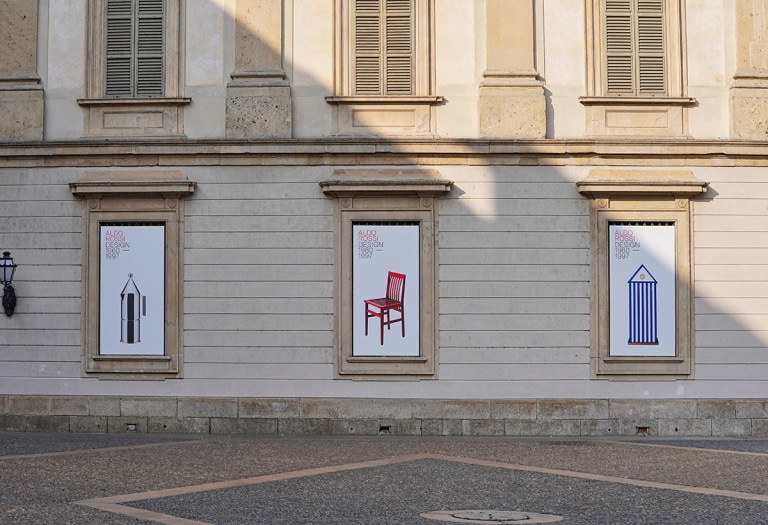 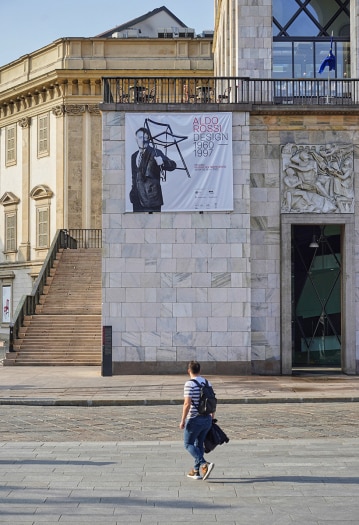