From the involvement of Enea Righi (one of the most important European collectors) as managing director, to the redesign of the Service Center by Mario Cucinella, here is how the art event from 3 to 5 February in Bologna is changing

With 141 exhibitors, from 3 to 5 February Arte Fiera returns, in pavilions 25 and 26 of the exhibition spaces of Bologna.

Many new features of the modern and contemporary art kermesse, now in its 46th edition, the fourth under the artistic direction of Simone Menegoi.

Starting with the choice of Enea Righi, one of the most important European collectors, as managing director, an unprecedented decision for an art fair. 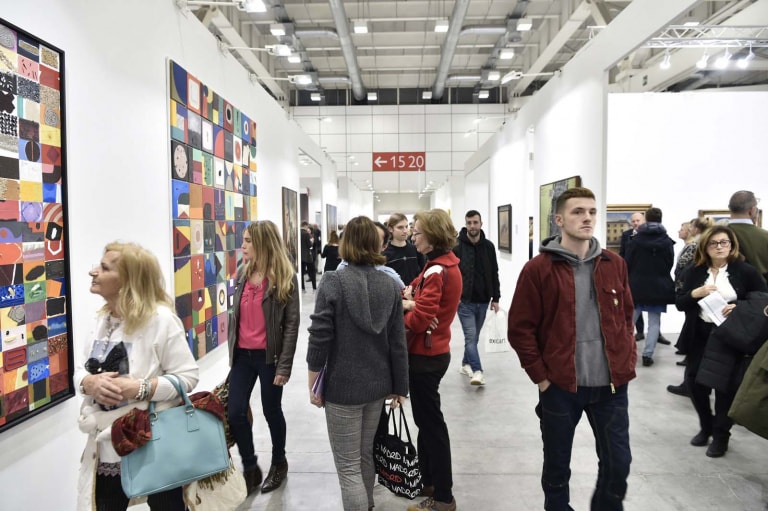 An edition of renewal that of Arte Fiera 2023, an event that presents itself with numerous new proposals on various fronts, from the installations to the program and the reception of the public.

Among the novelties, the involvement of maestro Alberto Garutti, who has always been linked to the city of Bologna, to whom the unpublished work entitled What happens in the rooms when people leave?, a phosphorescent paint that animates the spaces and furnishings of the fair when the lights go out.

At the entrance to Piazza Costituzione, visitors are attracted by a giant screen measuring 5x9 meters which will host the videomaker's Led Wall Commission#1 Yuri Ancarani, artist videos conceived specifically for the billboard format and for the vision of those who are crossing the threshold of the fairgrounds; in the same days the artist will also be the protagonist of a personal exhibition at MAMbo - Museum of Modern Art of Bologna.

Among the events not to be missed, the performance Rescue, a political dance that arises from a pile of rubble, by Public Movement, artistic collective originally from Israel for the first time in Italy, in collaboration with Fondazione Furla under the curatorship of Bruna Roccasalva, artistic director of the foundation.

Furthermore, the Book Talk cycle of conversations is back, with meetings centered on art books.

The experience dedicated to the visitor is also new, with the involvement of the chef Massimiliano Poggi called to take care of the culinary offer of the VIP lounge.

And the fair's partnership with Art City is also renewed, the Bolognese art week that will enliven the streets of the city from 27 January to 5 February, with over 150 events. 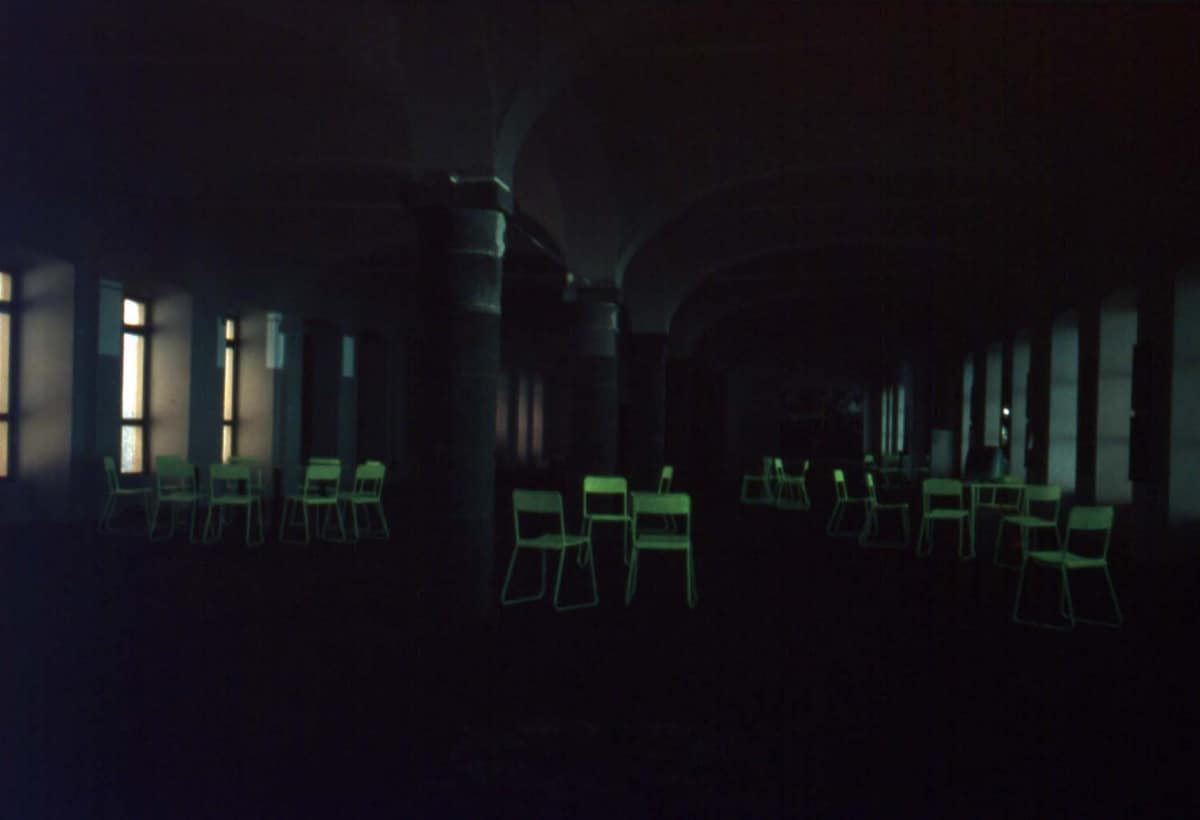 4
Alberto Garutti, What happens in the rooms when people leave?, 2003, Biella, Cittadellarte - Pistoletto Foundation. On the occasion of the exhibition: Public Art in Italy: the space of reports, edited by Anna Detheridge

The architect Mario Cucinella, with his studio MCA – Mario Cucinella Architects, has redesigned the Service Center of Arte Fiera 2023: “We have adapted the installation Design with Nature, presented for the first time during the Milan Furniture Fair 2022, at the Arte Fiera Service Center in Bologna, with a large bookcase with a part exhibition dedicated to art objects, a large garden and a meeting place.

Design with Nature was conceived from the outset as a reusable, decomposable, declinable installation.

A proposal that translates the concept of sustainability, not only aiming at the recovery of materials, but offering the possibility of using them several times, suggesting an intensity of use of the material.

I really like this idea that you design objects so that they can have more lives.

I hope that this set-up can remain in the Service Center of the Bologna hub for other exhibitions as well, it is an element that can be adapted to host events and appointments of various kinds from time to time, as a support to a shows, or as a small lounge with a bar.

It is a project that well describes the era we are living in, the importance of not wasting, of reducing the environmental costs of trade fairs.

It is an object that adapts to new activities, and vice versa, the different events can adapt and model themselves on this project, establishing a relationship of empathy between the functions and the shape of the object".

“Fairs are evolving, they are no longer just product display spaces, but places of concentration of knowledge and relationships, of meeting and exchange, of training and experimentation, they are accelerators of new ideas.

At the Salone del Mobile in Milan as at Arte Fiera there is a succession of conferences, debates, here people meet to exchange ideas and not just to do business.

We can imagine fairs as our new squares, agoras for meeting, debate and training, essential squares". 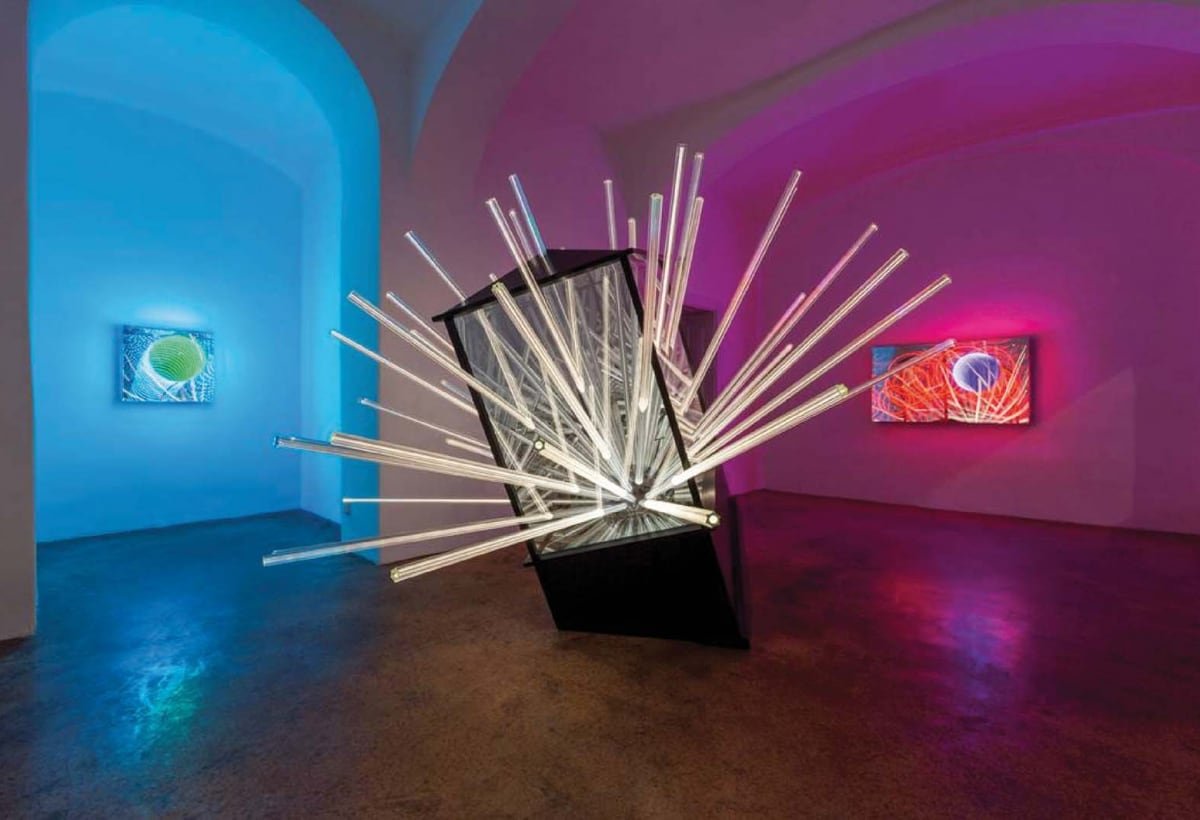 “The commitments behind major trade fairs are very important, both from an economic point of view and from a creative and productive effort point of view, so it becomes crucial to be able to re-adapt a set-up with minimal effort for different functions and spaces.

With great benefit for the environment, because the installations use a lot of materials and resources, and it is a waste to throw them away when they are no longer needed.

Design with Nature is like an organism that adapts to needs that are different from time to time, you cut a piece, add another, and with minor interventions the installation is transformed to infinity.

To be truly sustainable you have to reuse it several times and then, finally, recycle.

Design with Nature launched a strong message during the Milan Furniture Fair, proposing an idea that is reused in a fair where a lot is produced and wasted, and I like the fact that Bologna Fiere has accepted this challenge, and has accepted this collaborative relationship with Milan, without prejudice. It seems to me that the time has come for alliances”. 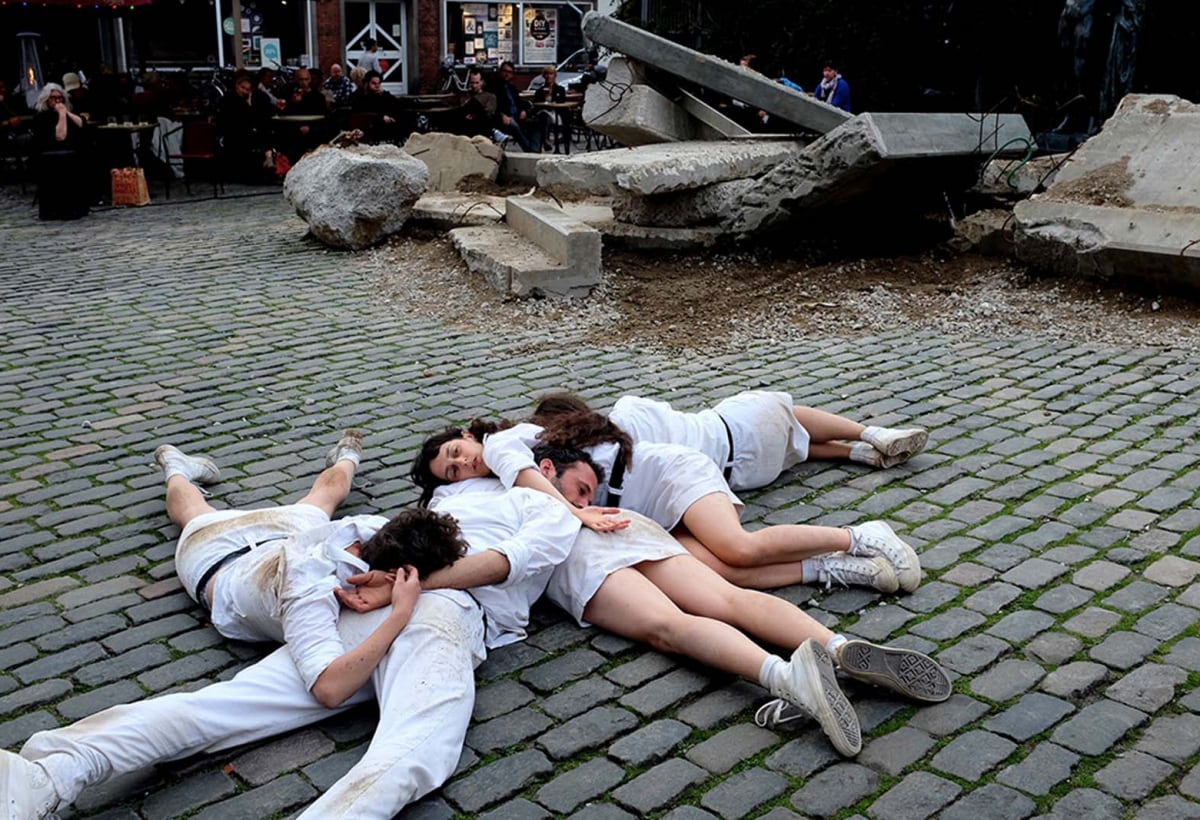 Who are the artists exhibiting at Arte Fiera 2023

There are 141 exhibitors at Arte Fiera 2023 (the complete list is here https://www.artefiera.it/arte-fiera/elenco-espositori/9719.html) .

The main section ranges from modern and post-war art, historic strengths of the event, to contemporary research, with a focus on Italian art.

The visit itinerary is organized in the format Percorso, which connects some stands according to a thematic criterion.

For example, the leitmotif of Percorso#1, supported by Mutina, is ceramics, a material that has undergone a rediscovery in recent years international.

Pittura XXI, as the name suggests, is an overview of 21st century painting, both Italian and international, which includes emerging talents alongside established artists, curated by the critic and independent curator Davide Ferri.

For collectors and photography enthusiasts, the reference section is Photography and moving images, curated by Giangavino Pazzola, which has chosen to tell the photographic medium from a broader perspective, in dialogue with other media, first of all the video.

Another novelty this year is Multipli, a section curated by Lisa Andreani and Simona Squadrito, dedicated to publishers, specialized galleries and bookshops, brought together under the common idea of democratic collecting, in harmony with the inclusive nature of the Bolognese event.