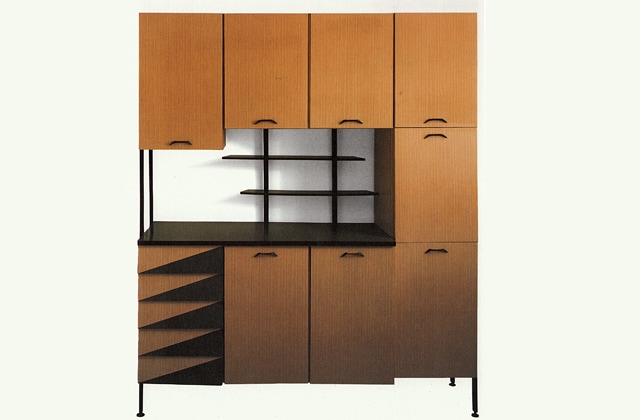 The company founded in Pesaro in 1961 by the brothers Valter and Elvino Scavolini, which soon became a leader in the sector in Italy.

today Gruppo Scavolini, with the brands Scavolini and Ernestomeda, has an industrial plant of 237,000 m2, with 660 employees and sales in 2010 of 225 million euros – celebrates its first 50 years of activity with a book edited by Massimo Martignoni and published by Skira. The book narrates the value of the brand through its history, introduced with an essay by Philippe Daverio and documented in images by Gabriele Basilico and Filippo Romano. The Scavolini formula and the reasons behind its success lie in the rigorous approach to continuous technological-aesthetic improvement of the kitchen as product; in a range of over 40 models and 350 finishes, with the collaboration of outstanding designers (from Giugiaro Design to King & Miranda, Karim Rashid to Michael Young). The company is ahead of the pack in understanding changes in the market and consumer attitudes, making major investments in research and communication, always in an innovative way, with constantly growing distribution networks (the group has over 1300 points of sale in Italy and 350 abroad). Another special feature of the brand is its focus on the territory of operation and environmental and socio-cultural issues (just consider the ecosustainable Scavolini Green Mind project launched in 2009, using Idroleb panels with very low formaldehyde emission for all the kitchens, and energy from renewable sources, and the OHSAS 18001 certification on health and safety in workplace management, also in 2009). The secret? “I like to recall”, says Cav. Valter Scavolini, President of the Group, “a saying of Confucius, which I used to open our book: ‘Choose the work you love and you will never work a day in your life’. We approach every new challenge with the same enthusiasm as when we were young. In this perspective, programming and strategy are fundamental”. Scavolini has become part of that small circle of Italian brands that are known on an international level. The upcoming challenges? “Expansion of the distribution network all over the world, with particular focus on emerging zones like China, India and Africa. The secret lies in constantly making small steps. Opening to foreign markets is important, but it requires great care. Last year Scavolini USA opened its first flagship store in New York. It is the biggest kitchen showroom in Manhattan, at the moment. A strategic choice we developed over time”. Scavolini is a symbol of Italian industry in terms of organization, but also for its approach to communication. “I have always believed in the force of advertising. The value of a brand can be seen in its ability to narrate what it is doing. We were among the first in this sector to use television and celebrities. For this anniversary we have decided to make a sizeable investment, a poster campaign for 15 days, covering 25% of the certified positions, in a 6×3 format, across the entire national territory”.