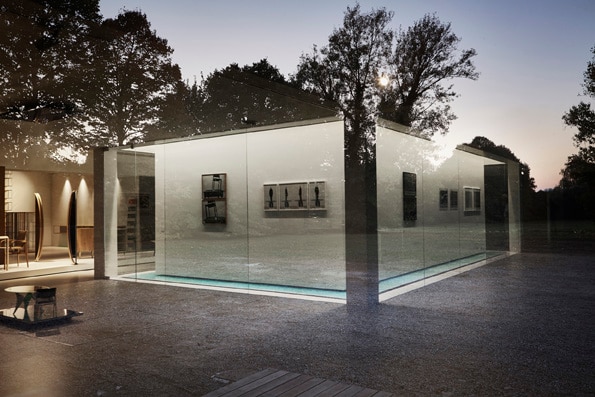 The Quadreria Contemporanea collection of Molteni&C, a project that began in 2006, curated by Cristiana Colli, commissions photographs and visual art to accompany each edition of the Salone del Mobile.

The collection is now on view in a site-specific installation for Glass Cube, entitled Floating Cube, with a concept by Ron Gilad who describes it as “…a cube within a cube, a suspended room with an entrance or an exit, an unexpected space for art.”

The obligation to put oneself on stage is on stage