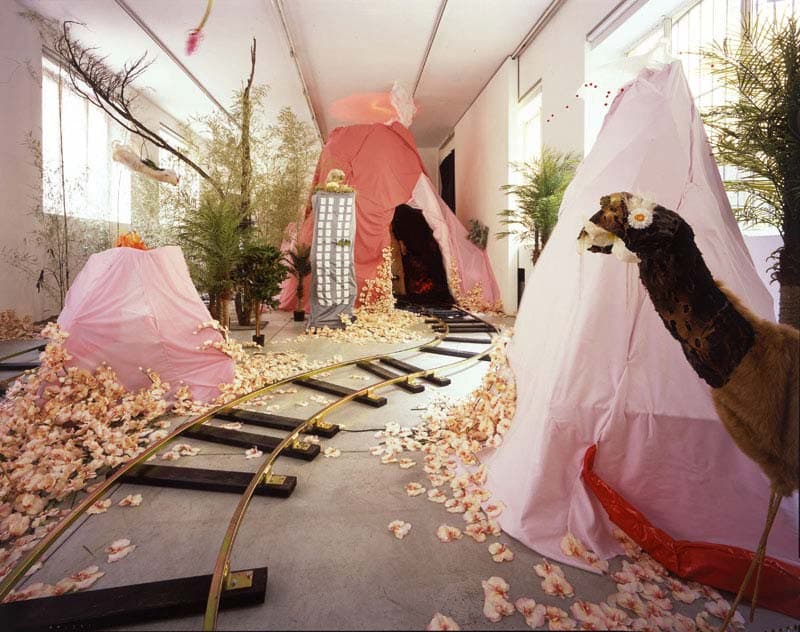 The biennial program Foreignness is now on view at La Fabbrica del Cioccolato, the multidisciplinary foundation in Canton Ticino, with an engaging atmosphere at the opening on 21 May.

The audience was greeted by the lights and sounds of the Emergency Disco Gang Swiss by Daniel González, a flash mob for ambulances, firemen, police cars, construction vehicles, agricultural vehicles.

The program continues with the exploration of the universe of Kamchatka ’16 (until 1 August), a site-specific installation by Anna Galtarossa, a prêt-à-porter voyage for one visitor at a time, through the real transposition of a mental map of the artist.

The initial impact of Fondazione La Fabbrica del Cioccolato will be unique, thanks to the temporary architecture of the Paper Building (until 30 September) by Daniel González that will wrap the entire facade (890 mq) of the former Cima Norma factory, now the headquarters of the foundation.