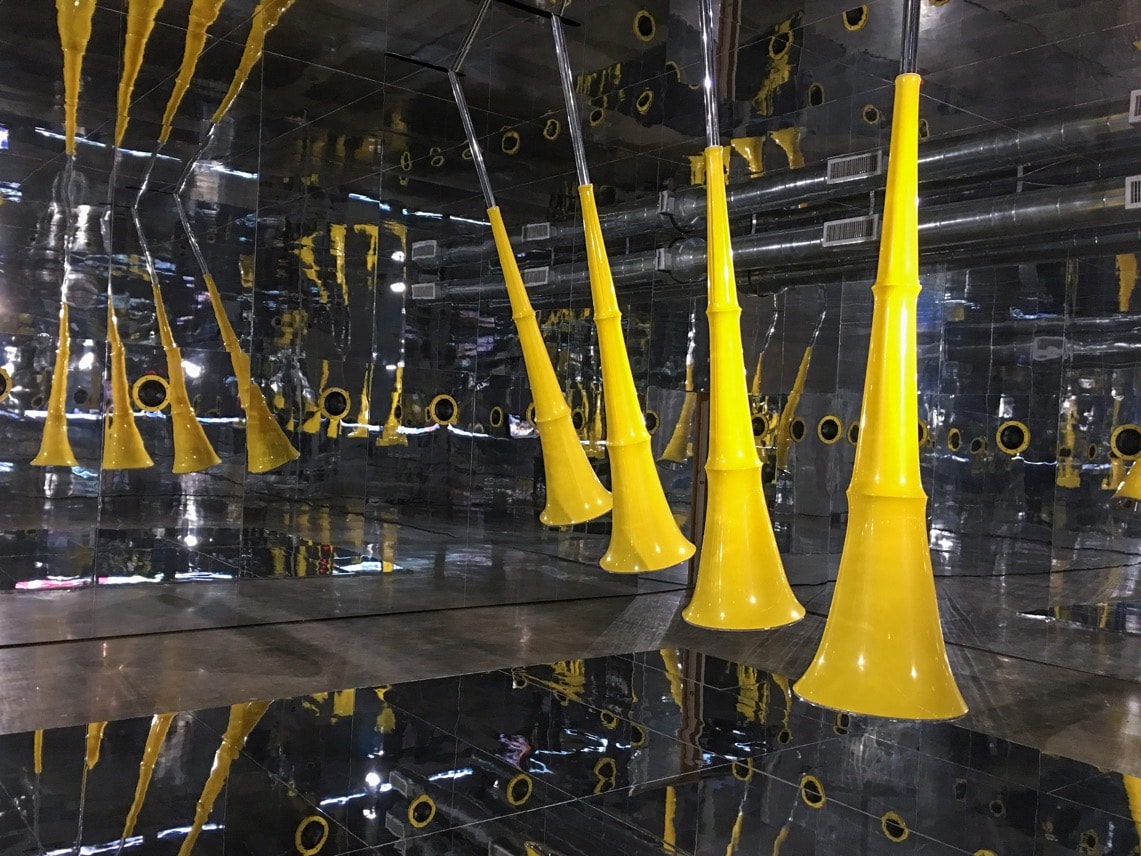 In a tribute to the craftsmen of time of the famous Swiss watch manufacturer Parmigiani Fleurier, Fragments-Euphonic Soundscape, the kinetic art installation created by Felice Limosani, will be on display during Art Basel Miami (starting on 3 December) at the Wynwood Arts District, near the Parmigiani Gallery.

Not an exhibition but a dynamic, sensorial sculpture. A spectacle that mixes sound, image and movement, reflecting on the sonic identity of places and the acoustic interaction between space and man.

The kinetic installation includes 24 speakers, to match the hours of the day, positioned on the lateral and frontal walls of the gallery (about 100 m2) to reproduce the real sounds of workmanship in Neuchatel, transforming them into melodic effects.

The four quarters of the face of the watch are represented at the center of the space by four horns, each containing a speaker, aimed downward to trigger a particular situation of acoustic perception.

The soundtracks overlap in a single, cyclical and continuous melody, and the sounds of handiwork, painstaking and harmonious, snatched from the rhythm of time, become as emotionally engaging as music.