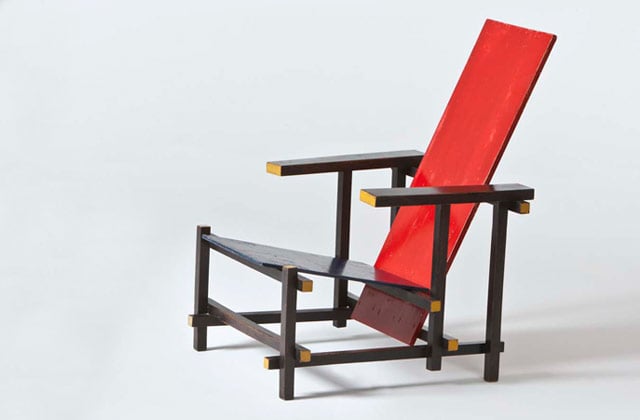 Dutchman Gerrit Rietveld (1888-1964) was one of the most important designers and architects of the 20th century. Trained as a cabinet maker, he was part of De Stijl, the movement that formed around Theo van Doesburg and Piet Mondrian, and he created two of its worldwide icons: the Red Blue Chair (1918/1923) and the Schröder House (1924). Until the end of the 1930s, Rietveld experimented with the creation of innovative furniture made with a wide range of materials, from lamellar wood to aluminium, including the famous Zig-Zag Chair (1932). After 1945 Rietveld worked mainly as an architect, designing prestigious buildings like the Dutch Pavilion for the Venice Biennale. The exhibition at the Vitra Design Museum is the first major retrospective on Gerrit Rietveld, and offers a complete overview of his work, as well as other pieces by some of his contemporaries, including Piet Mondrian, Theo van Doesburg, Le Corbusier and Marcel Breuer. www.design-museum.de.