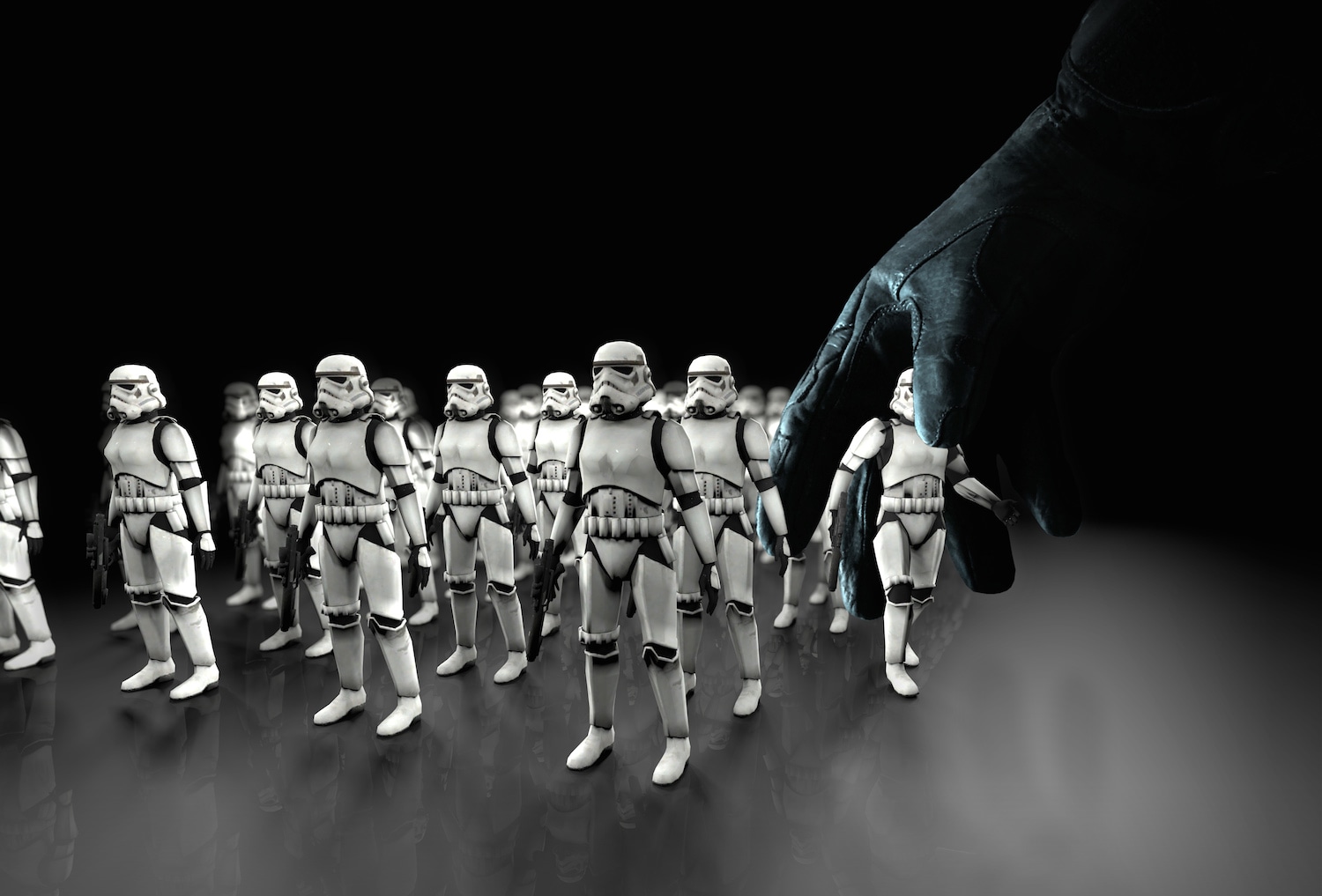 Organized by Kornice of Andrea Brunello, the exhibition on display in Treviso, at Casa dei Carraresi until 10 April 2016, presents a selection from the private collection of one of the world’s leading collectors of science fiction toys, Fabrizio Modina, including the complete series of all the official pieces of the Kenner brand produced from 1977 onward.

Over 1200 toys, including action figures, gadgets, models and period prints, to narrate a saga that has enthused kids and adults alike, to the cry of “may the force be with you.”

The exhibition, between Pop Art, science and sci-fi, a tribute to an extraordinary example of modern mythology, features the action figures, jointed doors of variable height (usually about 10 cm) equipped with weapons, vehicles and dioramas, invented by the Kenner company in 1977 precisely for Star Wars. The success of these toys was so great that they surpassed all the other existing types of playthings in terms of popularity.

With the royalties on the sale of these figures, George Lucas, the author and director of the original saga, was able to finance more films, achieving great freedom of creative expression, working without the pressure of the major Hollywood studios, a factor that contributed to the great success of the Star Wars series.

“Guerre Stellari. Play!”, through a chronological itinerary in five chapters, narrates the whole history of the saga, in a meticulous reconstruction using the toys and models of all the key scenes, showing visitors unforgettable moments of the history of cinema.