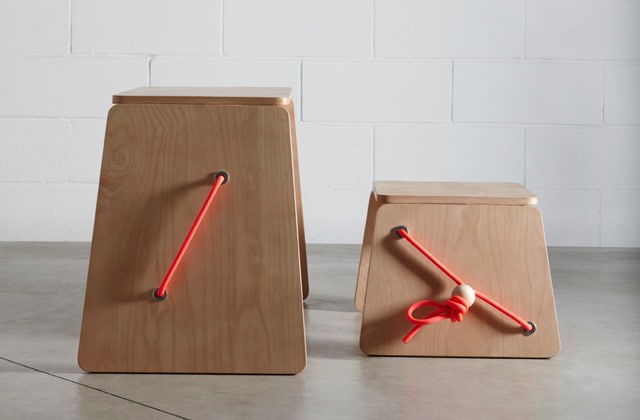 PlusDesign Gallery (via Ventura 6) presents a project of cooperation between Italy, Haiti and the Dominican Republic, inviting 10 designers to create school desks for the children of the ‘escuelitas’. Based on an idea by Claudio Larcher, the project sets out to build a bridge between the world of product design and that of international cooperation. The exhibition Hispaniola-Design for Solidarity is a sort of competition/non-competition that involves 10 designers  (Giulio Bacchetti, Matteo Ragni, Garth™, Filippo Protasoni, Lorenz-Kaz, InodaSveje, Donata Parruccini, Hubb Ubbens & Elisabeth Vidal, Claudio Larcher/Modoloco Design, Simone Simoncelli) in the creation of furnishings, especially desks, for the schools formed and managed by the Dominican NGO OnèRespè in impoverished areas of the Dominican Republic. From the 10 prototypes, a jury of experts (including Luisa Bocchietto and Michele De Lucchi) will pick 3 projects that can then be put into production by local woodworking shops in the Dominican Republic.