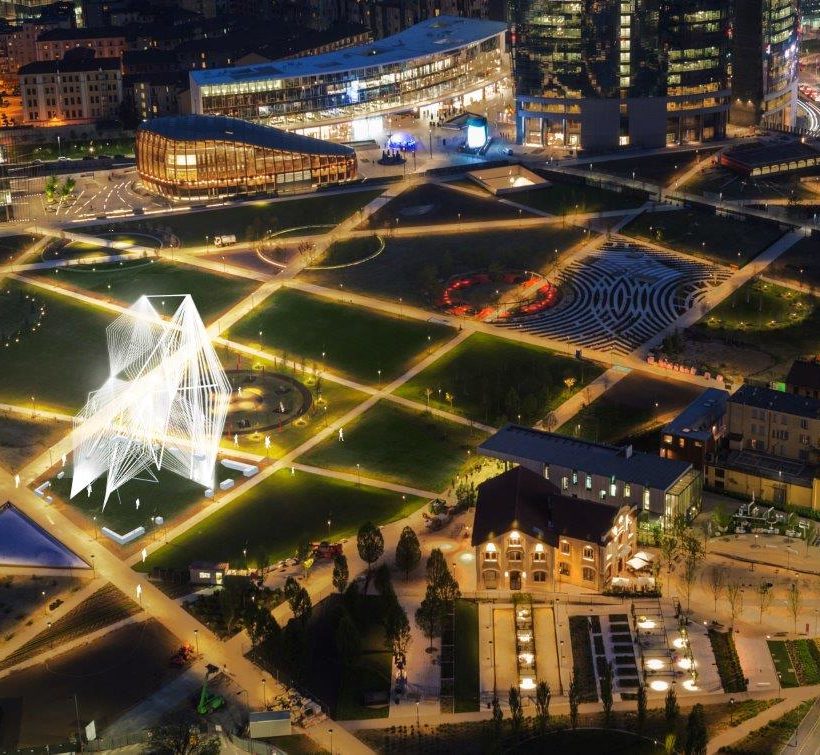 The goal of the three young designers is to identify an iconic and repeatable architectural feature that can represent this special part of the city where design, art and technology join forces in a single district.

The form points to a stylized, contemporary image suggested by the profiles of the new buildings in the area. The installations of iDD Reframed will be useful information points for visitors, to help them get their bearings amidst the many initiatives of Design Week.

The project is part of the program Recognizing the district at a glance organized by iDD in collaboration with Istituto Marangoni Milano • The School of Design.  Interdisciplinary groups of international students in the Visual, Product and Interior Design courses worked with the objective of generating a creative idea capable of making the physical confines and innovative character of the district visible. The young designers had two months to develop their ideas, which were evaluated by a jury of experts, including Mark Anderson, director of education at Istituto Marangoni Milano.

After carefully assessing the quality and feasibility of the proposals, the jury selecdted the winning project and two other finalist projects:

Sharon Foglietta and Marco Ripani were chosen for Energy Connection, where the energy of nature, the force of connections and the architectural context are the elements of inspiration for a series of high-tech interactive installations.

The jury was also impressed by the project of iDD Visual Identity proposed by the Chinese designer Yuetong Shi: every detail is guided by the objective of incorporating the entire district in a unique visual code.