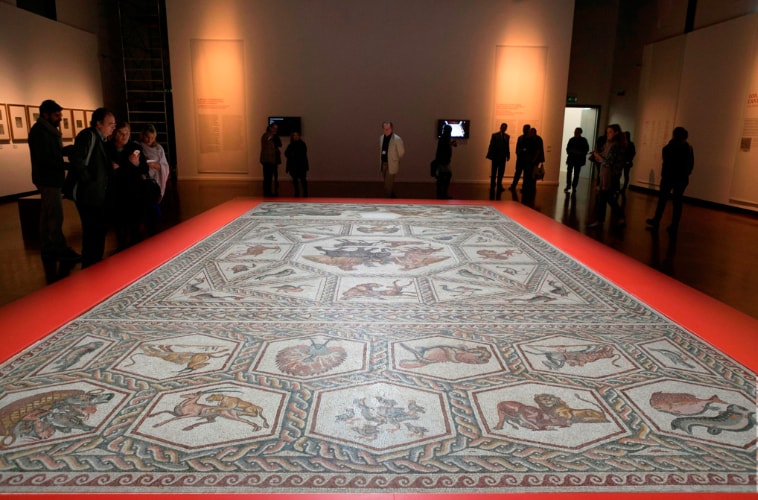 The show, the only Italian stop on a tour that takes the work to the world’s most important museums (from the Metropolitan Museum of Art to the Louvre, the Altes Museum, the Hermitage), has been made possible thanks to the support of Patricia and Phillip Frost. The tour will end with the return of the work to Lod, where in the meantime a museum will be built to contain it.

“The Menagerie of Wonders” is an initiative that offers the Italian audience an exclusive chance to see a Roman mosaic of superb iconographic quality that has been perfectly conserved, found in 1996 near the Israeli city of Lod, according to legend the birthplace of St. George.

The exceptional character of the work, which dates back to the third century AD, is also due to its state of conservation. This is one of the most beautiful and large mosaic floors ever found in Israel, a true archaeological gem in excellent condition. The floor is composed of squares with detailed representations of mammals, birds, fish, a range of plants and the ships that were used at the time of its making.

The mosaic is formed by stone tiles and cubes of glass of different colors: from blue to ochre, red to yellow, brown to white to black, passing through different tones of gray. Info:  hours 11.00 – 19.00 (closed on Wednesday).