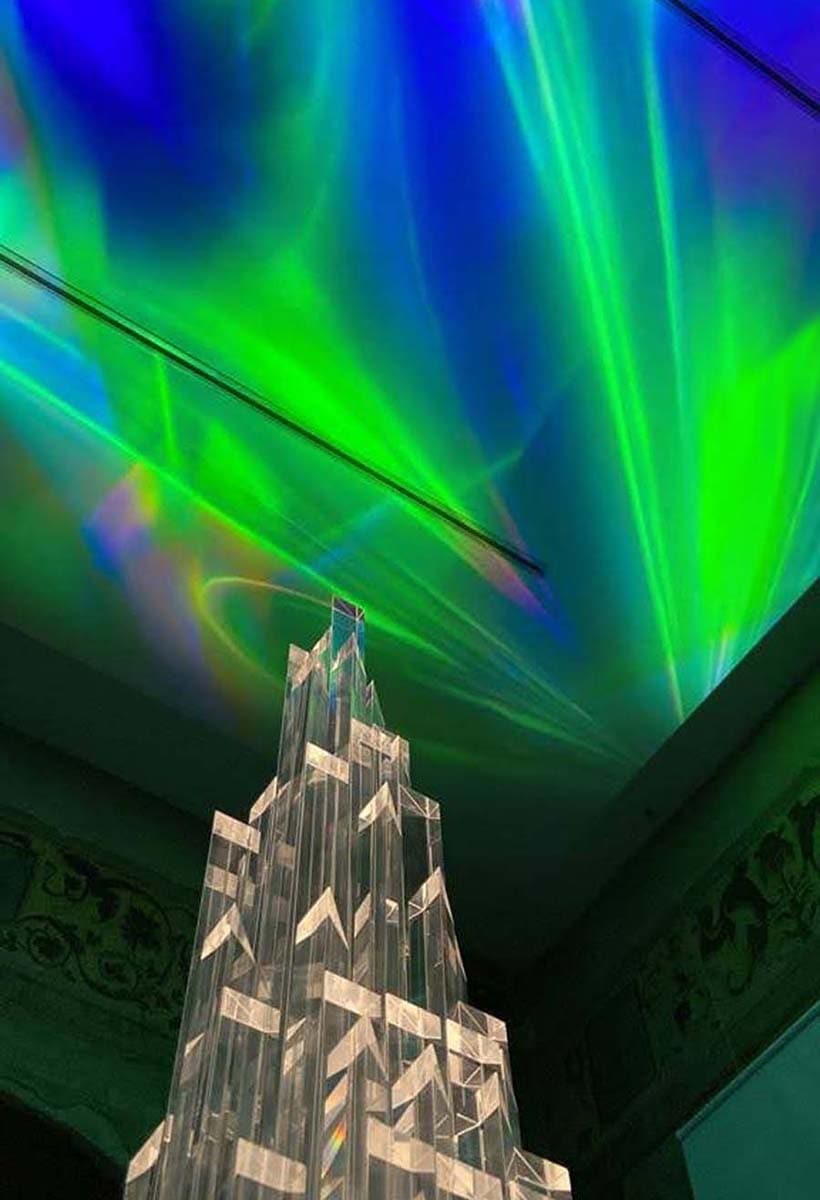 The wonderful journey between science and philosophy

The wonderful journey between science and philosophy

The relationship between science and philosophy along a multimedia exhibition itinerary of lights, music, images, characters and voices. An immersive narration between theatrical texts and videos in a scenography that marks the time from myth to contemporary science. In Trento, Palazzo delle Albere - Until 5 June 2022

Logic, conceptual analysis, rigorous argumentation are by historical tradition some knots that science and philosophy have in common by their nature. Unlike scientists, however, philosophers have always used these tools with greater freedom and often this freedom has turned into an important contribution at the basis of many scientific discoveries. For the great philosophers of the classical period, Socrates, Plato and Aristotle, there was an affinity between the two disciplines, since philosophy, as metaphysics and theology, was also science. In the modern era, science has begun to investigate nature through mathematical tools, using an experimental method and no longer deductive as in the classical period and has gradually begun to move away from science. Simplifying as much as possible, the problem today is how to recover a cooperation that has always guaranteed fruitful results. An interesting contribution is offered by the exhibition “The wonderful journey between science and philosophy”, a journey through time illuminated by beauty, love, thought. Signed by the philosopher and president of MUSE Stefano Zecchi, it is a tribute to philosophy, which has been a UNESCO World Heritage Site since 2002. 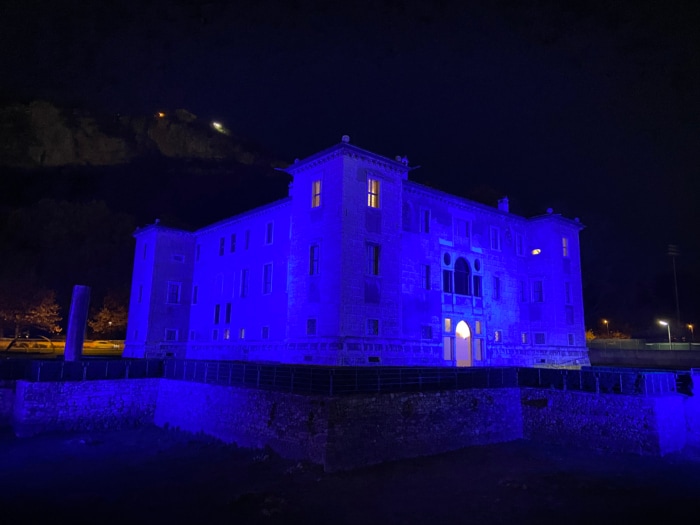 A suggestive image of Palazzo delle Albere in Trento, home of the exhibition.

The exhibition itinerary, on the first floor of the Palazzo delle Albere, from an idea by Stefano Zecchi and curated by Beatrice Mosca, with an installation and lighting design project by the architect Silvio De Ponte | De Ponte Studio Architects, opens the doors of knowledge to the visitor through a journey through time: from the symbolism of myth and logos to the origins of philosophy, the enchantment of faith, the harmony of humanism up to the birth of modern science and cosmos with the great contemporary questions about space and time. A journey that, from mythical narratives that tell the meaning of life and death, of the divine and the human, reaches up to our times. 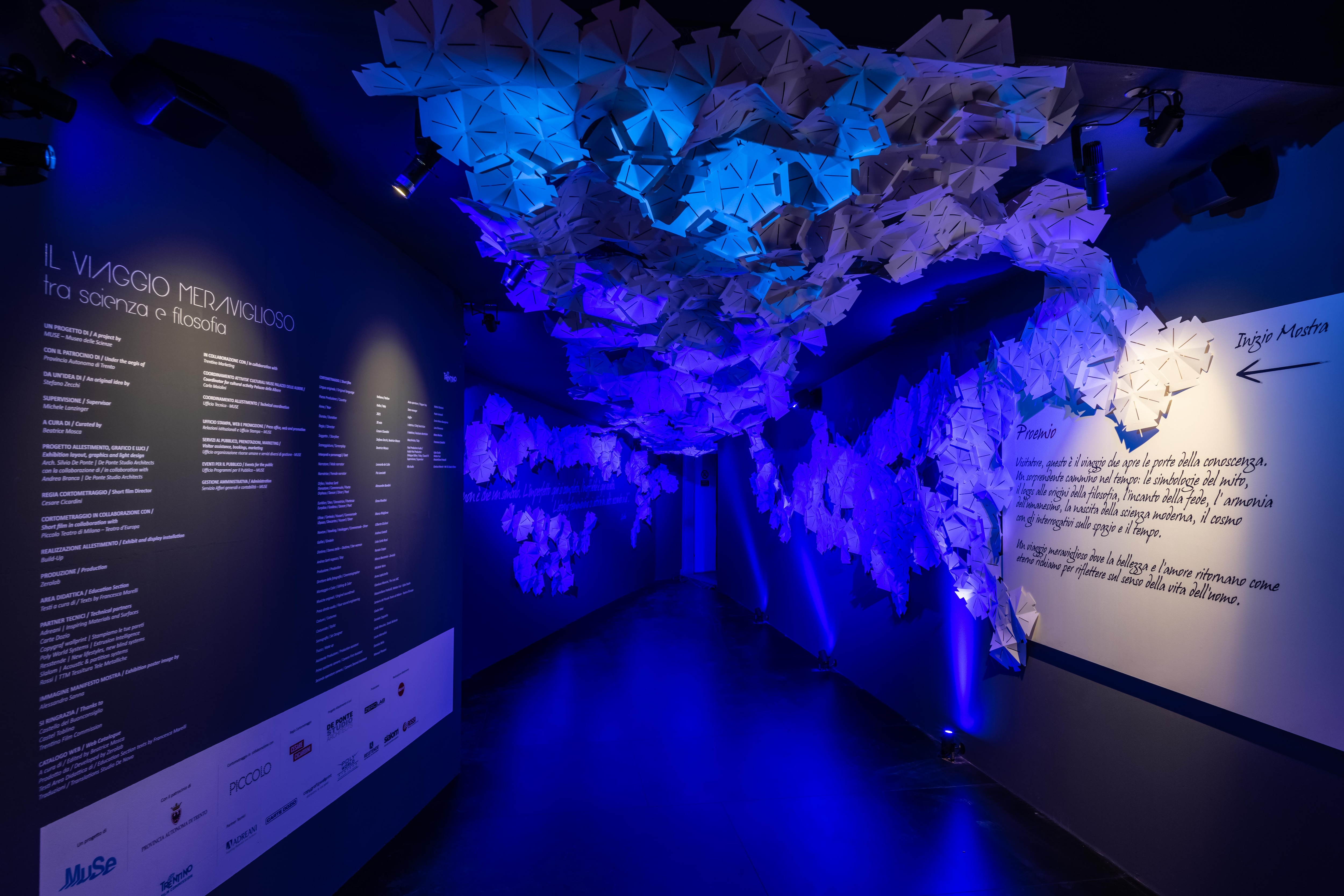 3
Some of the installations along the exhibition path.

From the classical myth we enter the era that investigates the rational foundation of the knowledge of what is earthly and divine, and then proceeds leaving behind the classical tradition and opening up to modernity. Humanistic culture inaugurates new horizons of knowledge inherited from the modern science of Galilei, Cartesio, Newton in a complex and conflictual dialogue with philosophical and theological thought. At the end of the journey, entering the contemporary world represents a symbolic return to the origin of Western civilization. 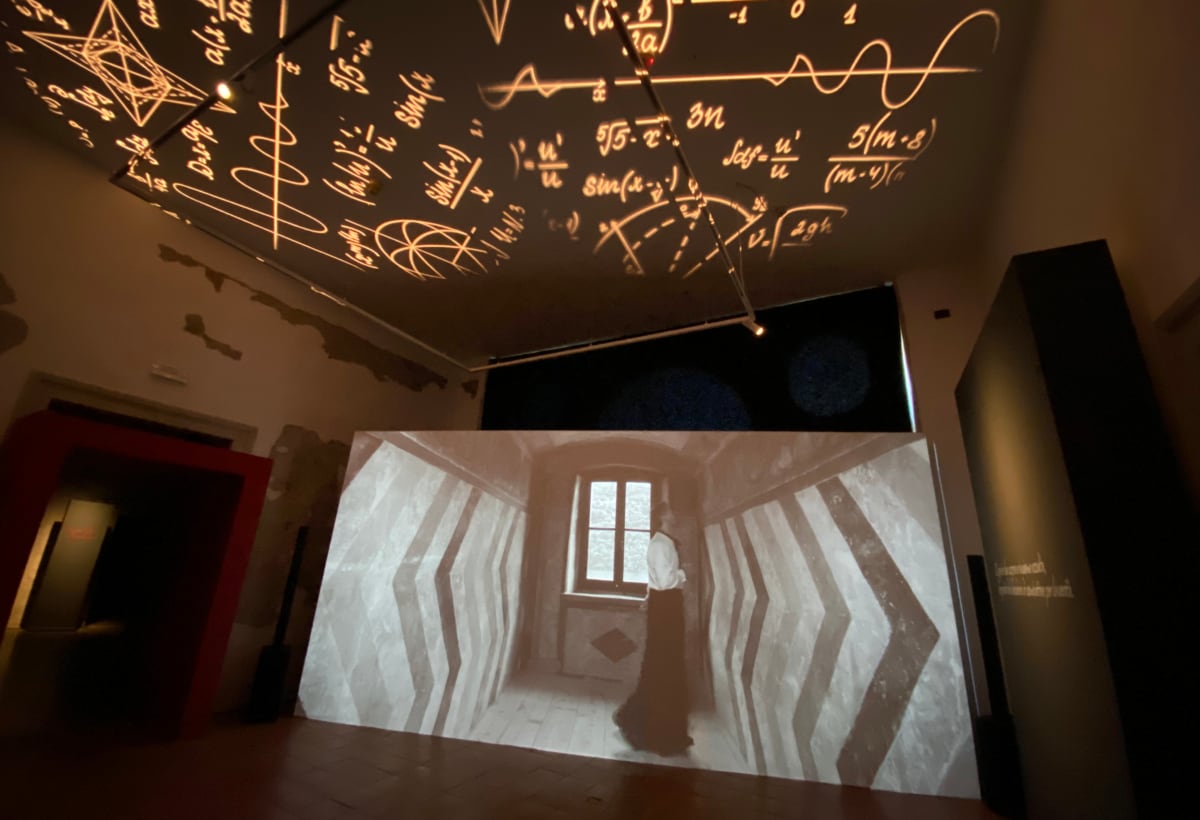 4
The installation and lighting design project for the exhibition is curated by the architect Silvio De Ponte | De Ponte Studio Architects.

The visitor will find in each room the representation of man's journey, immersed in a visual story of words, images, music, lights, voices, evocative installations. A staging as a total work conceived and built using sets curated by the architect Silvio de Ponte, in harmony with the theatrical court métrage, directed by Cesare Cicardini and in collaboration with the Piccolo Teatro of Milan. The alternation of observation points of projections and scenes in the rooms, also through the use of superimposed screens in decomposition, with the support of the words written on the walls and evocative sets, make the path dynamic. 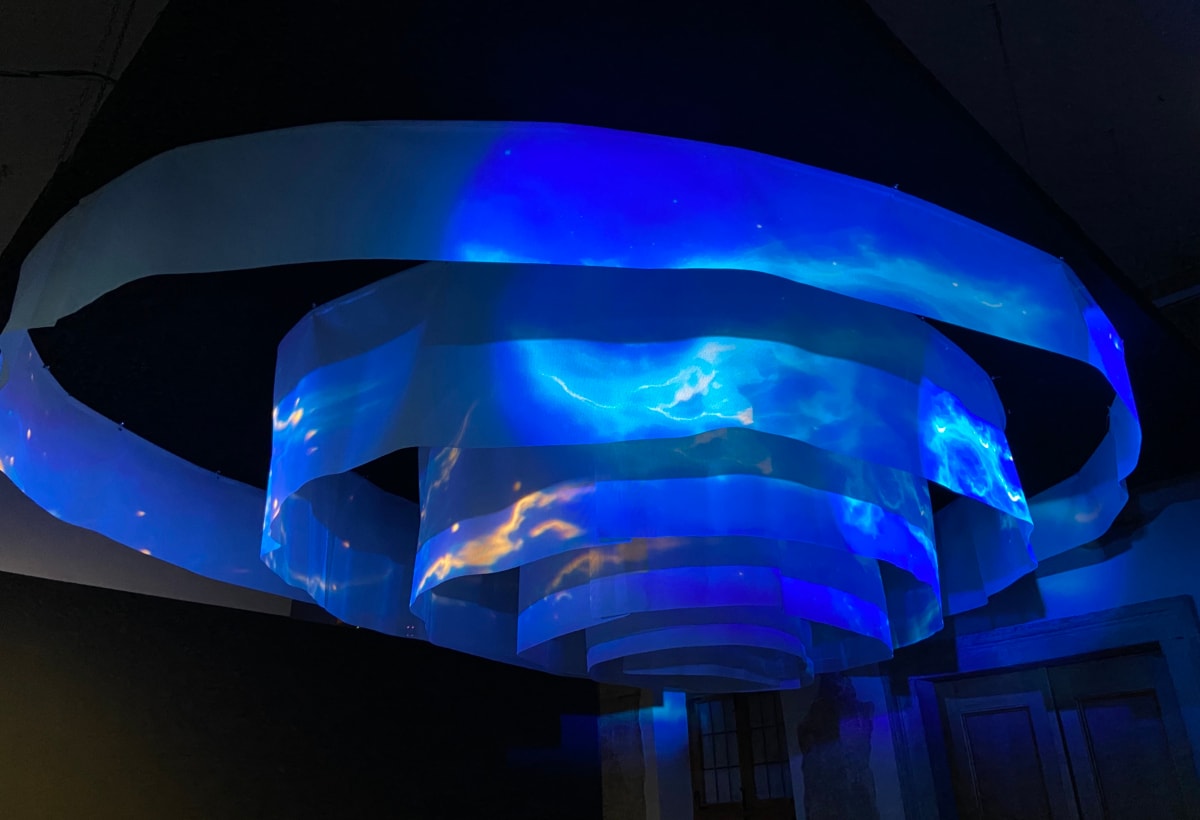 4
View of other installations of "The wonderful journey between science and philosophy" at Palazzo delle Albere in Trento until 5 June 2022.

On the ground floor of Palazzo delle Albere, visitors will be able to access the in-depth didactic area curated by Professor Francesca Marelli. Touch screens and video screens, with the setting up of a reception area, will be available to all visitors and school groups, to explore the themes of the exhibition. 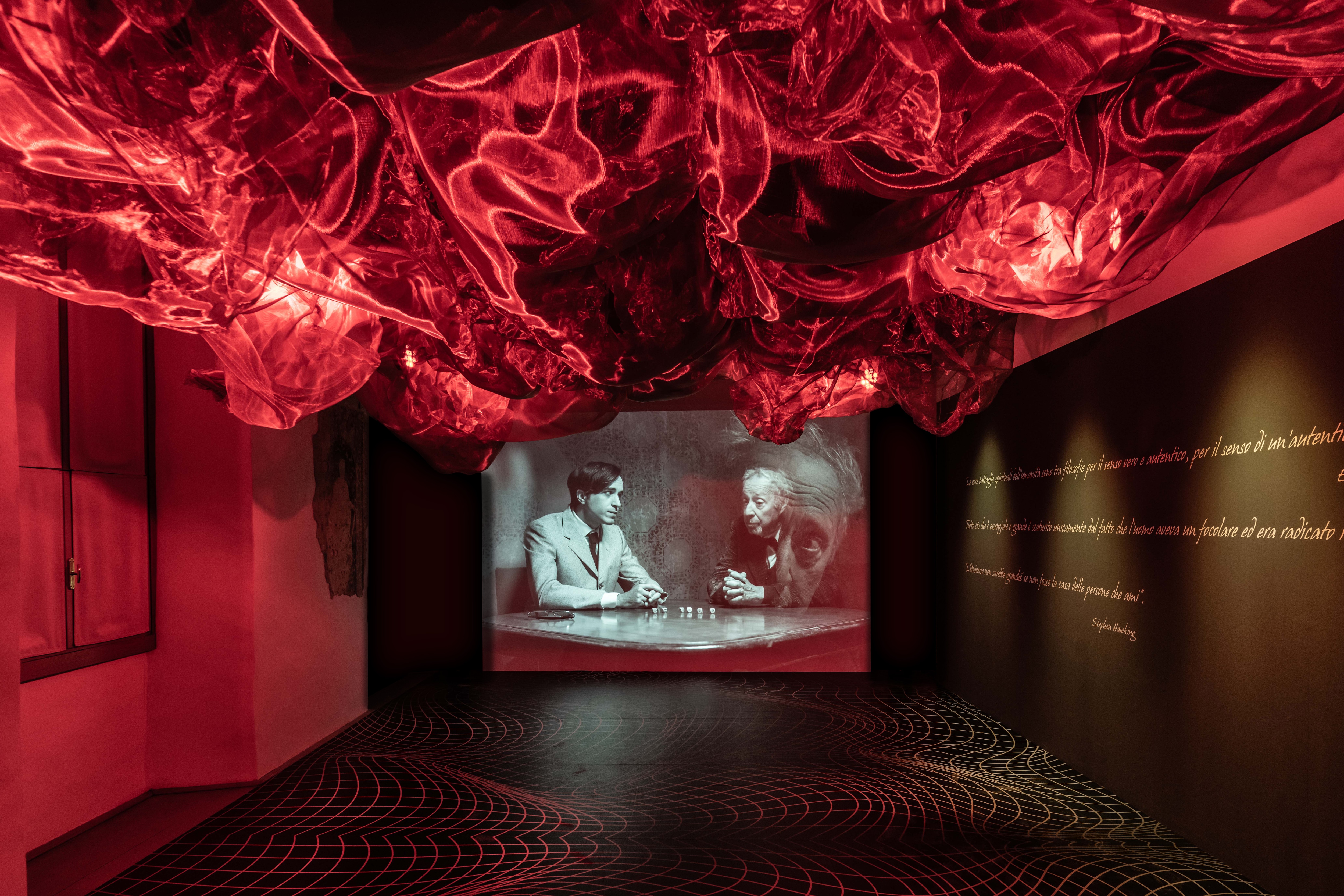 2
A staging conceived and built using sets curated by the architect Silvio de Ponte, in harmony with the theatrical court métrage, directed by Cesare Cicardini and in collaboration with the Piccolo Teatro of Milan.
#Agenda #Shows

In Rome the archaeological remains light up with experimental art