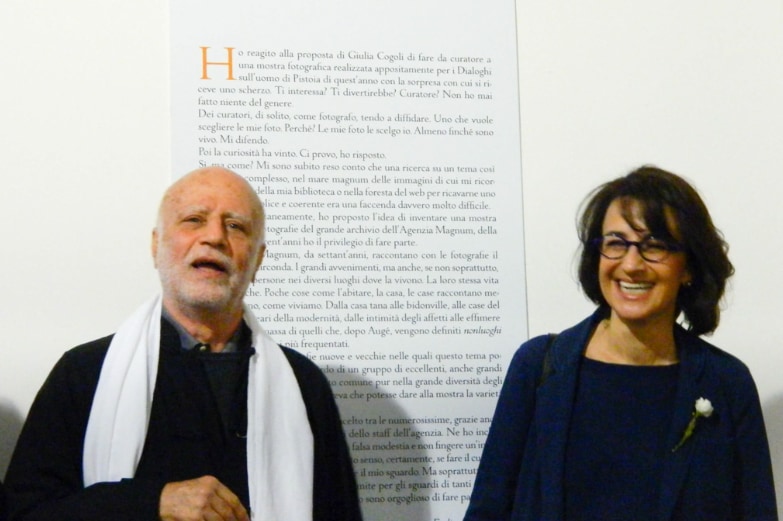 On Friday 27 May, the opening in the Sale Affrescate of Palazzo Comunale in Pistoia of “In gioco,” a solo show by Ferdinando Scianna. Inspired by play, the theme of the 7th edition of Pistoia – Dialoghi sull’uomo, the show is a tribute of the contemporary anthropology festival to this great master of Italian photography.

The exhibition, which brings together for the first time a series of photographs portraying people at play – 40 of medium size and 10 in a large format, made between 1962 and 2007 – will be open free to the public until 3 July. The images show how Scianna always looks at reality, through the lens, with “anthropological” gaze.

Completing the exhibition is a photographic installation Scianna has made on the issue of gambling addiction: a montage of large color photographs taken to show the underworld of places where games become corruption and human beings lose their way.

Scianna is a photographer who plays, not only because for him photographing means playing with more or less visible mirrors, but also because every picture is a puzzle, a game that contains other games. “You can not photograph play, just as you cannot photograph love: you only can photograph lovers, those engaged in the game,” Scianna explains.

For the festival “Pistoia – Dialogues on humans” Contrasto will publish the book of photographs by Ferdinando Scianna titled In gioco (120 pages, paperback, 20×24 cm).