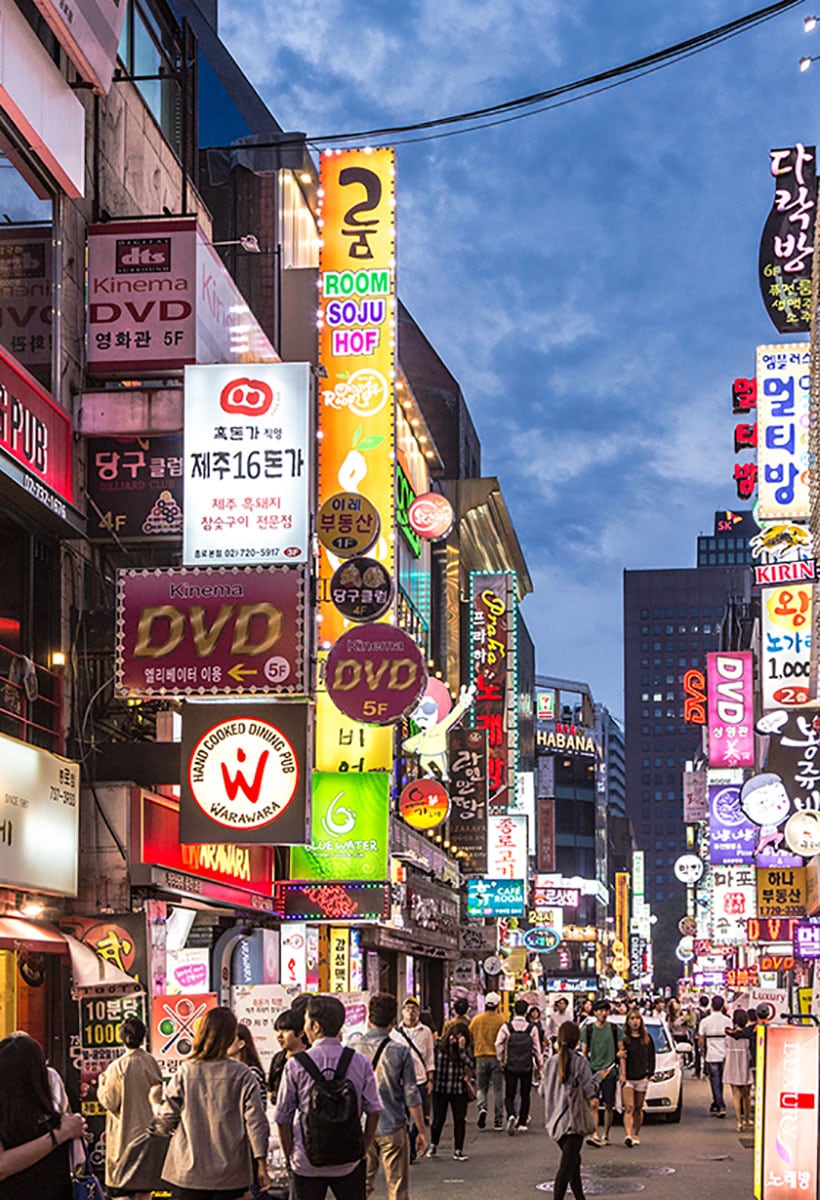 Federico Failla, Ambassador of Italy to South Korea and Vincenzo Calì, Director of the ICE Office in Seoul on relations between the two countries

In 2020, the Korean market accounted for 4.7 billion of Italian exports. Growing value in 2021 which reached 5.3 billion euros.

A relationship, that between Italy and Korea, virtuous for many cultural and productive sectors, also for design.

We asked Federico Failla, Ambassador of Italy to South Korea and Vincenzo Calì, Director of the ICE office in Seoul, to tell us about the peculiarities of the liasion between the two countries and the actions taken in recent years to strengthen this relationship.

Ambassador Failla what are the elements of cultural affinity between Korea and Italy, let's say in the field of design?

Federico Failla: Both countries have a deep love for culture, knowledge and quality. In South Korea, Made in Italy is highly appreciated because the public of this nation loves and understands quality beyond the brand. Buyers not only follow brands and their positioning, as happens in some emerging cultures, but are connoisseurs of 'know-how' and manufacturing capacity.

Another aspect that unites us is the ability to combine tradition and innovation. Many of the Italian products have strong, creative or productive references to the past. Korea is a nation that I would define as 'post-technological'; always connected, and where electronic devices play a decisive role, but which at the same time is based on the values ​​of tradition.

Combining innovation and tradition is a central theme that belongs to their culture and also to ours. 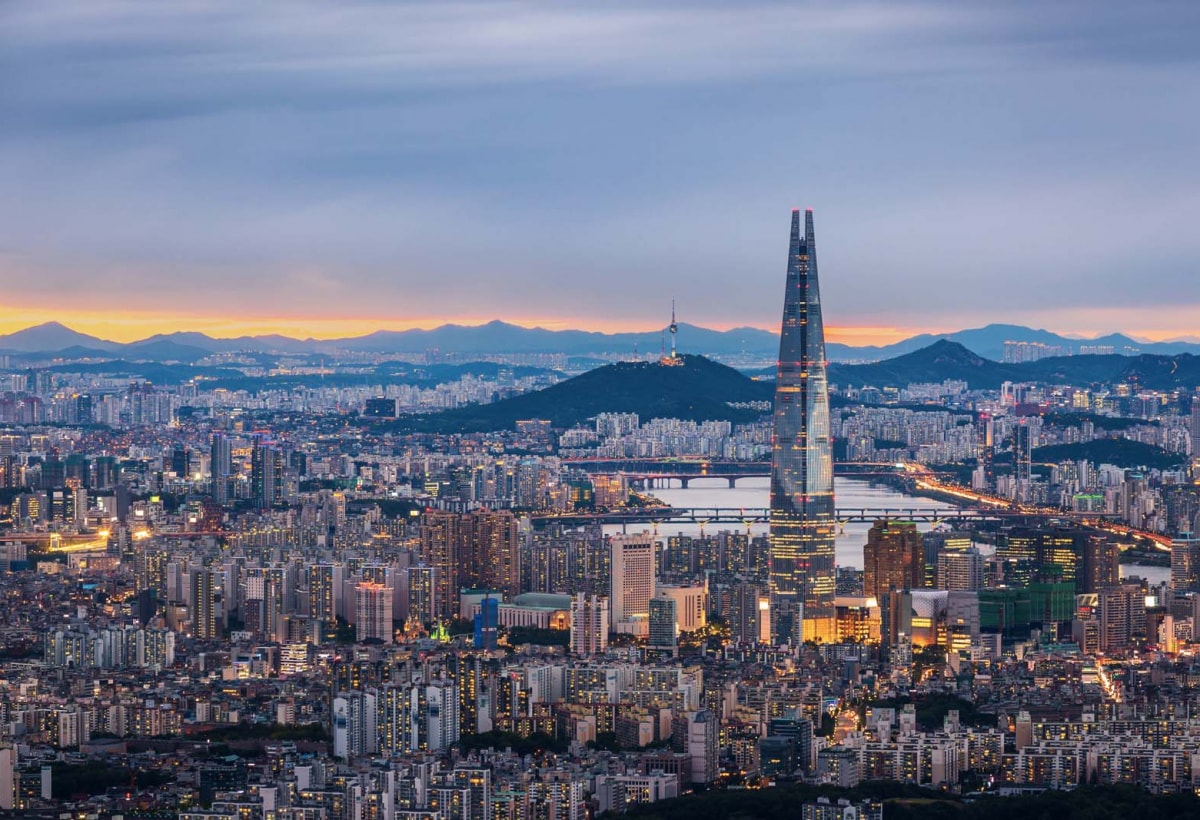 3
Seoul City skyline and downtown and skyscraper at night is The best view and beautiful of South Korea at Namhansanseong mountain.

A theme that is very much felt by design companies. For this sector, the Embassy supported the initiative of ICE High Street Italy, what is it about?

Federico Failla: It is a large showroom in a central area of ​​Seoul entirely dedicated to Italian products from many sectors, a symbol of our country's presence in South Korea.

It is not just a showcase but a place dedicated to events and initiatives that speak of design but also of major contemporary issues such as climate change and low environmental impact.

The goal is to make guests feel immersed in Italianness by sharing projects and visions. The format is unique and has greatly supported the spread of our companies.

High Street Italy, a model that works and could be exported?

Federico Failla: The initial idea was precisely to have more places offering this format around the world. The High Street Italia showroom in Seoul was inaugurated in December 2019: the activities never stopped but were reduced and reorganized respecting the limits imposed by the health emergency. Now we are in the conditions and ready to leave again.

The Italian Design Days are a very important occasion for our design. Are you thinking of making it a permanent system of communication and knowledge of our culture in the world?

Federico Failla: We have been working in this direction for some time. The architect and designer Raffaella Mangiarotti, and the director of INTERNI Gilda Bojardi, joining their voices with well-known Korean panelists: Kim Soo-jeong, Director of the Seoul Museum of Craft Art (SeMoCa), Lee Kyung-don, CEO of the Seoul Design Foundation, Yun Sang-koo, architect and Vice President of The Rotary Foundation and President of the Seoul Spring Chamber Music Festival and architect Maing Pil-soo, Professor at the Hongik University School of Architecture.

The Seoul IDD was followed in June by the event at FuoriSalone, at the Giangiacomo Feltrinelli Foundation, Again, From The Earth's Foundation with the artistic direction of Shinjae Kang.

The Ministry of Culture, Sport and Tourism of the Republic of Korea, together with KCDF - Korea Craft Design Foundation, wanted to involve three great names in Italian design such as Michele De Lucchi, Mario Trimarchi and Francesco Faccin.

Each with their own approach to design has interpreted Korean aesthetics through works created by three Korean master craftsmen Gangyong Park, Hyungkun Lee and Sungja Hur, known for their care and skill in the use of natural raw materials.

The Embassy of Korea also organized and edited, together with Interni, the talk Italy and Korea. A platform for co-design

Watch the video of the talk here.

This September, we will host an event that combines art and design: we will set up an exhibition in Seoul dedicated to 'I Mirabili', the artwork by Mario Lodola, thanks to the support of the company Formitalia.

What is the vision and role of design in the Embassy's next strategies?

Federico Failla: We are focusing on the design of materials. A theme very transversal to the production sectors, strongly connected to design and which allows us to talk about sustainability and circularity of economic models. Issues that can only make exchanges between Italy and Korea even more interesting and profitable.

I think we need to work on platforms that are able to make the Italian ecosystems dialogue with the Korean ones. By 'ecosystem' I mean a system that combines training, research and production into a single entity.

Director Calì, although the difficulties due to the pandemic, the export of Italian products to Korea has increased in these two years. The opportunities therefore remain many…

Vincenzo Calì: In Korea there is a good perception of Made in Italy, it is much appreciated. It constitutes an added value compared to the production of other countries. This is a value that is recognized in all supply chains, in particular for the fashion sectors - with particular attention to leather goods and footwear -, for the food and wine sector, for interior design.

ICE Seoul has worked well and in an integrated way on the presence of brands in Korea but also on e-commerce, in particular through the GMarket platform.

Vincenzo Calì: We worked on various levels. Much of my tenure coincided with the health emergency period and so we had to cut down on B2B in-house initiatives, focusing on B2C. We have started various consumer promotion projects and some virtual projects to support the matching between Italian companies and Korean distributors or partners.

In 2021 we created the Italian Pavillion on Gmarket, a section of the market place very famous and much appreciated Korean, which hosts about 60 Italian companies that were not yet present in Korea and that went online with over 700 products in the assortment. This project will be extended for a second year, starting shortly. 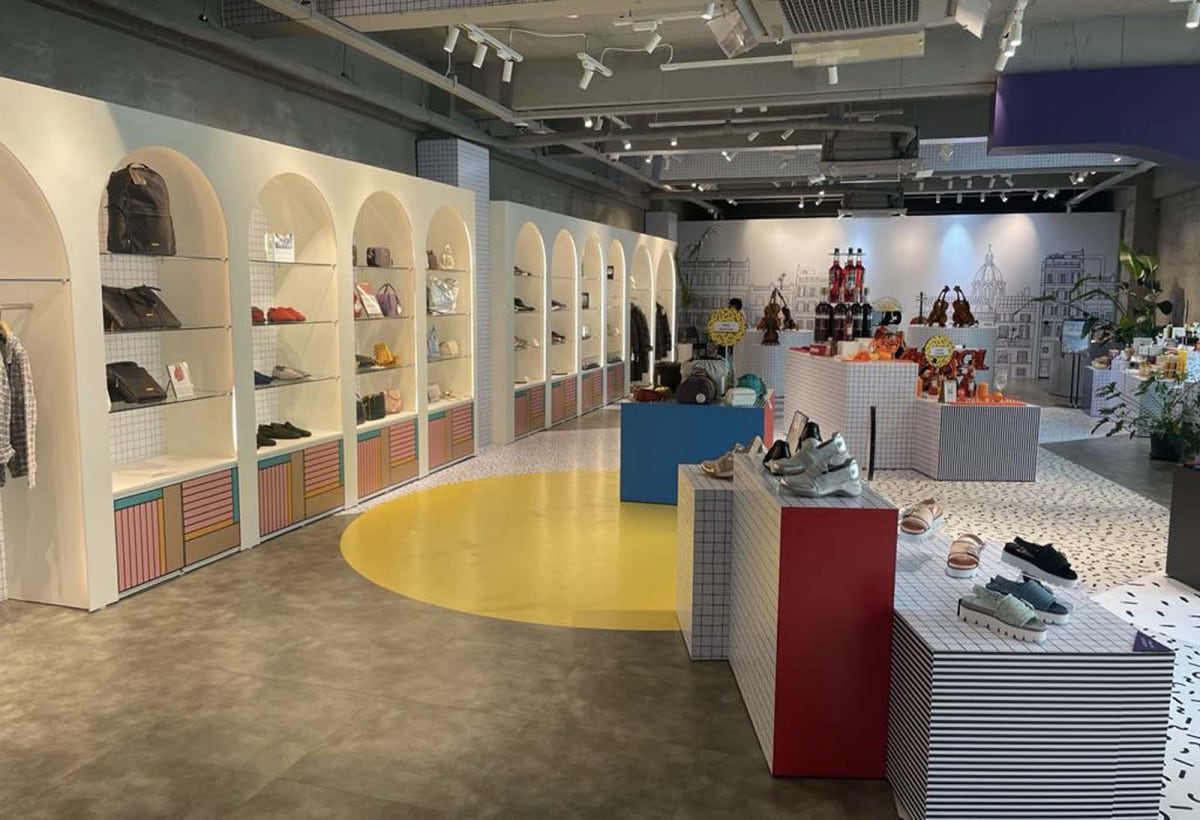 The opening of HSI, High Street Italia instead had the aim of immersing the Korean customer or distributor in an Italian environment, to appreciate the manufacturing quality of our country's products

Vincenzo Calì: High Street Italia is a showroom located in one of the trendiest and busiest shopping areas in Seoul. It is a four-storey building, available to Italian companies, which can present and offer their products for sale to the Korean consumer. These are excellence in the most representative and attractive sectors: food, wine, fashion, cosmetics and design, to name the most popular.

For example, we have a floor entirely dedicated to furniture and design in which we organize events and meetings in collaboration with the Embassy and the Institute of Culture. But also thematic spaces dedicated to tourism, books and Italian musical instruments, as well as a space on the top floor, equipped with a professional kitchen where we create Cooking Class and tastings much appreciated by both an audience of amateurs and professionals of the sector Food & Beverage. A sort of 'Casa Italia' at the disposal of companies and institutions to promote Made in Italy in its transversality.It is a fairly unique project that has reached its third year and will certainly continue in the future.

Exports to Korea in 2021 reached 5.3 billion euros and bodes well for a growth in interest in Italian products

Vincenzo Calì: In the fashion sectors (clothing, accessories, leather goods, footwear, eyewear) Italy exports more to Korea than to Japan, which has more than double the Korean population. The value and growth of exports to this country is very significant for us.

As for all international markets, companies can make use of the diplomatic-consular network and the ICE Agency to get in touch with the many local realities interested in the Italian product: from trade associations up to buyers, importers and distributors.

The ICE can also support Italian companies on the topics of e-commerce providing a landing place in this market even for those who do not yet have a direct importer and who can sell directly to the final consumer in cross-border mode.

A facilitated approach to enter the market and which can evolve into a more stable presence in the future. This, and many others, are the services that ICE provides to companies interested in learning more about and seizing the opportunities of this market which is so consistent with ours.