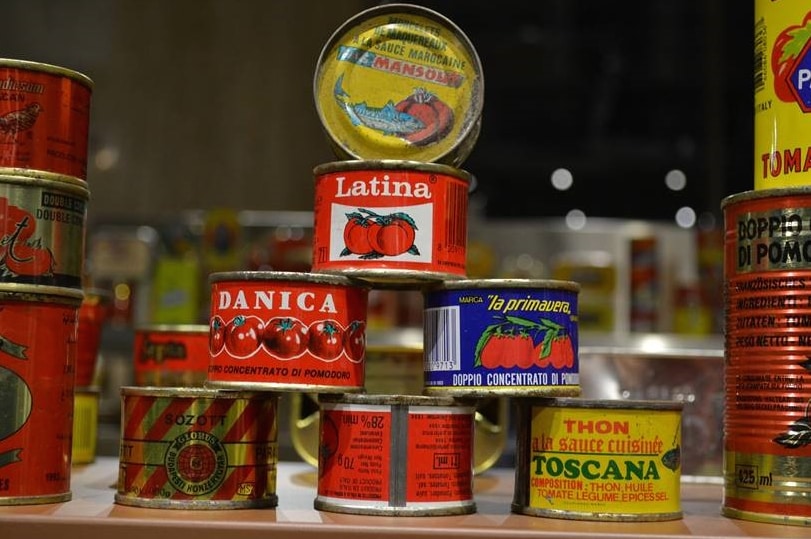 The Del Tongo showroom in Milan presents an unusual and original exhibition on sealed food cans.

Tin cans are everyday objects with a long history of over two centuries. The first to develop them was an Englishman, Pierre Durand, who in 1810 obtained a patent from King George III for the conservation of foods “in glass, pottery, aluminium and other metals.”

Durand’s patent was based on 15 years of experimentation by the Frenchman Nicolas Appert, who developed the idea of conserving food in bottles.

The big family of tin cans has been divided into two large categories.

The “humble” canned goods like sardines, tuna, sauces, tomatoes, meets, which are sealed and once opened are thrown away, and the “aristocratic” items, jars with lids, that contain less perishable foods (cookies, candies, chocolates), that can take on a life of their own after their initial use. Collectors are on the lookout for the latter type, where the most coveted specimens come from the late 1800s and the first half of the 20th century.