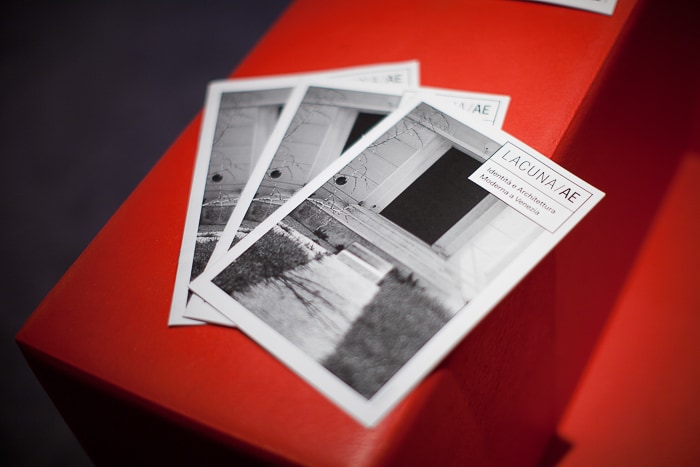 Istituzione Parco della Laguna hosts the photography exhibition Lacuna/Ae. Identity and Modern Architecture in Venice in the picturesque setting of the Torre Massimiliana, a former military fort recently restored and located on the island of Sant’Erasmo, in the lagoon to the north of Venice.

The exhibition has a concept by Eleanora Milner, curated and organized by Elena Caslini and Eleanora Milner in collaboration with the Archivio della Comunicazione of the City of Venice, with the support of Associazione Culturale Lavanderia Young.

Over 100 photographs by 17 Italian photographers documenting former industrial areas of Venice revitalized for residential use in the second half of the 20th century, and areas adjacent to them built from scratch in the same period.

The exhibition explores the architecture and the identity of these areas of Venice, still far from the beaten track of tourism and unfamiliar to most people. Few are aware of the fact, for example, that at the turn of the century many areas of Venice contained large industrial complexes, that were closed or dismantled during the 1950s following the construction and success of Porto Marghera and Peltrolchimico.

About thirty years later, at the initiative of government agencies and local committees, some of the best-known Italian architects were called in to redevelop former industrial areas that had been abandoned for years, which were largely converted into social housing. These areas were joined by new developments designed to meet the growing demand for new, functional living spaces.

Though the work of each photographer conserves its own recognizable specificity, all the exponents in the exhibition approach photography as an irreplaceable cultural practice to investigate the territory, because it helps us to perceive, see and (re)experience contemporary space, favoring associations that bind scattered signs in the landscape. The photographic medium is seen as a tool of knowledge of reality, not setting out to provide definitive answers, but to suggest new ideas and encourage reflection on a nearly forgotten chapter in the history of Venice.