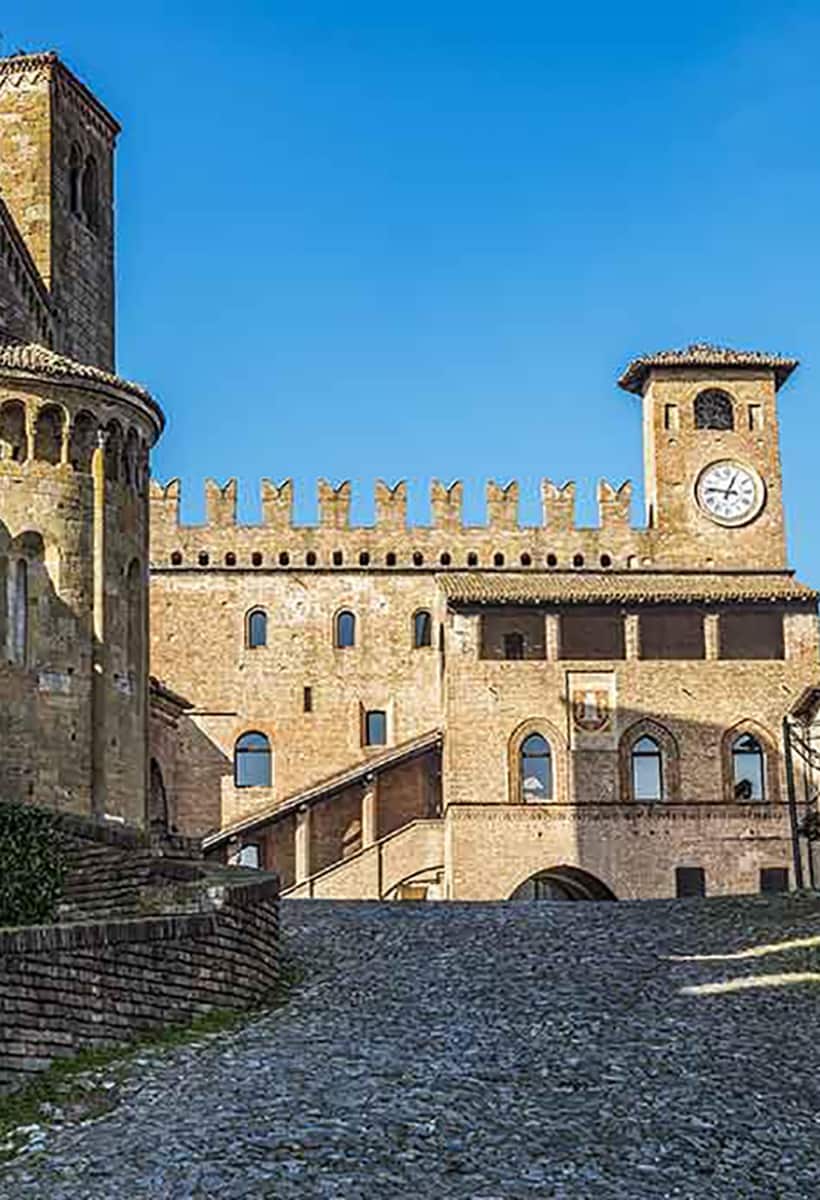 The photographs of Maurizio Galimberti in Castell’Arquato

The photographs of Maurizio Galimberti in Castell’Arquato

The photographic exhibition “Maurizio Galimberti. A look at our history ", promoted by the Department of Culture and Tourism of the Municipality of Castell’Arquato and edited by Denis Curti

Galimberti has established himself thanks to his mosaic compositions, made with instant cameras, in which the subject - be it a person or a portion of the city - is decomposed into numerous frames and reassembled in a multifaceted image. 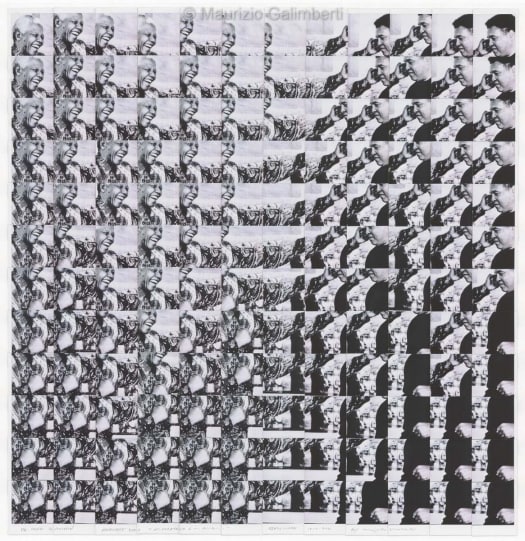 In the Palazzo del Podestà

The exhibition is set up at the Palazzo del Podestà, in Piazza del Municipio. The palace has a thirteenth-century rectangular keep, built in 1292, to which later bodies were added such as the pentagonal tower, the sixth pointed arch on Via Sforza Caolzio, the "Loggetta dei Notari" and the staircase external. It was the seat of the mayor and residence of the Count of Santa Fiora and is now the seat of the beautiful Council Chamber.

Maurizio Galimberti, known throughout the world also for portraits of characters such as Lady Gaga, Robert De Niro, Johnny Depp and Umberto Eco, explores the Century short, giving new life and new meanings to the shots made by other authors.

The exhibition itinerary portrays the main protagonists of the twentieth century, among others Nikita Khrushchev slamming his shoe on the seat of the United Nations Assembly, Gorbachev, Yeltsin, Falcone and Borsellino, etc. 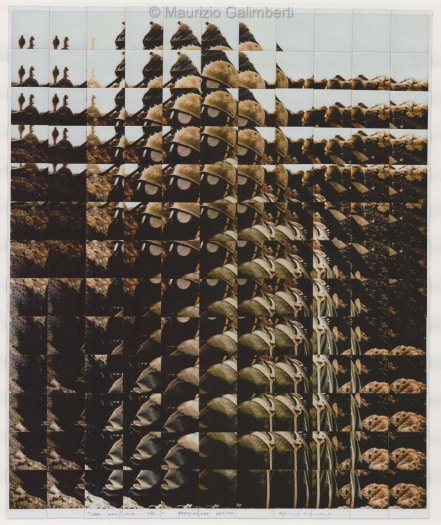 The sense of decomposition

Maurizio Galimberti explains: "My decomposition of a fact or a historical figure is a magnifying glass to make the viewer reflect on the pain of events. I dream of a better world made by people who look to history so as not to repeat the mistakes made. The project - also remembers Maurizio Galimberti - was born from a comparison with Paolo Ludovici, with whom I share a sincere friendship and a design complicity capable of renewing itself everyday".

For his part, Paolo Ludovici, who produced the entire work, declares that "my interest and curiosity towards history needed a sort of . I had always imagined building a container of memory in order not to forget and, above all, to better understand the present".

Galimberti prefers to tell the tragedies of the 20th century through the faces of the little ones, as if they were refugees from dreams, in the urgency of a future that appears difficult if not impossible to face: on show the dramatic images of children Auschwitz, Pol Pot's Cambodia, Vietnam, Srebrenica, or even small migrants who died on a beach or separated from their parents on the border between the United States and Mexico, or who seek safety in the arms of soldiers. 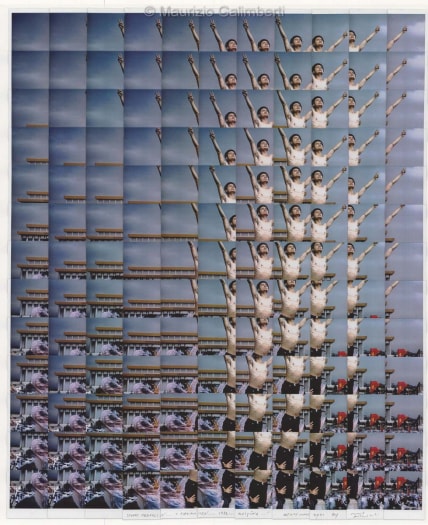 A collection of memorable events

"With this new project - says the curator Denis Curti - our Instant Artist analyzes some icons of our recent history and, through poetics of the ready-made, restores new strength to those images so well known and, perhaps, too radicalized.

Seen all together - continues Curti - these mosaics immediately appear as a sample of memorable events and widely historicized and which here, thanks to Galimberti's reinterpretation, are transformed into real relics contemporary. Galimberti seems to want to enter with all of himself into those stories and offers us new eyes, dismayed glances capable of making us reflect". 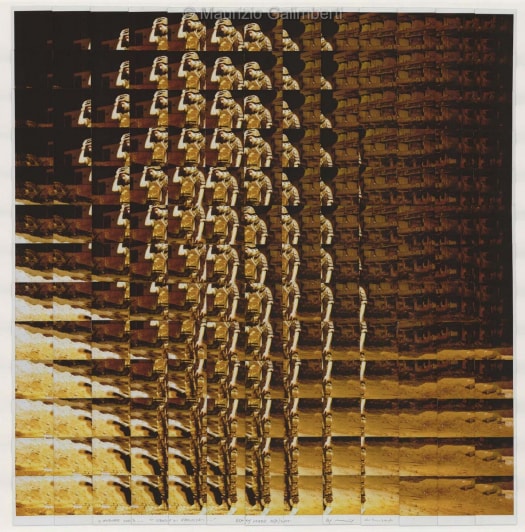 Between ready-made experiments and photographic mosaics

Underlines the Councilor for Culture and Tourism and director of INTERNI Gilda Bojardi: "We are pleased to give space to the artist photographer Maurizio Galimberti, who after a first debut in the world of analogue photography with the use of a rotating lens camera, since 1983 he has focused his work on Polaroid, also as a photographer of our magazine.

I have known Galimberti since the very beginning of his career - continues Gilda Bojardi - and with pleasure I witnessed his professional growth. Over time, his creativity led him from using the Single Polaroid, to experiment with the ready-made and to reinvent the technique of Mosaic Photographic, using the new techniques of Fujifilm.

We are pleased to host an exhibition dedicated to him in Castell’Arquato, after a first edition at the Diocesan Museum of Carlo Maria Martini in Milan".