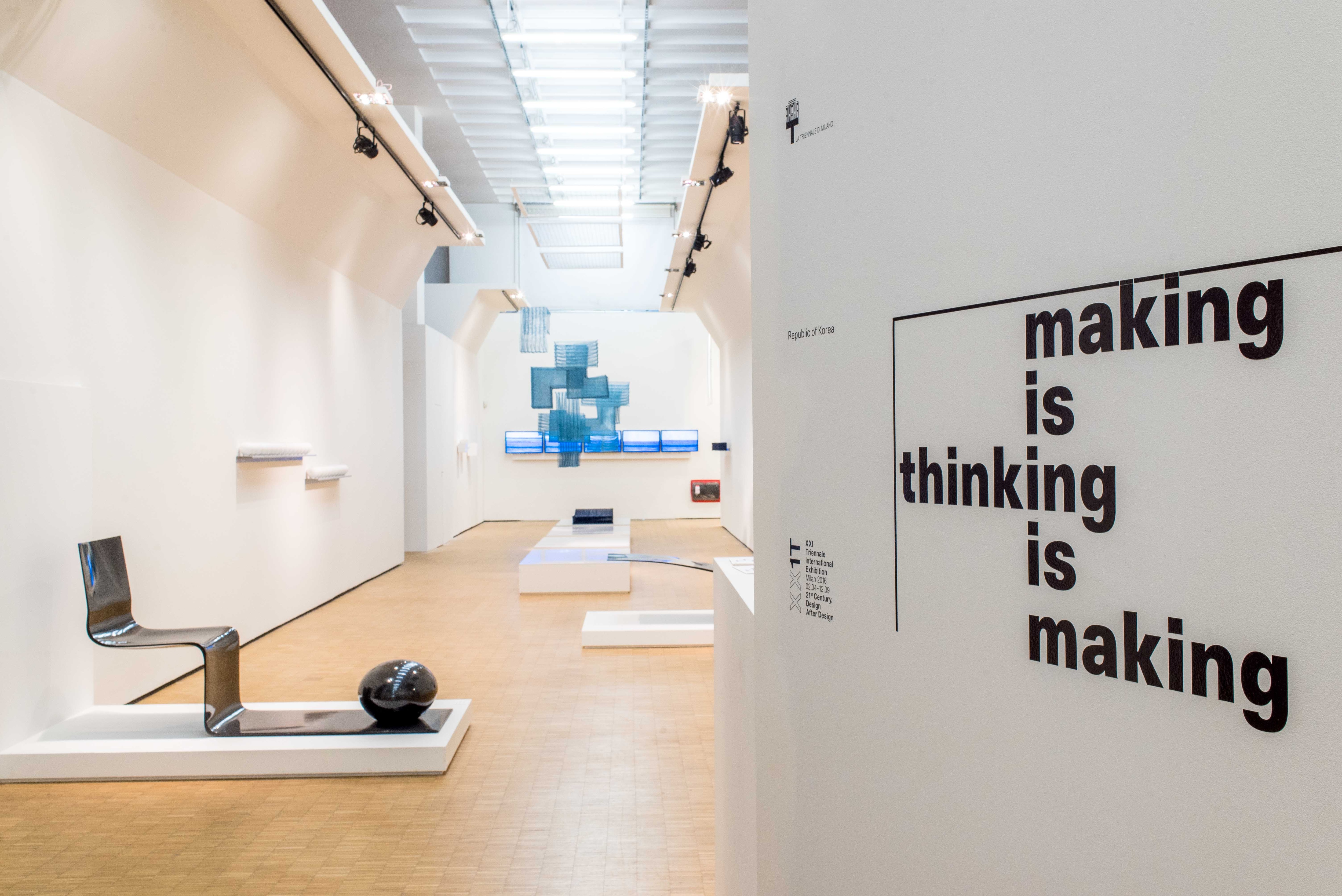 At the Triennale di Milano, an exhibition on Korean crafts as pursuit of a new value of “manual making” in an era in which much of production is done by robots.

“Making is Thinking is Making” is the title of the show organized for the 21st Milan Triennale by KCDF (Korea Craft & Design Foundation), produced by the Ministry of Culture, Sports and Tourism of the Republic of Korea.

For the 4th consecutive year the Foundation presents its exhibition in a space of almost 500 m2 at the Triennale.

The 28 designers form an interesting display itinerary that also urges visitors to create a work of “collective intelligence.”

The curator of the exhibition is Hong Bora, director of the Gallery Factory of Seoul and curator of international exhibitions like “Wirkkala Revisited” at Design Museum Helsinki in 2015.

Thanks to interviews with many artisans, designers, artists, theorists and programmers, the show presents information on the relationship between “making & thinking.”