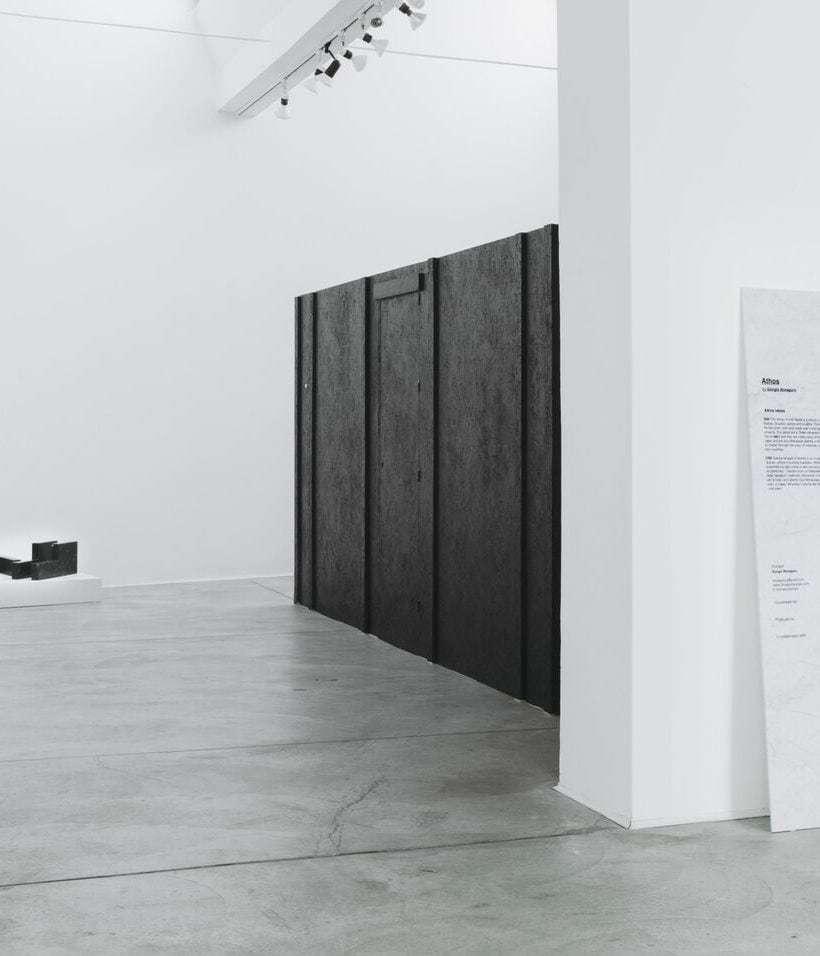 For the FuoriSalone 2018 the Italo-Brazilian designers Giorgio Bonaguro, Gustavo Martini and Ronald Sasson presented a group show at Galleria Giuseppe Pero, in the Isola Design District, in which their styles interacted to narrate different stories around a single, precious material: marble.

The projects were produced by Marimar with Savoia Marmi, coordinated by AS.MA.VE. – Consorzio Marmisti Veronesi. 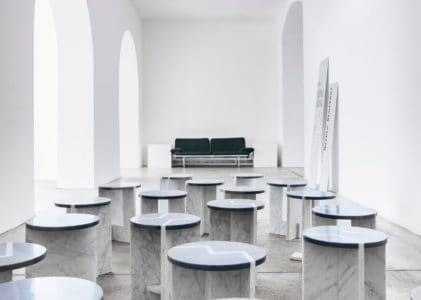 The Athos collection of tables created by Giorgio Bonaguro  is a tribute to the work of the Brazilian painter and sculptor Athos Bulcao, who added character and color to his architectural projects through the use of  azulejos  (tiles).

Made by using white Carrara marble for the base and Brazilian Azul Macaubas  granite for the tops, the tables represent a bridge between the two countries. 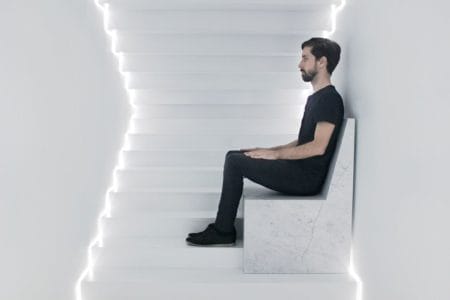 Rise by Gustavo Martini  is a project that explores an architectural archetype, the staircase, transporting it into a disorienting place:  a small geometric universe that manipulates the perceptions of visitors and their relationship with the surrounding space.

Inside a closed structure, a collection of furnishings in white Carrara marble rests on the profile of the steps. Certain elements are combined with contrasting features in black Marquina marble to add dynamism to the space. 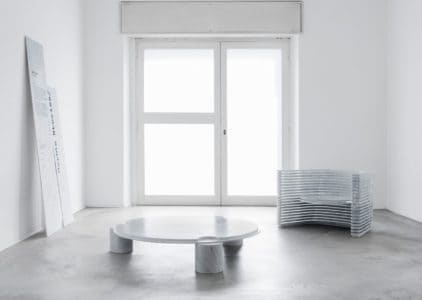 The concept of the Maas project by Ronald Sasson, with Cartesian but also organic lines, links back to German expressionist architecture of the 1920s, especially that of the architect Erich Mendelsohn.

The armchair – named Maas in honor of the cellist Luise Maas, the architect’s wife – is composed of shaped slabs of white Carrara alternating with others in plexiglas to make the structure lighter.

The Carrara  Gocce  table in Carrara marble – a tribute to the Brazilian poet Alice Ruiz  – focuses on the concentric forms made by raindrops falling on the surface of a lake.