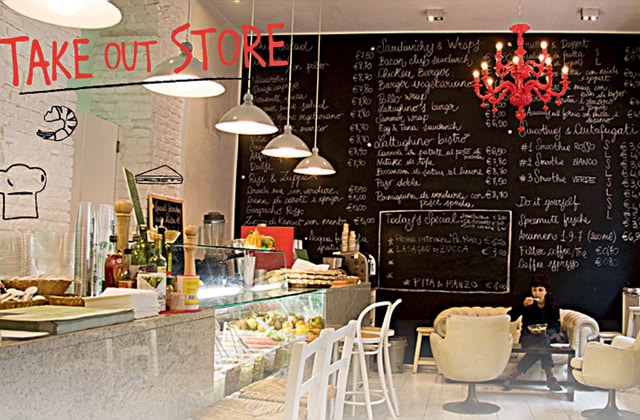 The city of Milan wants to make sure its many guests who flood the city for the Salone del Mobile and FuoriSalone will get enough nourishment, of all kinds, during Milan Design Week (11-17 April).

Food for thought is great, but food for the belly is also required. In this sense Milan, the most expensive town in Italy when it comes to eating out, will offer a series of pop-up restaurants, some of them created by star chefs to ride the wave of design. Even the established venues will dress up a bit for the occasion, in the hope of luring in starchitects and design addicts. During Design Week, however, the city of the three Fs (fashion, furniture, food) does not only play host to wealthy businessmen and star designers, or Yamamoto-clad trend seekers… There are also lots of design and architecture students, self-produced young talents, young organizers of similar events in foreign countries, people from all over the world that often struggle to make ends meet in a place where food and lodging can have daunting price tags. Fortunately there are a few nice places that offer such adventurers something more than a simple mortadella sandwich for their hard-earned euros. One of them is the Triennale Design Café, with Campari Soda to sip on, in the multiple projects of Matteo Ragni. The bistrot at Hangar Bicocca is also very relaxing, and visitors can also check out the Terre Vulnerabili exhibition. The really new entry is QB Mercato & Cucina (natural, seasonal, local, raw and cooked). As well as Il Lattughino, which in 2010 had only mobile units, but now has two fixed outlets, also for takeaway. Dining at Il Teatro, on Via del Gesù, is something else again: noblesse oblige!