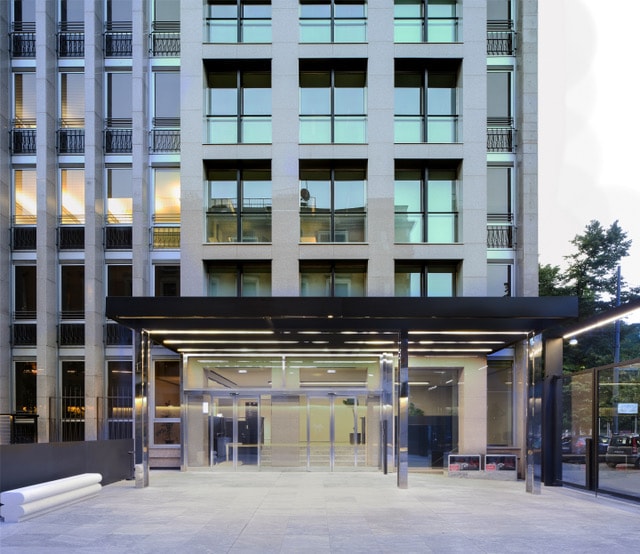 The project at Via Paleocapa 7 brings new life to a building designed in the late 1940s by Pietro Lingeri.

Scandurra Studio  decided to make the structure into a space open to the city, with an internal garden and a metaphysical plaza, as Alessandro Scandurra defines it, to welcome passers-by on the public pathway along Viale della Triennale.
This is also the stimulus behind the idea of a trilogy of exhibitions, Milano Aperta.

The hall of Paleocapa 7 will host a selection of period photographs and present-day images of important buildings in Milan, analyzed by the observatory Urban File.

The first appointment focuses on the interwar period, after which the topic shifts to the postwar era, followed by the years of the economic boom.
From 17 October 2017 to April 2018.