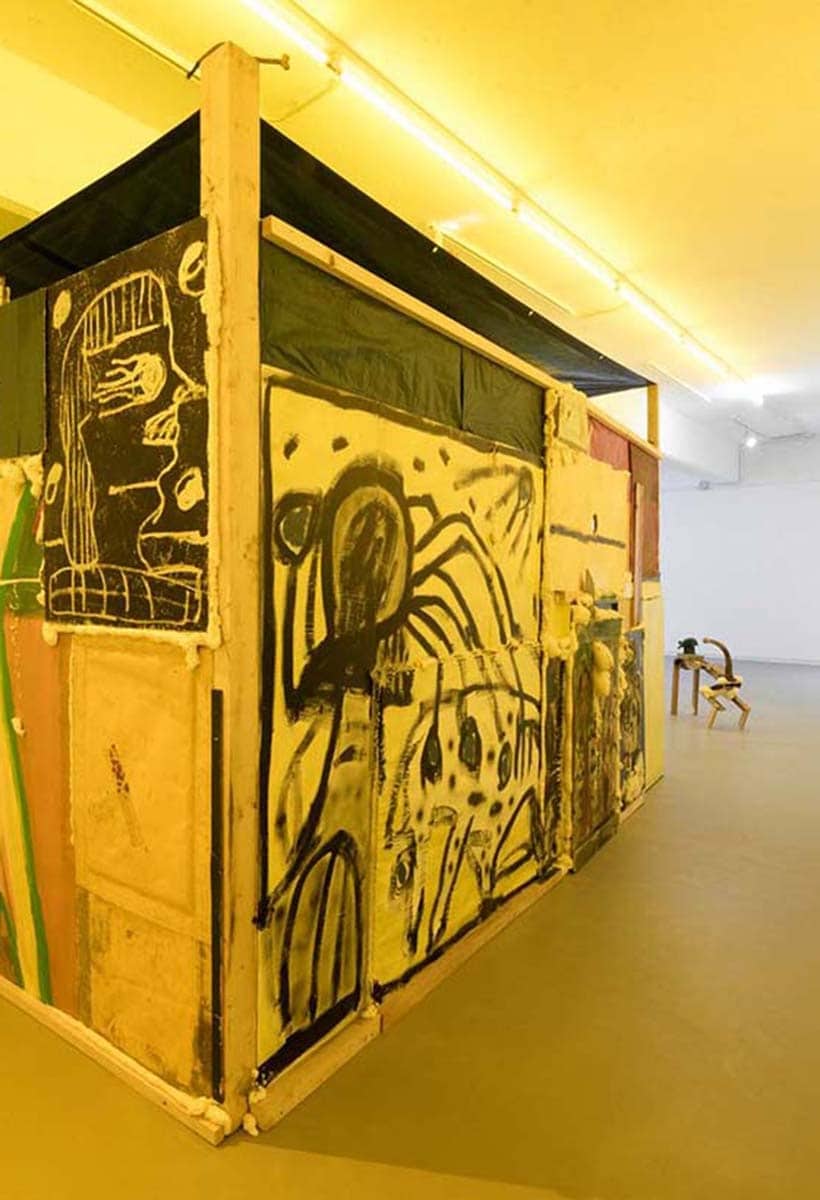 The artist's first solo show, curated by Piergiorgio Caserini, in the gallery in via Ponte di Legno 9. Until 29 April 2022

Mirage is the optical illusion that fades into hallucination, into vision. Often it takes the shape and color of a perspective that is as tempting as it is fallacious: the mirage par excellence is that of water in the desert. A natural optical illusion that occurs when the sun's rays encounter a warmer layer of air than the colder, denser overlying layers. Here, then, that in the desert a lake appears on the ground which is nothing more than the reflection of the sky, while on the asphalt one has the impression of glimpsing liquid patches in which the oncoming cars are reflected without there being a drop of water. 'water. It is the inferior mirage. 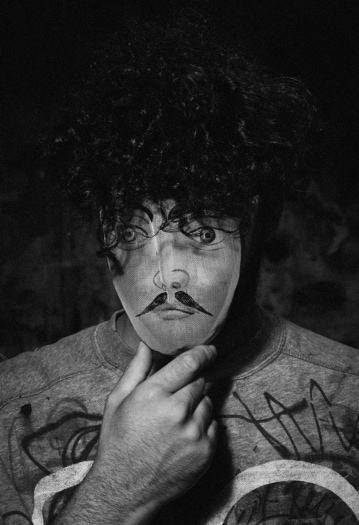 A portrait of Roberto Alfano by Sirio Vanelli.

A look into the distance

"An inferior mirage is the asphalt that pitches like the sea. It is an effect of heat, humidity and distance, a strange inflection from above to below that anyone knows well, especially those accustomed to infinitely long landscapes and horizons in which the gaze is so routed that it is only possible to follow the things disappear. We are obviously talking about the lowland: Po Valley and Emilian. These are landscapes that have the peculiarity of soliciting the observer to continually exercise a glance at the distance, at what disappears and at what appears only by walking, and here we live in opposites: the fog is the best fallback, where if anything the most that disappear suddenly appear. In short, the oblong and apparently infinite spaces facilitate the mirage, whether it is lower or higher: whether it is the sky that makes the asphalt and the earth vibrate, or whether it is the mountains that disappear under the horizon ", explains Piergiorgio Caserini, curator of the exhibition at ArtNoble in via Ponte di Legno 9 in Milan, in the Lambrate area. 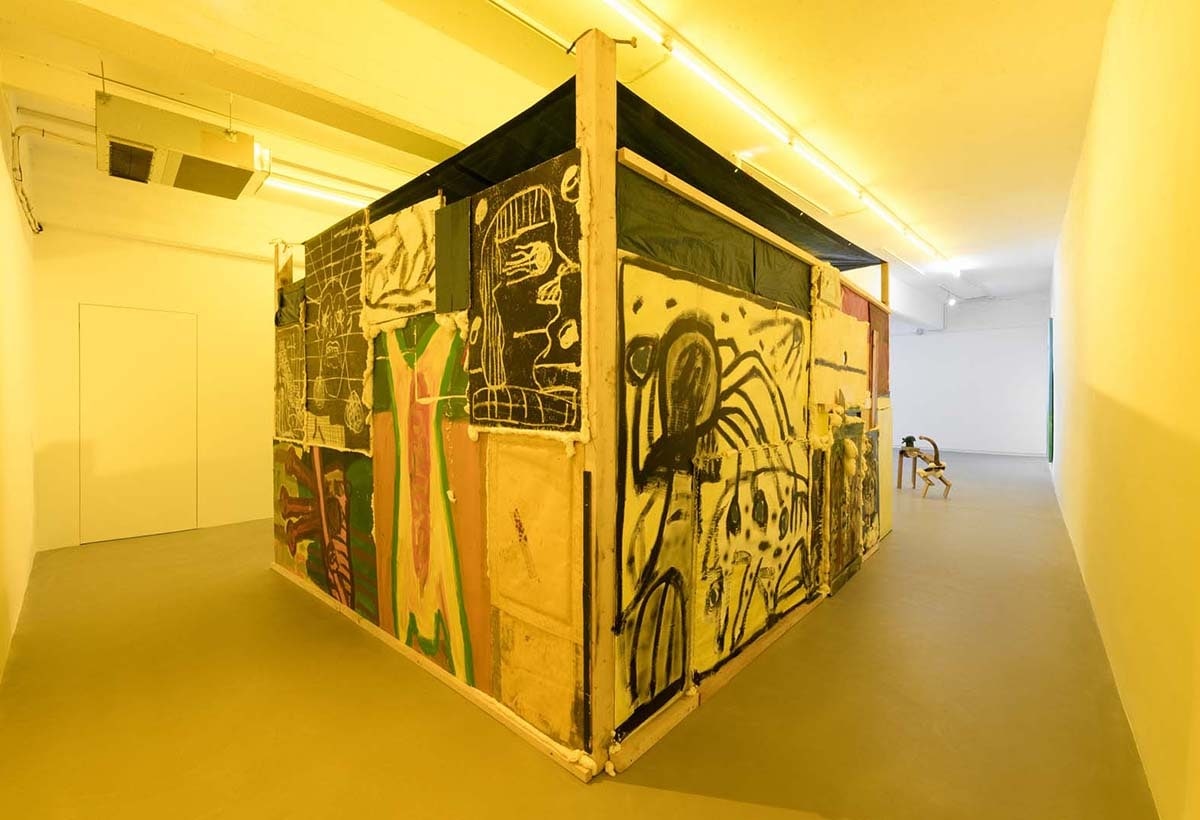 Roberto Alfano, from Lodi, born and raised in the Bassa, has been interested in art since the first half of the 90s, dedicating himself to urban art. At that time he made his first graffiti which, over the years, turned into a passion for drawing and painting. His reference models belong to contemporary underground culture, to art-brut (paintings, drawings, objects made by alienated people, children, people extraneous to a cultural environment and without any artistic education), to the painting of the French masters of the post- impressionism. Alongside his artistic activity, he trained in the field of clinical art-therapy dealing with creating and conducting artistic-experiential workshops and the dynamics of artistic expressions in situations of psychophysical and social discomfort. 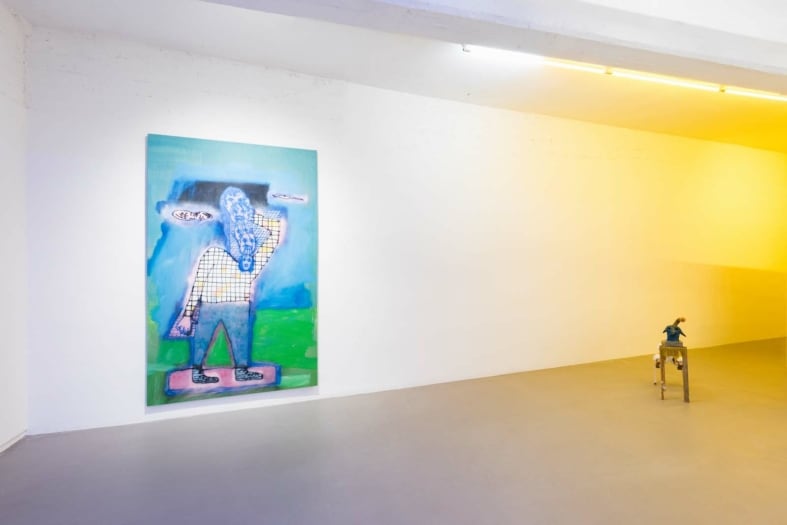 “Let's start with a postcard that draws on decidedly biographical aspects of the artist. The postcard in question is an image or a memory that at first glance seems to refer to the bucolic neorealist courtyard-farmhouse, children running in the fields, dogs and walks. And it immediately seems that the subjects of Miraggio Inferiore are dogs: made of wood, earth, clay and concrete, dogs of canvas and sequins, spotted and streaked, motionless and snappy. There is a shack, just like the illegal ones that are often found under the overpasses of the ring roads, where you never know if the haze is smog or vice versa. There is also the recurrence of figures and signs with infantile features, and it is from here that we can start ”, continues Caserini. 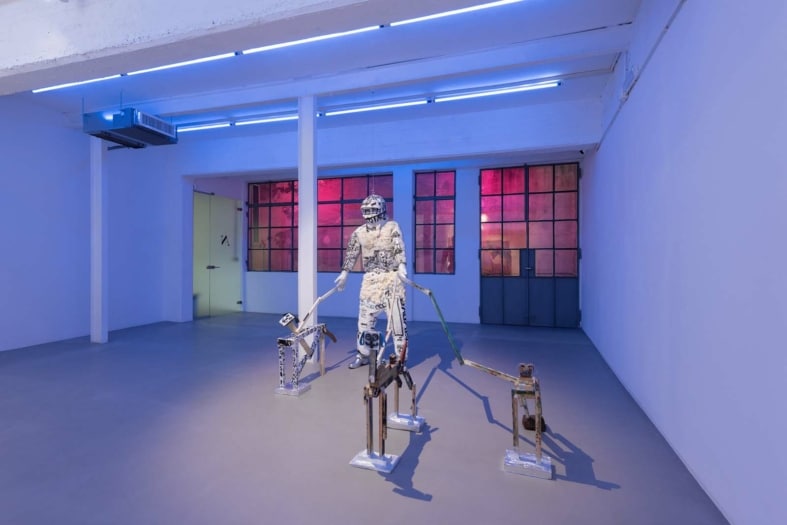 A shack becomes an interior home

And the shack, built with poor and waste materials (OSB boards, pieces of plywood, wooden panels, shading sheets held together by wooden slats and polyurethane foam), truly awaits the visitor, watched over: outside by the Cane che piange di gioia (in adobe - clay fired in a pit - glazed, wood, polyurethane foam), inside by the Altissimo cane (in adobe) in the company of the Cucciolo di cane (in adobe on a reinforced concrete base) and a visionary Memento mori (always in adobe on a reinforced concrete base). A shack that is an interior home, capable of expressing that interior need perceptible in the practice of all artistic forms. A voluntary perception that goes beyond the spontaneous one of daily actions and allows you to center your being on frequencies tuned to the unconscious, experiencing the perception of the world from the depths of yourself through images resulting from collective and universal symbols. 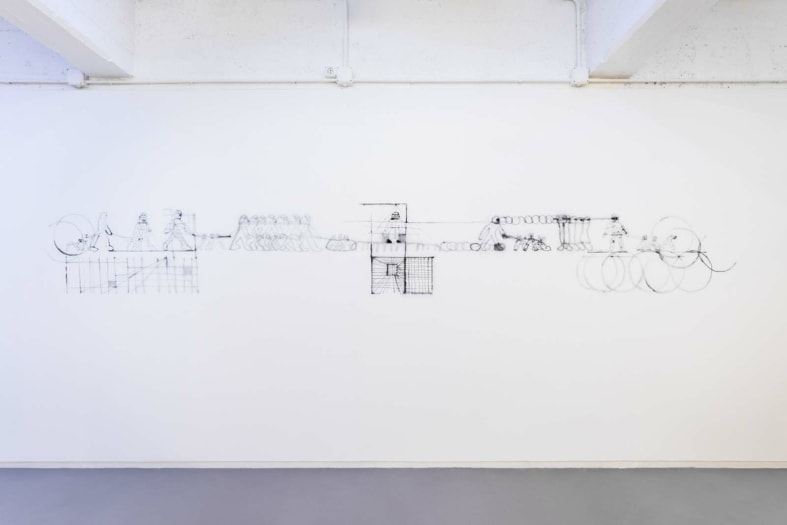 A graffiti by the artist on a gallery wall.

The need for art

Looking at Alfano's work we are faced with one of the most difficult aspects of art: his need "to be able to constantly cope with the things that appear and disappear, that afflict the soul and break it up in every portion of the eye , in every visible one, those affections which, if intense, make it difficult to distinguish between the viewer and what one sees, between looking and being looked at, between the paranoia of a hut in a space so large as to seem infinite and the strange freedom of disappear in the same space ”, explains Caserini. 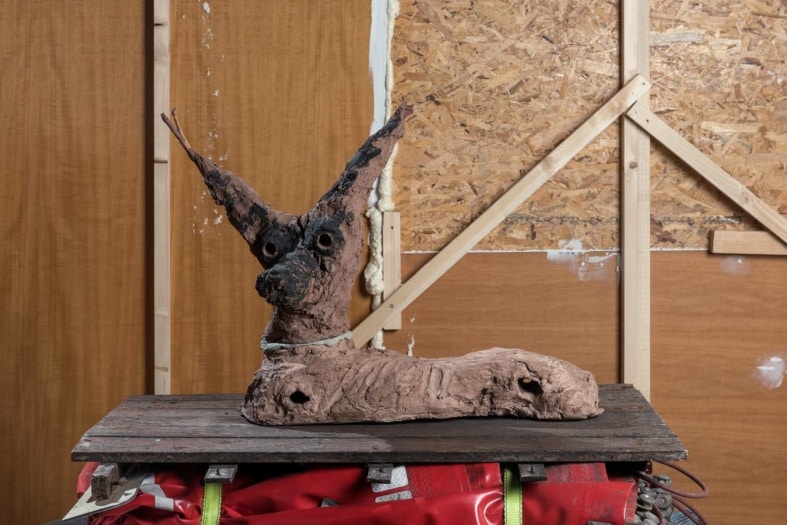 Between fantasy and repetitive obsession

Alfano's artistic production moves between two poles. If, on the one hand, imaginary figures recur (an almost childlike attitude to get lost, to follow a child-like trait that runs after shapes, portraits, scenes), on the other, the repetition of the elements is perceptible. “If we ask ourselves what a child-trait is, we must first of all think of a game of forced but still nice sympathies. Which means not allowing oneself to happen but rather imposing the reality of the imagination, and opening adventures where it seems that there are none: and here, if you want to fantasize, the figure of the horizon can still return. But in short, the fact is that these dogs mostly have one thing in common. They are disproportionate, some too small and others almost deformed, some grotesque and others moved ”, concludes the curator. 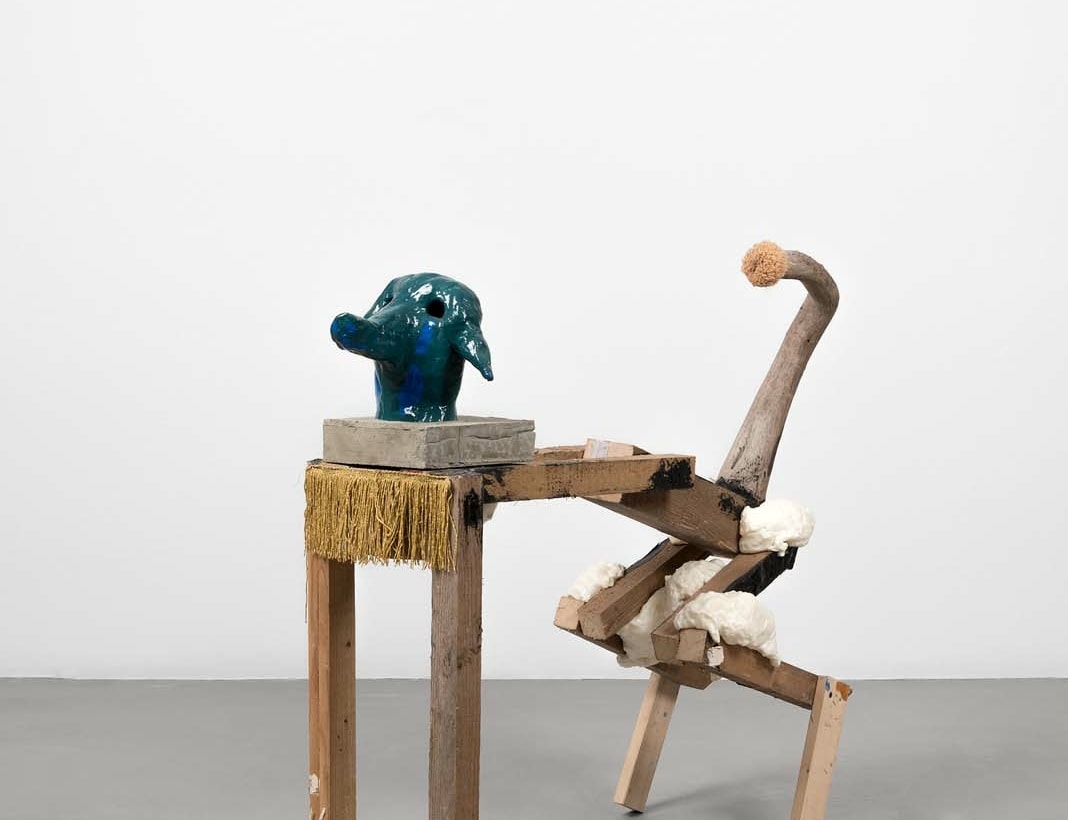