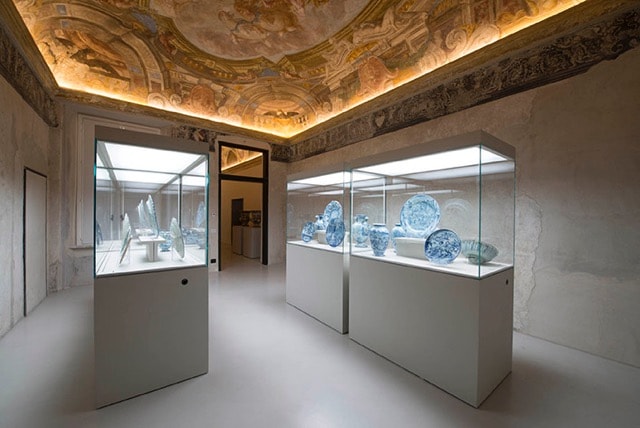 Slightly over a year from its opening, the Museo della Ceramica of Savona continues to grow, as a pole of excellence devoted to ceramics in Liguria, thanks to close collaboration between Fondazione A. De Mari and the municipality of Savona.

Its value has just been recognized on an international level, with its selection for #52museums, the social networking project that involves only one other Italian museum and about 80 museums from around the world, including the Getty Museum of Los Angeles, the Museum of Quai Branly in Paris, the Hamburger Kunsthalle and the Barbican Centre in London. Ceramics fans can learn more about this fascinating art from 29 August to 4 September 2016, thanks to the Museum of Ceramics of Savona, which in that period, with the Museum of Design of Barcelona, will co-manage the account @52museums.

Two initiatives are planned for 2016 to continue to focus on the museum’s extraordinary legacy: the completion of restoration of the remaining portion of Palazzo del Monte di Pietà – the historic building made in 1479 by the pope from Savona, Sixtus IV – now the location of the museum, and the creation of a foundation for the management and development of the museum’s activities.

The program for 2016 includes temporary exhibitions, conferences, workshops and free opening hours. From 6 February to 20 March, the museum will be involved in the temporary exhibition Resine. I colori le immagini le parole. 1972-2015 set up in the spaces of Palazzo Gavotti.