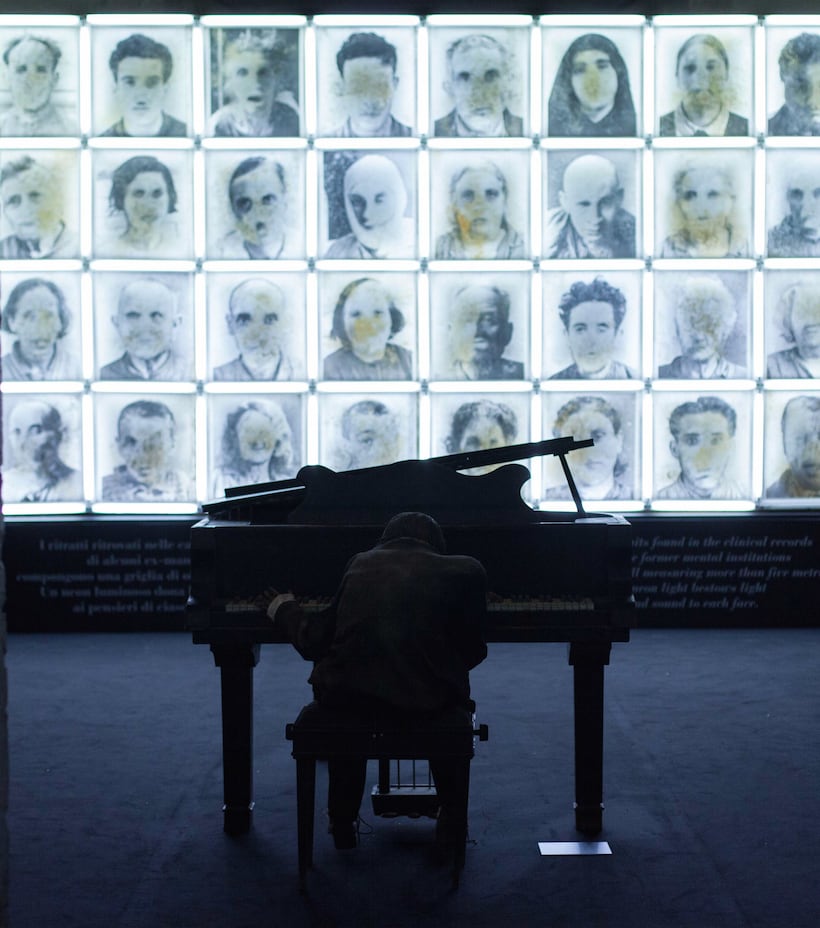 Museum of Madness. From Goya to Bacon

Museum of Madness. From Goya to Bacon

MuSa Museum of Salò hosts a new exhibition: Museum of Madness: from Goya to Bacon. The traveling exhibition – curated by Vittorio Sgarbi, coordinated by Cesare Inzerillo, Sara Pallavicini, Giovanni Lettini and Stefano Morelli – offers an itinerary through over 200 works including paintings, photographs, sculptures, objects and multimedia installations on the theme of madness. The museum, in its new headquarters at Salò, takes on an international dimension thanks to collaboration with prestigious institutions like Musée d’Orsay and Musée de l’Orangerie.

Visitors are welcomed on the lakefront by a true preview of the museum, outside the MuSa walls: the container L’Intonapensieri houses 9 interactive installations on the theme of madness: poetic testimony from outstanding personalities like Antonio Ligabue, Franco Basaglia, Alda Merini, Nietzsche, Pino Roveredo, but also voices of those who have experienced life in a mental hospital firsthand.

The tour continues with Gli assenti by the ‘photographer poet’ Fabrizio Sclocchini. Two video installations entitled Franco Basaglia and O.P.G show documentation of the historic Senate investigation of psychiatric hospitals, followed by the room of the Stereoscopes, where visitors are transported into another dimension, that of the former psychiatric hospital of Mombello, where the artist Gino Sandri spent several years of his life. The hypnotic presence of Carlo Zinelli bursts into view with very colorful paintings, while a video installation stages the essay I pazzi politici by Giordano Bruno Guerri in which the writer analyzes the relationship between mental hospitals and politics during the Fascist era.

The obligation to put oneself on stage is on stage