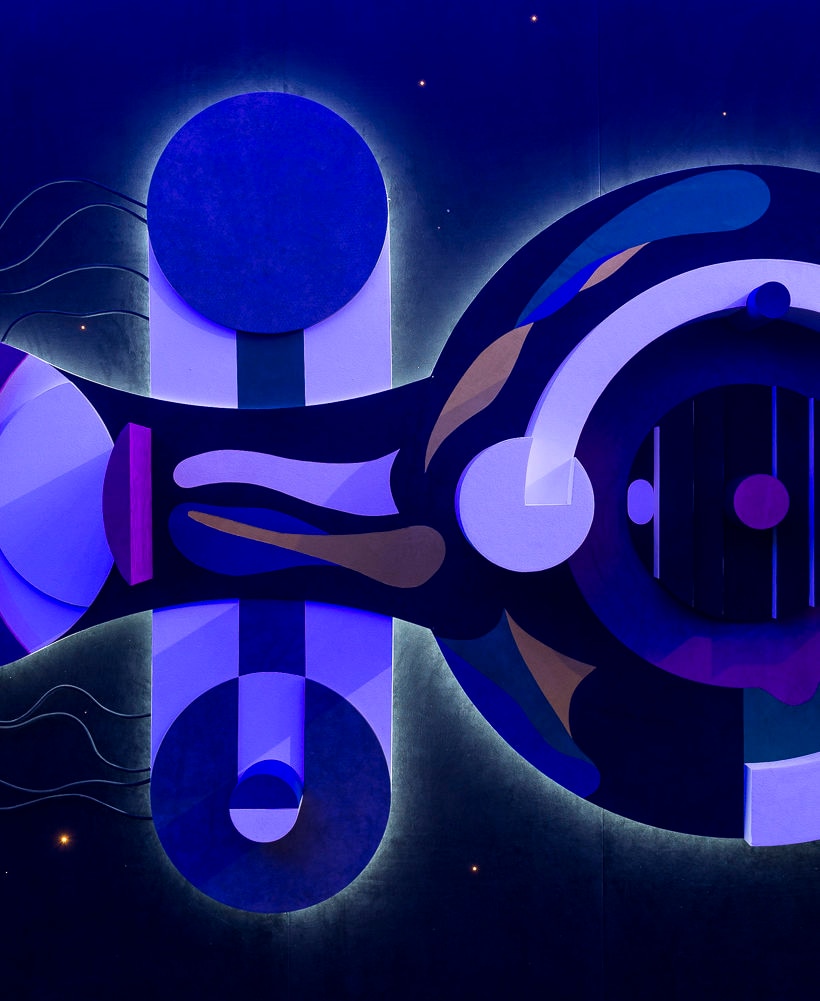 After six years of experimentation on the material, six group shows and the involvement of over 30 national and international studios and designers, Progetto Alcantara – MAXXI heads in a new direction to update its contents.

With the Studio Visit program the exhibitions become solo shows, and each year on outstanding designer is invited to take part, designing a space inside the museum to convey a personal interpretation of a work from the permanent collection.

The first appointment is with Nanda Vigo who presents Arch/arcology, curated by Domitilla Dardi, a tribute to the visionary architect Paolo Soleri, whose works are included in the collection of MAXXI Architettura.

In the interpretation of the designer, a large drawing made by Soleri is put into an utterly original dimension, and the two-dimensional nature of the paper is transformed into an immersive space: at the center of the room, composed of three walls conceived as a black backdrop and open at the front, Nanda Vigo has placed a sculpture that represents the Single Cantilever Bridge, a project by Soleri from the 1960s, while the walls show the three-dimensional development of several projects the architect outlined only in flat drawings.

A spatial installation – entirely in Alcantara – which after the exhibition will become part of the permanent collection of MAXXI Architettura.