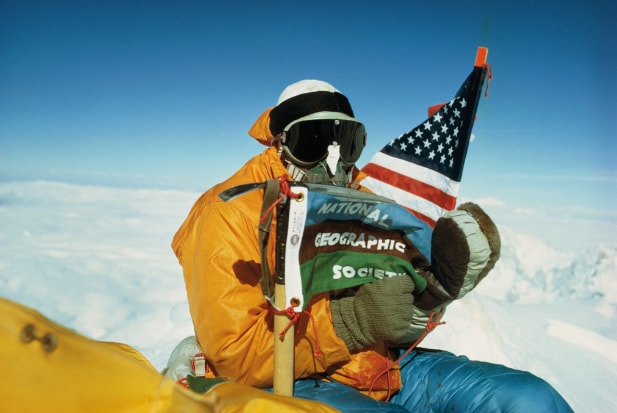 Promoted and produced by the City of Milan, Department of Culture, Museo di Storia Naturale of Milan and National Geographic, the exhibition curated by Marco Cattaneo retraces the history of the National Geographic Society, founded in 1888, in images.

In 127 years, the Society has organized memorable expeditions, from the discovery of Machu Picchu in Peru to the recent feat of James Cameron, reaching the depths of the Mariana Trench.

The show’s 150 images offer an itinerary from the founding of the Society to the present, crossing the events that have made the yellow frame of National Geographic immortal, and covering the extraordinary protagonists of the epic of 20th-century exploration, from the Arctic voyager Robert Peary to the discoverer of Machu Picchu Hiram Bingham, from Jacques Cousteau to Dian Fossey, Jane Goodall to the Leakeys, the most famous family of paleoanthropologists in the world.

All documented by great photographers who have contributed to narrate the world on the pages of the magazine. Not just an exhibition, but also a thrilling voyage through different sections: The banner – The history – The explorations – The science – Nature – Violent earth – Epic shots – The voyage. Visitors cross an entire century in search of ancient mysteries, rediscovering lost civilizations and elusive creatures.

Luther Jerstad, Nepal, 1963, Barry Bishop of National Geographic poses with the banner at the summit of Mt. Everest. He did not yet know that the photographic would cost him dearly.
Hugo Van Lawick, Tanzania, 1964. Looking at this simple gesture between Jane Goodall and the young Flint, one might imagine that the world is one big family.
Joseph Rock, Choni, Tibet, 1926. Before the sixth day of the sixth moon the monks play horns four meters long to urge the monks to prepare themselves for the Chamngyon-wa, the ancient dance.
Volkmar Wentzel, India, 1947. On a covered terrace facing the Kashmir Valley, Srinagar silk weavers smoke a water pipe as they work.
Carl E. Akeley, Kenya, 1910 ca. For the time, this close-up of a Burchell’s zebra resting on the Athi plains offered extraordinary detail.
Bradford Washburn, Alaska, USA, 1935. A Society expedition explored the Saint Elias Mountains; behind the chain was hidden a void of nearly 13,000 km2 on the map.
#Agenda