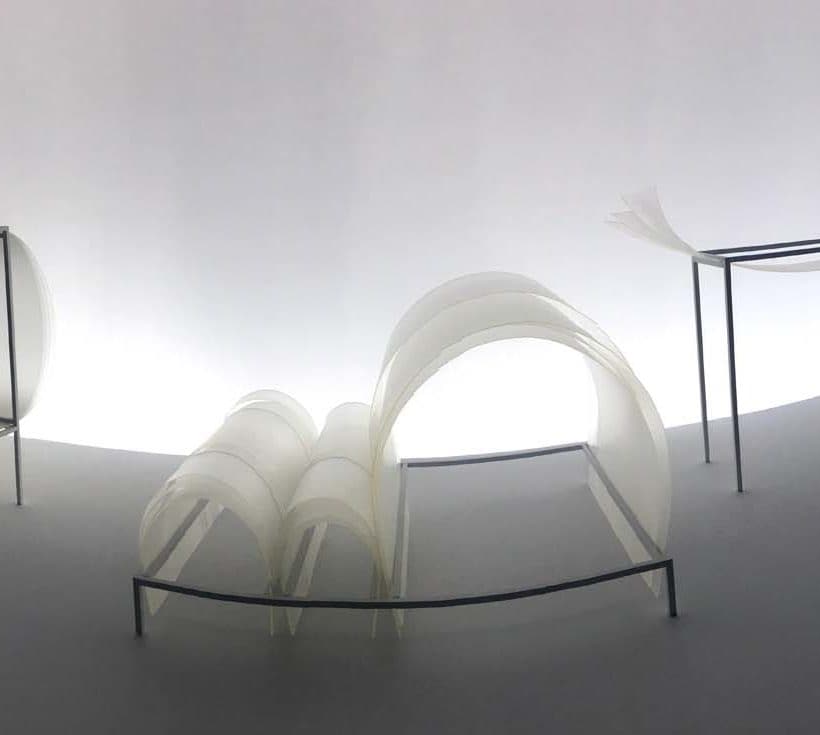 This exhibition was the result of a collaboration between Nendo and 10 different Japanese manufacturers, in the search of exploring the complex relationship between people, objects and movement, while using new materials and technologies.

Does people interact with objects, or are the objects the ones which interact with people? Are objects designed to serve a function or do they urge people to perform an action? The answer to these and many other questions were studied in this exhibition, which is a progression of a series of rooms containing different objects that make us think about daily life objects and our relationship to them in a whole new way.

Each object is physically and conceptually different from the other objects of this exhibition, but together they convey a powerful question about our nature of movement and about the objects that surround us.