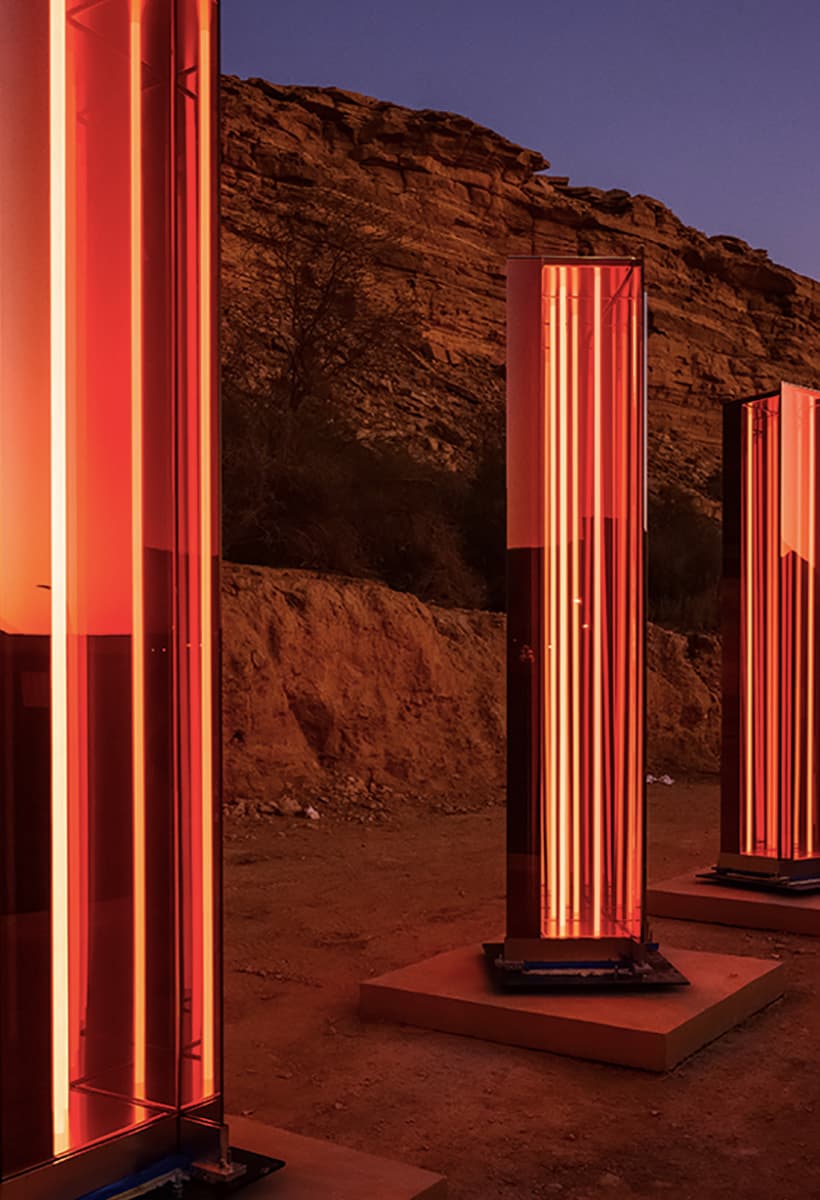 Noor Riyadh: the festival of light in Saudi Arabia

Noor Riyadh: the festival of light in Saudi Arabia

As a result of the large investments in culture that Saudi Arabia has made in recent years, Noor Riyadh is the festival of light that has once again transformed the Saudi capital into an open-air art gallery

Sand, deserts, sandstone mountains and oases, lush plateaus and flourishing plantations alternate seamlessly in the territory enclosed between the Red Sea and the Persian Gulf which corresponds to Saudi Arabia, where the ancient incense route ran.

Halfway between the western coast marked by the cities of Jeddah, Mecca and Medina, and the eastern one where Dammam, Dhahram and Al-Khobar overlook, right in front of Bahrain and Qatar, is the capital Riyadh.

The entire peninsula is undergoing profound social changes: one is enraptured by the typical keffiyeh worn by men and by the traditional black abaya worn by women, leaving only the band around the eyes uncovered , but, at the same time, today we meet girls without veils driving their own cars - a right won five years ago -, testifying to the change undertaken by the country under the leadership of Mohammed bin Salman.

The cultural ferment that crosses the country

These small but fundamental changes correspond to a great cultural ferment which translates into high-profile artistic initiatives.

In recent years, the Saudi government has mobilized to imagine the economy in the post-oil era guided by the strategic plan Vision 2030, studied to reduce Saudi Arabia's dependence on oil, diversify the economy and develop public service sectors such as health, education, infrastructure, culture, recreation and tourism.

The fifth edition of the Tanween festival, which has just concluded in Dammam, within the King Abdulaziz  Center for World Culture (Ithra), a remarkable building completed in 2018 by the Norwegian studio Snøhetta, and the second edition of the Noor Riyadh light festival which opened on November 3rd and will continue until the 19th of this month, bringing grandiose light installations to the Saudi capital with the aim of engaging and nurturing local talent, and bringing together an audience of 7 million residents of Riyadh, including families, creatives, professionals and students, and visitors from all over the world. 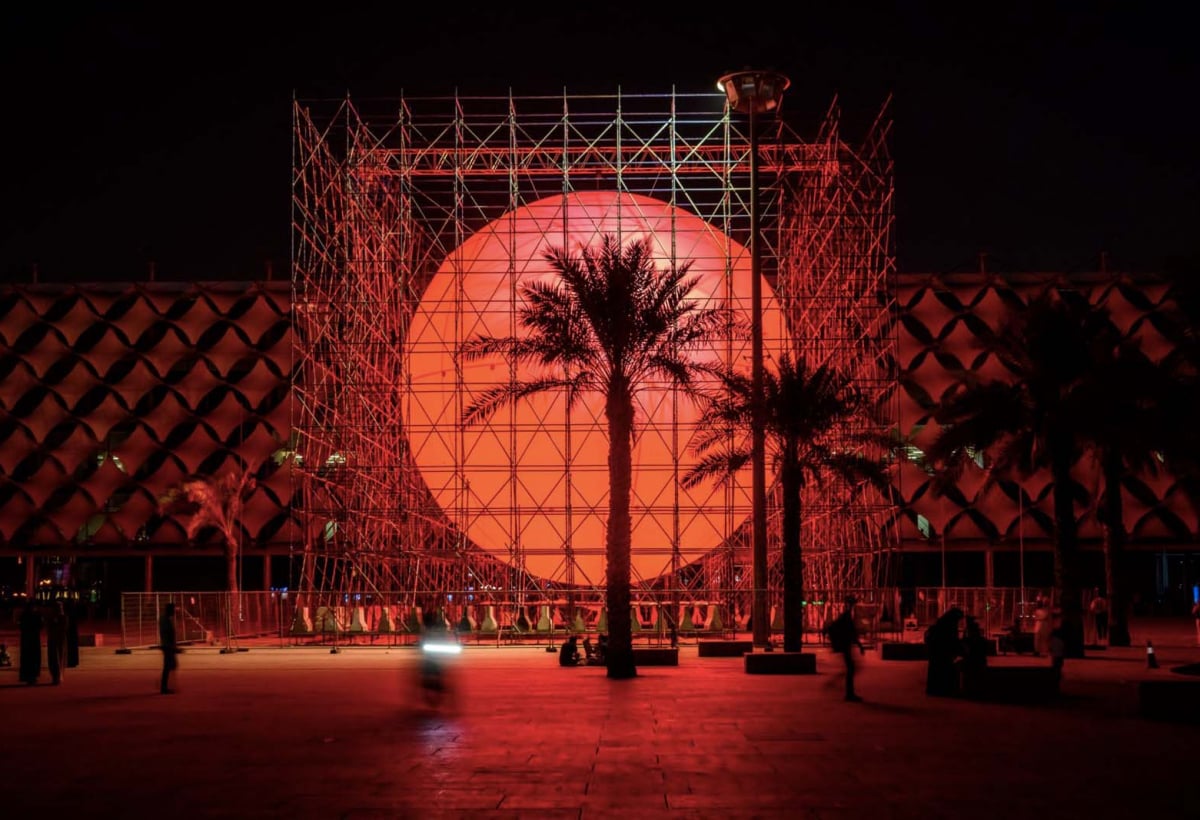 Light and dream as an idea of the future

The festival is curated by the French Hervé Mikaeloff, consultant and curator for the LVMH group. Mikaeloff is joined by the co-curators Dorothy Di Stefano, known in the world of immersive and interactive art curatorship, and by the Saudi Jumana Ghouth, who deals with the Athr Gallery, one of the main platforms for contemporary art in Saudi Arabia. 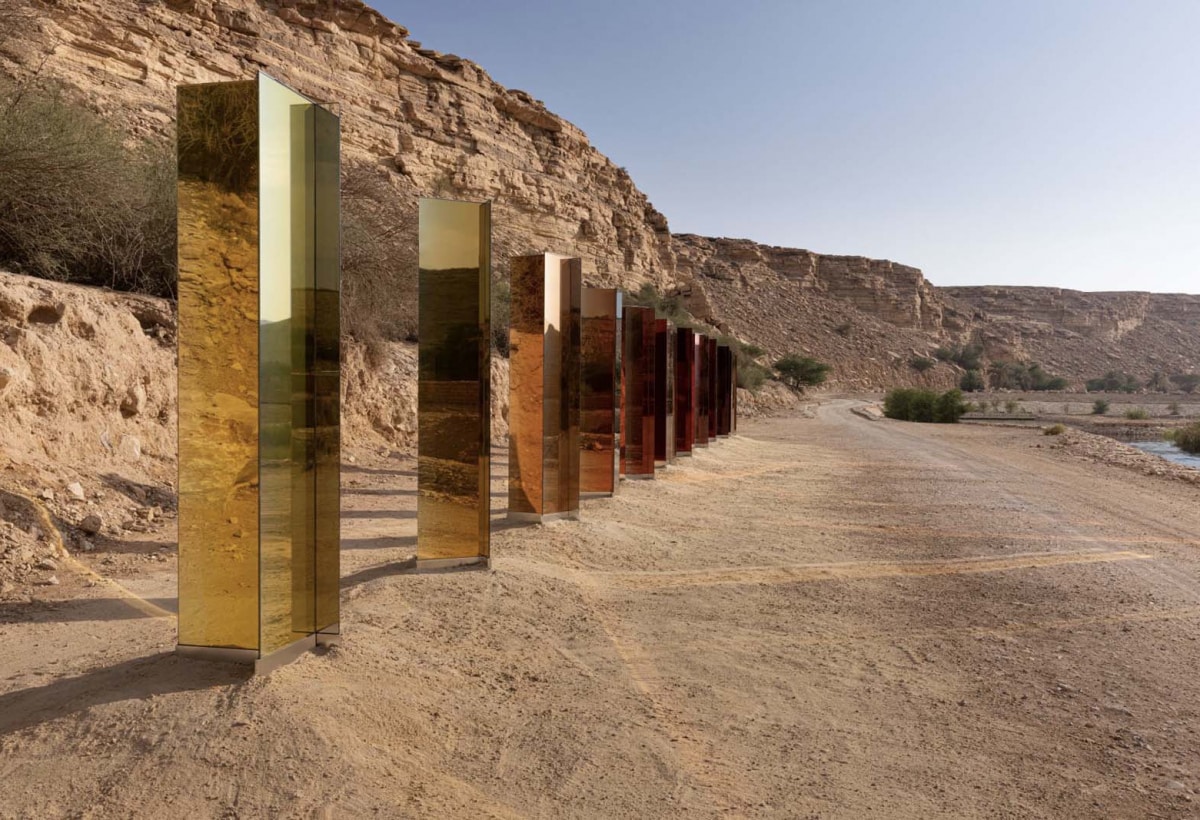 From drones to interactive installations

There are 190 the works created which have involved over 130 local and international artists, both established and emerging, representing 40 nationalities.

Among these, there is Marc Brickman, world-renowned lighting and production designer, who during his career has collaborated with dozens of musicians, including Bruce Springsteen, Pink Floyd and Paul McCartney, to animate their live concerts through lights and screens. In Riyadh, this year he brought a ultra-technological performance which sealed the opening ceremony of the festival by making 2,000 drones equipped with multicolor LEDs take off in flight, which gave life thundering shapes in the sky.

Among the installations commissioned to Saudi artists, the work of Muhannad Shono stands out, a Saudi visual artist, born in 1977, graduated in Architecture at the King Fahd University of Petroleum and Minerals, who created an immersive installation made of lights, wires and sounds transforming an entire building in a working-class district of Riyadh.

Among the international artists, however, there are important signatures such as the Berlin artist Alicja Kwade, the French Daniel Buren, the award-winning digital artist Refik Anadol and the Dutch Daan Roosegaard, who brought to Riyadh Waterlicht, a virtual installation that recreates a dream landscape to reflect on the power and poetry of water.

Among the Italians, the Quiet Ensemble duo presented the work Vertical Horizon: an interactive installation in which the environment is the true creator of the work. Thanks to a system of cameras and microphone arranged on a pair of screens, the sensory stimuli collected in the surrounding environment simultaneously in Riyadh and Rome, are translated into digital tones and colors that reproduce a lively color scheme on the screens.

The site-specific installations by Johanna Grawunder, a large dark red sphere positioned in front of the Fahd National Library and the work Light Horizon by Sabine Marcelis which, located in the splendid Wadi Namar, consists of 11 staggered pillars which, during the day, project a myriad of color reflections on the reflective surfaces when the sun is striking while, at night, they are transformed into lines of light that filter the colored light onto the surrounding environment.