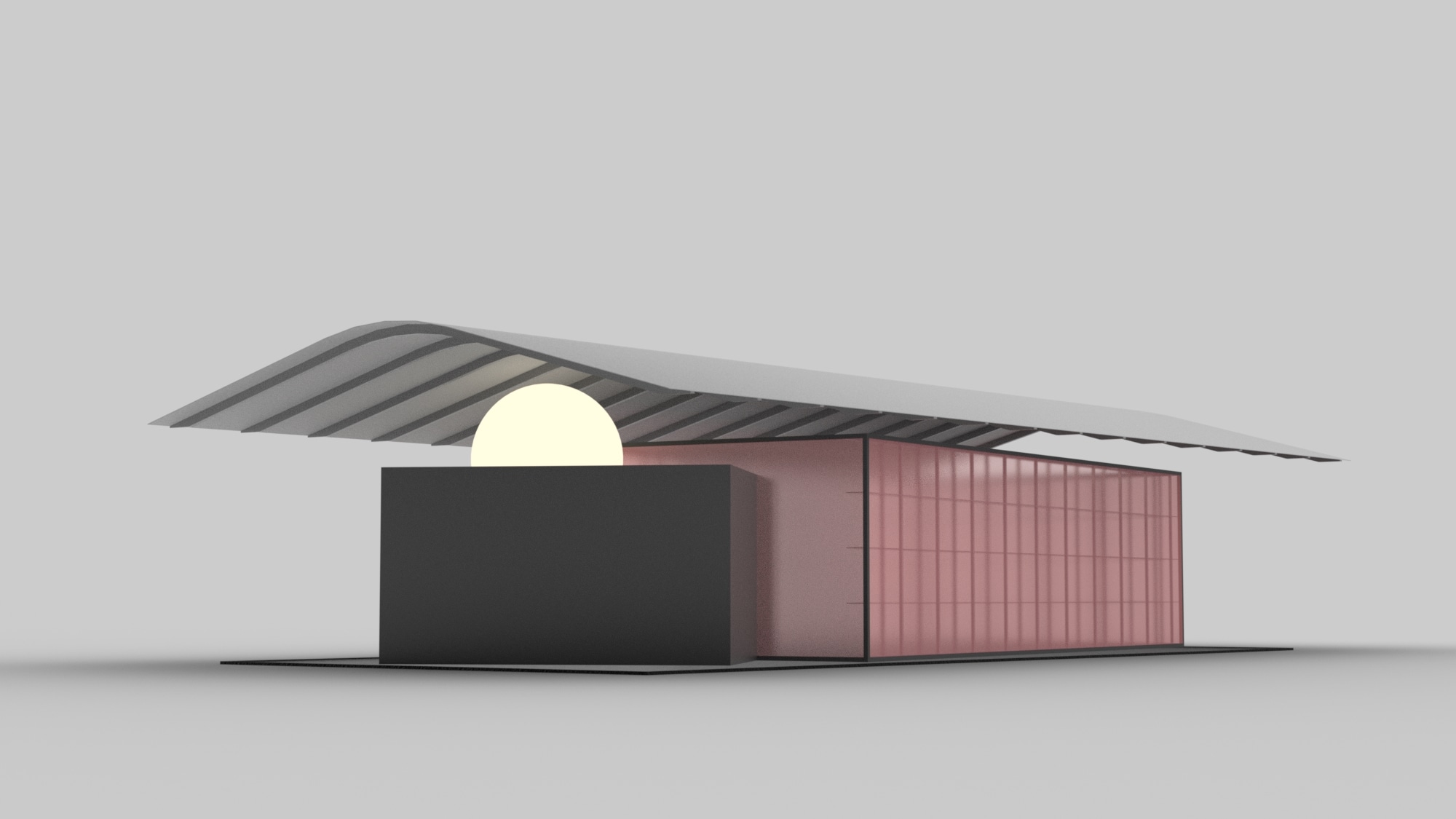 The New York-based product designer Todd Bracher, guest of honor at IMM Cologne 2017, presents a spacious architectural project for the design event Das Haus – Interiors on Stage for the fair in January.

Under a suspended bed there are two different concatenated bodies – a large space made with shelving for a semitransparent enclosure, and a black cube below a luminous ball, like the moon.

A shower and bath zone occupies one corner of the body-space. Bracher counters the traditional concept of three rooms, kitchen-bedroom-bath, and the traditional sequence of spaces in general, with a vision of zones that flow into each other: one for provisions, one for rest, one for hygiene. Forms that adapt to the times, for contemporary living.