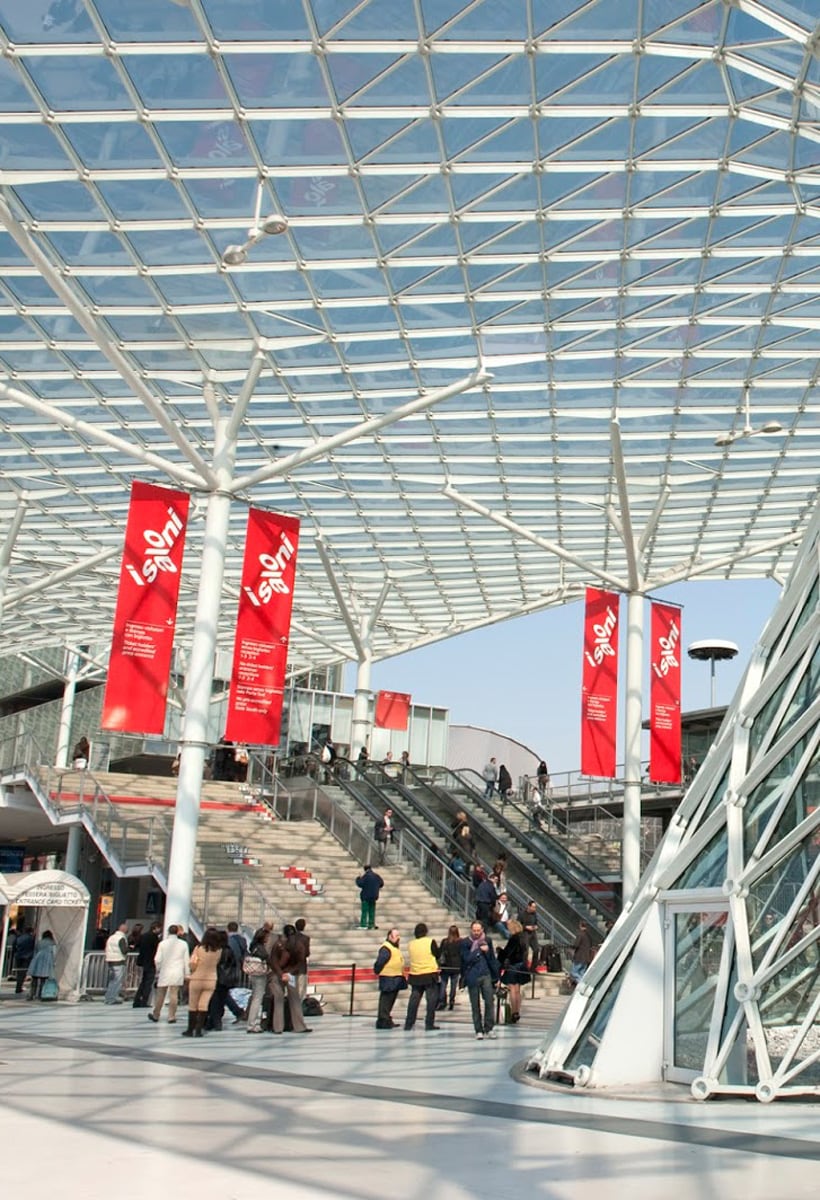 The September edition of the Salone del Mobile was confirmed. It will be at FieraMilano Rho from 5 to 10 September 2021 and it will be a "curated" event, supported by a digital platform. But not much more was revealed by the organizers

There will be a Salone del Mobile.Milano in September. The official confirmation has arrived with a press released that was issued urbi et orbi. It's a great news, although the communication has not completely unraveled the skein of doubts that began with the resignation of Claudio Luti, which was followed by countless hypotheses, reported by the newspapers, on the possible nature of the event (one of th most accredited, a light version of the Salone that would have seen the city and its main cultural institutions at the forefront).

The 59th edition, explains the official note, will take place from 5 to 10 September 2021 at FieraMilano Rho and this is already an important milestone after all the voices of corridor.

It will have, we read again, “an unprecedented look, careful to enhance the novelties, technologies and projects of companies. To pick up the thread of an interrupted conversation in presence, but not for relationship and contact with the market, professionals, customers or simple enthusiasts ".

Not much is said about this "unprecedented form" except that there will be a (still unnamed) curator "of international fame" and that there will be "exhibitions and thematic itineraries integrated with products and news from the last 18 months: they will dialogue with the new one, new digital platform that will be presented shortly ".

It is commendable that, after so much silence, the Salone takes a stand with a proactive communication. And that there is a project that takes into account the fact that, even if we would like to be, we have not returned to pre-pandemic normality. But the total lack of details 4 months before the start of the event leaves everyone a little stunned. Who will be the curator? What kind of "exhibitions and thematic itineraries" will there be and how will companies be involved? And, above all, what will the "new, unprecedented digital platform" be like?  The official presentation, they promise us, will be done "shortly".

According to the press release, the decision for this type of event - almost a "bridge" to keep the name of Milan high and arrive next April with great fanfare, with the many coveted international presences - was the result of "a constructive internal debate and of an intense planning work which ended with the total sharing attested by a unanimous vote ".

In the coming days, this is the promise, we will have the path that will lead to the organization of the September edition. The design world awaits confidently.

After weeks of uncertainty, official confirmation arrives: the Salone del Mobile.Milano will be there.

The 59th edition will take place from 5 to 10 September 2021 at FieraMilano Rho and will have, according to the press release, “an unprecedented look, careful to enhance the news, technologies and projects of companies. To pick up the thread of an interrupted conversation in presence, but not for relationship and contact with the market, professionals, customers or simple enthusiasts”.

At the end of a constructive internal debate and an intense design work that ended with the total agreement attested by a unanimous vote, the leaders of the Salone del Mobile.Milano defined the steps that in the coming days will determine the path that will lead to the organization of the September edition.

The project of the 2021 event – which was first announced to the Presidency of the Council of Ministers and subsequently to all the national institutions involved and those of the territory, as well as shared with the historic partner Fiera Milano – will be entrusted and coordinated by a renowned curator international and will aim to strengthen links, relationships and concrete actions with the economic and social fabric that recognizes the centrality and relevance of the Salone del Mobile.Milano.

The Salone, open to all international and Italian exhibiting companies, will be held at FieraMilano Rho and will see exhibitions and thematic itineraries integrated with products and news from the last 18 months that will dialogue with the new digital platform that will be presented shortly. The event will take place in compliance with the prevention and safety directives and ordinances envisaged for trade fairs.

“We believe that the appointment of next September 5” reads the press release “develop significant membership potential and global representativeness of products, excellence and innovations in the sector. Around the 59th edition of the Salone del Mobile.Milano – thanks to the factual contribution of a historically productive, highly dynamic and proactive territory – it will be possible to develop those initiatives and events which in terms of climate and environment make it unique in the world”.

“I'm confident” explain Gianfranco Marinelli, president of FLA Eventi “thanks to the support received from the institutions, first of all from the President of the Republic, Sergio Mattarella and the Prime Minister, as well as from the other Ministries involved and participating, and the willingness of companies to make a contribution to the success of the event, we will be able to give life to an innovative and attractive international and quality exhibition. We are aware that the success of an event such as the Salone del Mobile.Milano will be confirmed by the fact that citizens will understand and appreciate, once again, the contribution it is able to give to the country in terms of growth, image and credibility. I am proud to say that this time too we will make our contribution”.

“I thank the FederlegnoArredo Presidency Board, the members of the Federlegno Arredo Eventi Board of Directors and our entrepreneurs for sharing points of view, ideas and needs” says Claudio Feltrin, president of FederlegnoArredo “a team effort that will allow us to organize a special, unique edition, just as unique is the period we are experiencing. We have won a great challenge: to give companies, from large to small realities, which represent the fabric of the supply chain, the best showcase to enhance international and made in Italy excellence. Now we will continue in this direction as always in close synergy with the city of Milan. The certificates of esteem and closeness, received in recent days by all national and local institutions, are the best recognition to the many entrepreneurs who over the years have made the Salone del Mobile a unique and admired concept in the world”.